You are using an outdated browser. Please upgrade your browser to improve your experience.
by Christine Chan
December 2, 2013 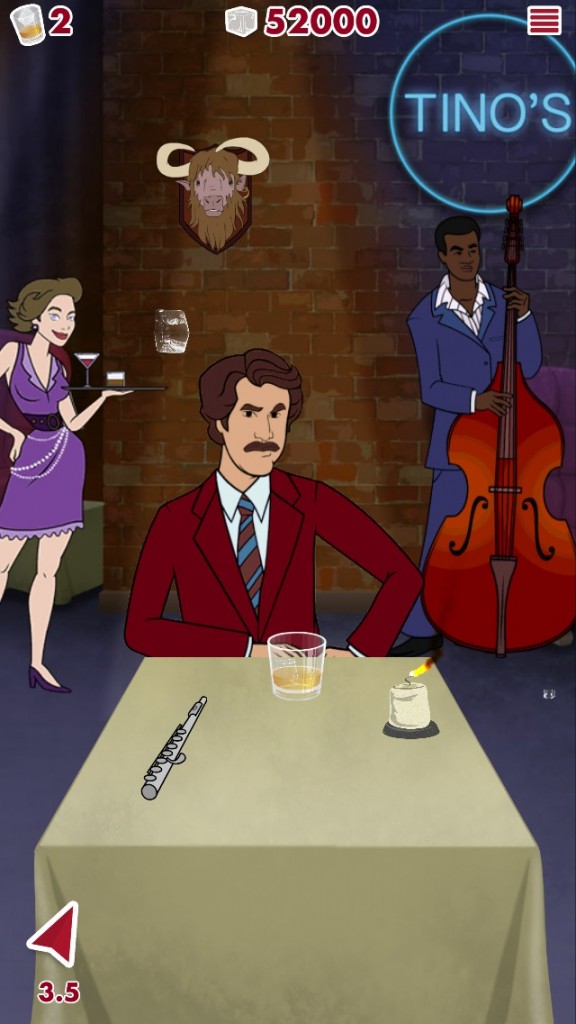 Anchorman 2: Scotchy Scotch Toss ($0.99) by Paramount Digital Entertainment is a fun little game for any fan of Anchorman and Ron Burgundy. If you can’t wait for the sequel that is coming out on Christmas, then this is a good way to get your fill of Burgundy’s humor until the big screen.

If there’s any movie that I’ve been eagerly anticipating this year, it’s definitely Anchorman 2. I was a huge fan of the first one, and I would even say that it’s one of my favorite comedies of all time. I quote it often and make references to it with my friends all the time. When I first heard that they were coming out with a sequel, I instantly jumped with joy. There’s been a lot of marketing for the movie as well, but each time I see something new about it, I get more excited. And now it’s December, just weeks away from the release of the movie in theaters. In the meantime, I will keep myself busy with the addictive little Scotchy Scotch Toss game. 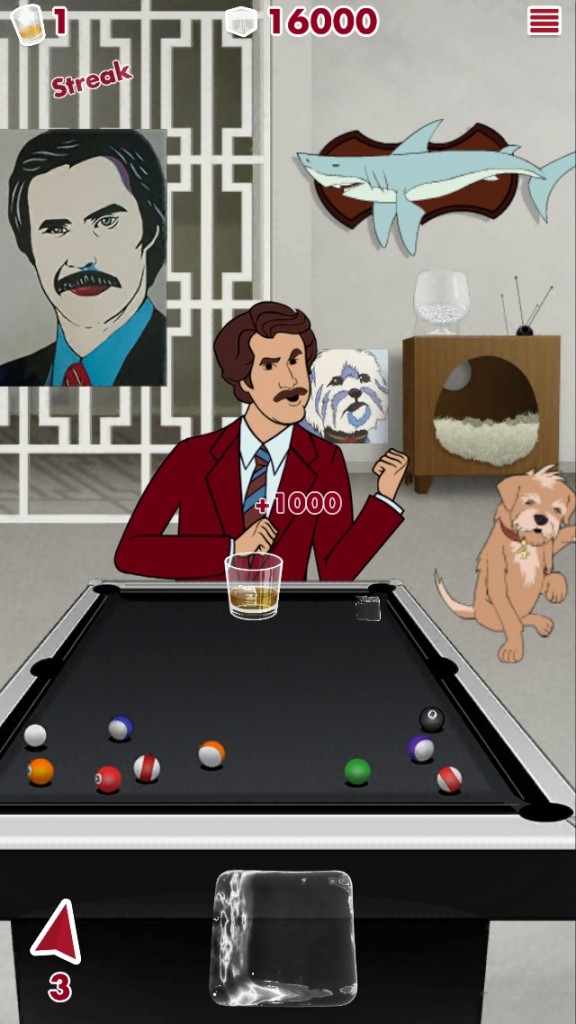 This is basically like Paper Toss, except with scotch, ice, and Ron Burgundy. The visuals are done in a cartoon-like style, though I found that it falls a bit flat since it looks pretty basic. You can choose from four different environments, though these don’t really change anything except what you’re looking at. While the animations in the game are fairly simple, I wish that there was more to it. I found it could get a bit choppy at times when accessing the game menu while in a game, so I hope this gets fixed in the future. The music is pretty relaxing though, which should help you focus on satisfying Burgundy’s need for scotch by tossing the ice in the glass.

Regardless of which scenario you choose, the gameplay is the same. You have an ice cube at the bottom of the screen, and it’s your job to “toss” it into the scotch glass in front of Burgundy. This is done by flicking it with your finger. Of course, things wouldn’t be that simple, right? To add a bit of a challenge, there’s somehow some wind in the room that will change angle and speed after each toss. You can view this by the arrow in the bottom left corner.

As you toss ice, Burgundy will give you wise words of either wisdom or concern, depending on how you’re doing. If you’re doing terrible, he will make sure to tell you that — at least he’s honest. I’m not sure how many lines he will actually say, but I’ve been hearing a lot of the same lines over and over. I think it gets a bit more varied as you get more consecutive tosses in, as I’ve noticed that he says new things when I’m on a streak. All of the sayings are actually voiced by Will Ferrel himself. There are also some hidden tricks, depending on which stage you pick. I recommend you try tossing ice at Baxter when you get a chance to see what happens.

While you get points for your good throws and multipliers when you’re on a streak, it’s all really just for your own records. The game doesn’t really end, and you just keep tossing ice until you’re done by going back to the main menu or quitting the game. I kind of wish that it would save your score on each stage or something, because right now it just feels kind of pointless. 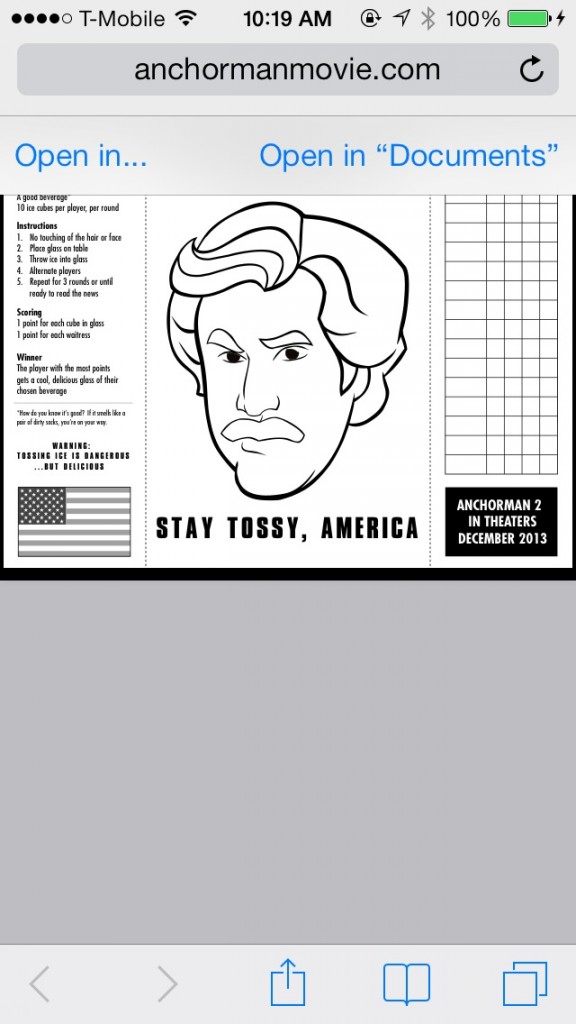 If you link up your Facebook account to the game, you can challenge friends who also have Scotchy Scotch Toss. This will feature three rounds, with 10 pieces of ice each. Whoever gets the most ice in the glass wins. I just wish that this was also done through Game Center as well, rather than only Facebook.

An added bonus is the ability to print out a copy of the Table Top Rules for the game, including a life-size portrait of Ron, which can accompany your games with real ice and scotch. If you don’t want any sound, voice, or music on while playing, these can all be turned off in the game menu.

While I’m enjoying the game for what it’s worth, I was hoping that the dialogue would be a bit more varied. I’ve been hearing the same lines over and over, and that gets tiresome. I think it would also be better if the single player mode was more like the two player mode, so that there would be more of an incentive to actually do well, and instead use the endless mode as practice.

Still, the game is enjoyable, and definitely a fun way to kill some downtime while also getting your Anchorman 2 fix until the movie comes out. You can find Anchorman 2: Scotchy Scotch Toss in the App Store as a universal download for $0.99. 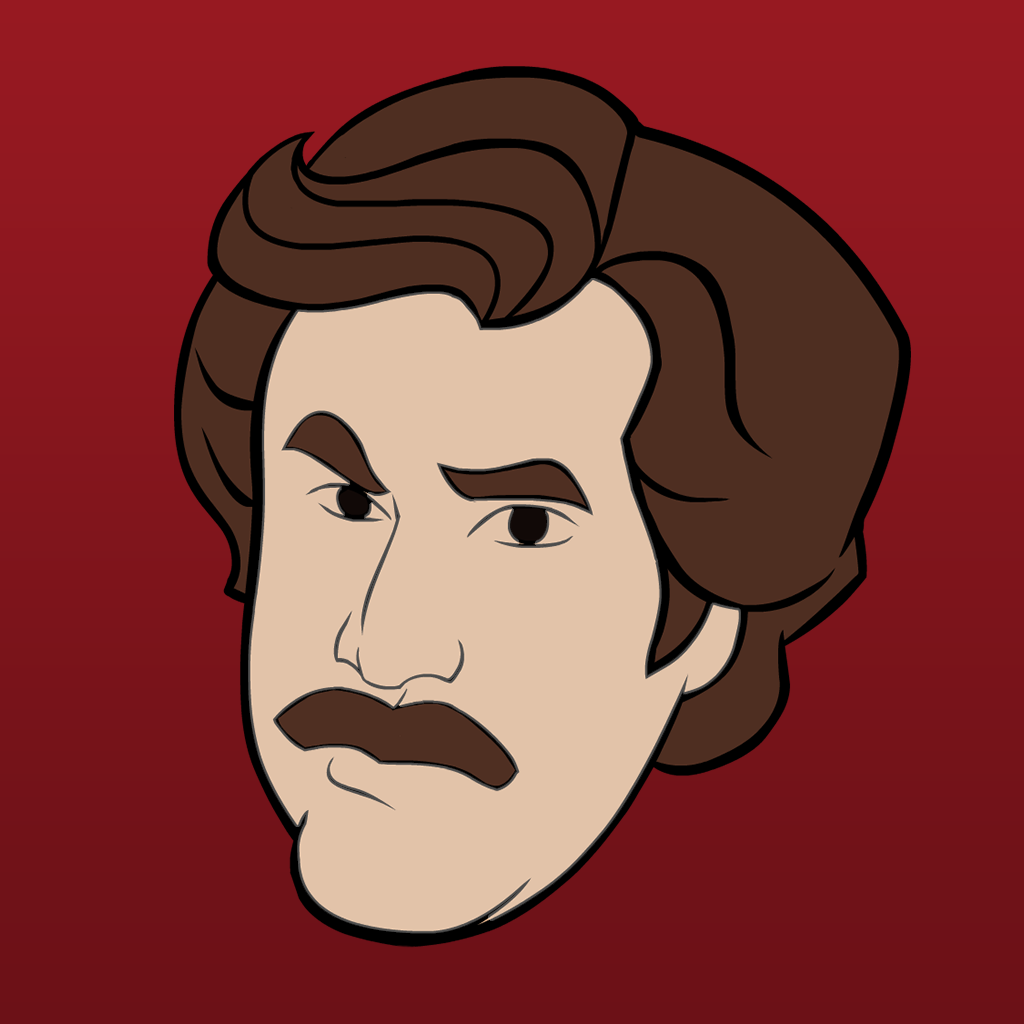 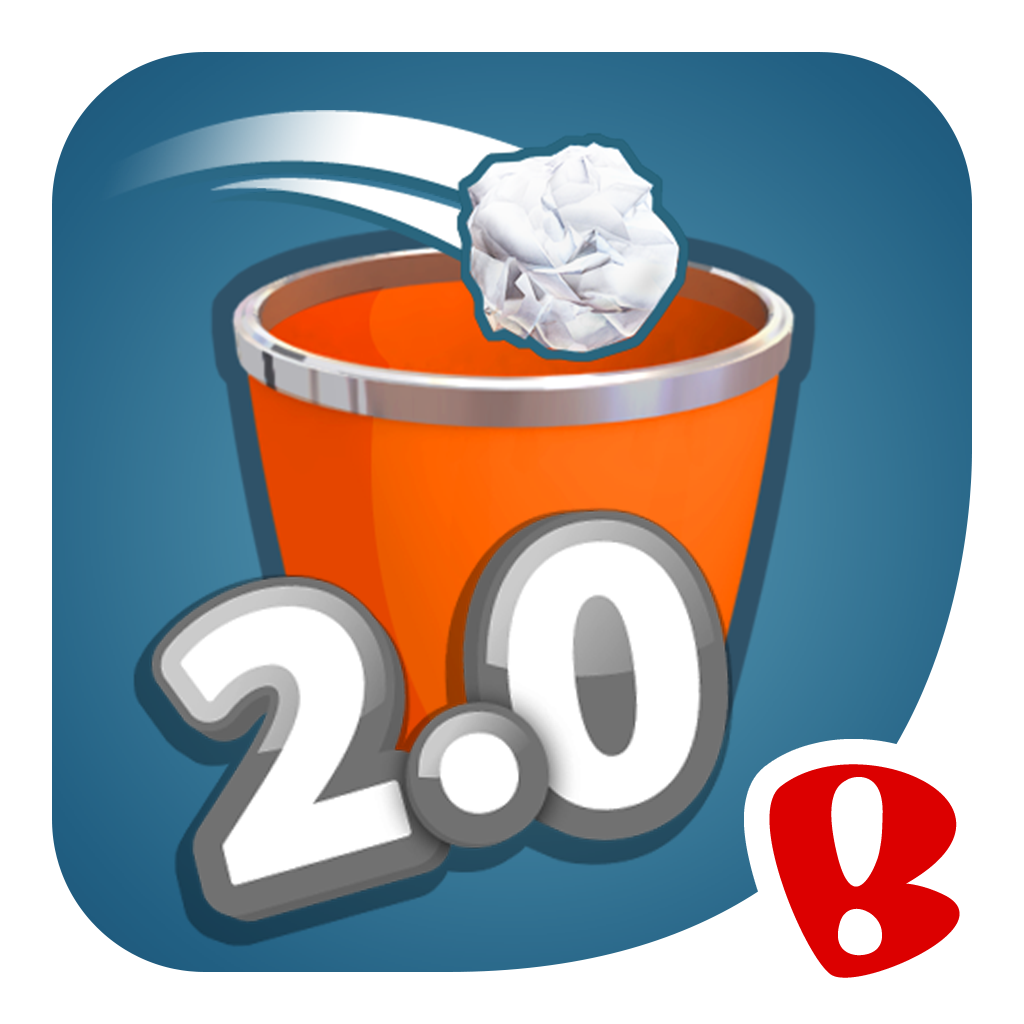 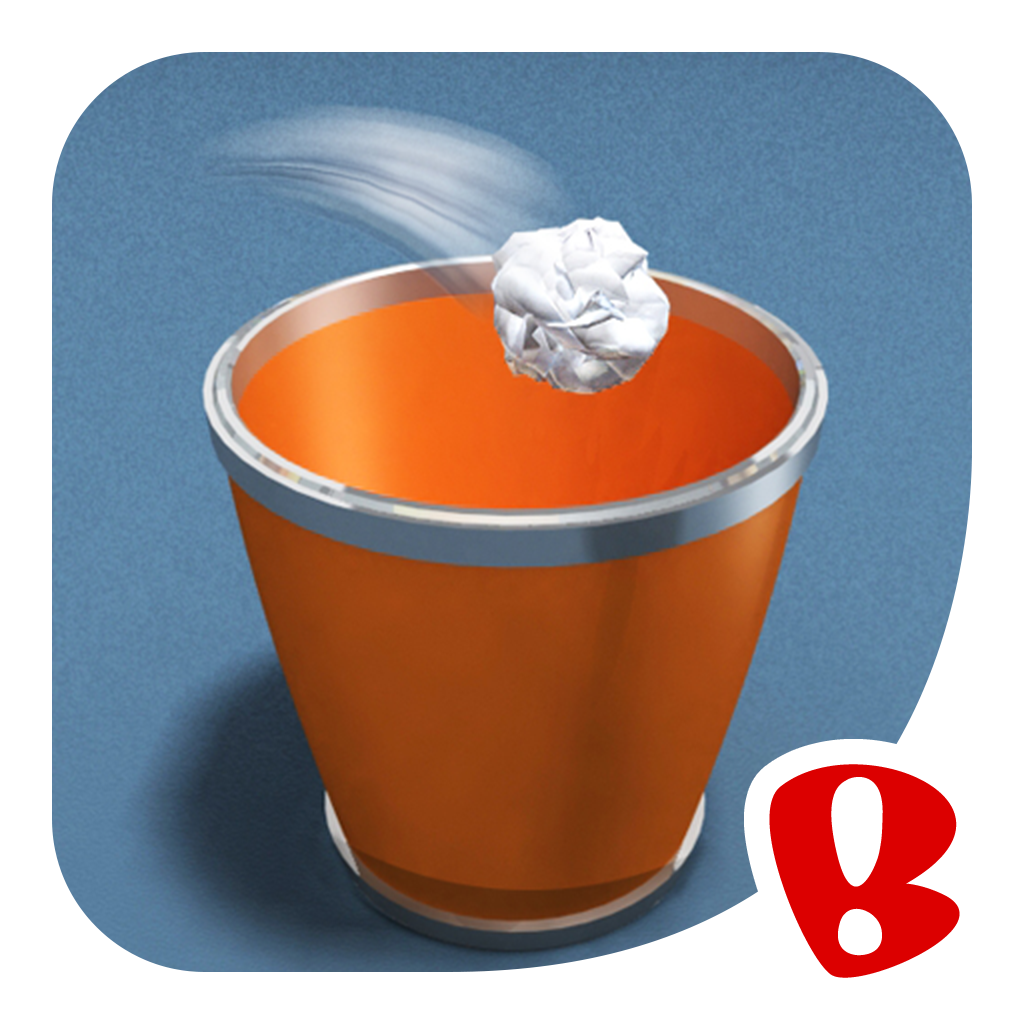 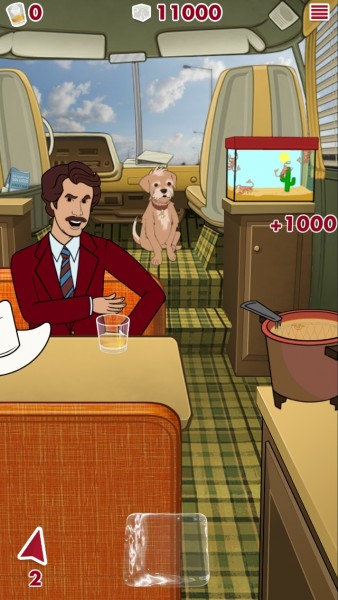 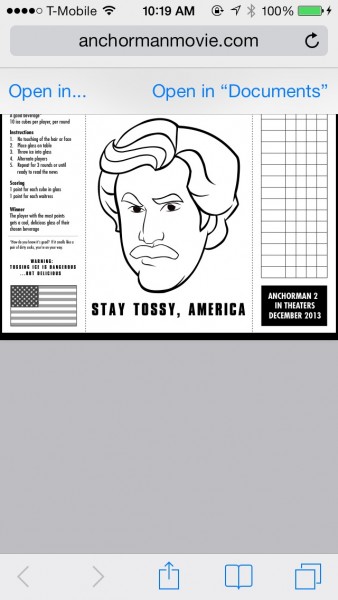 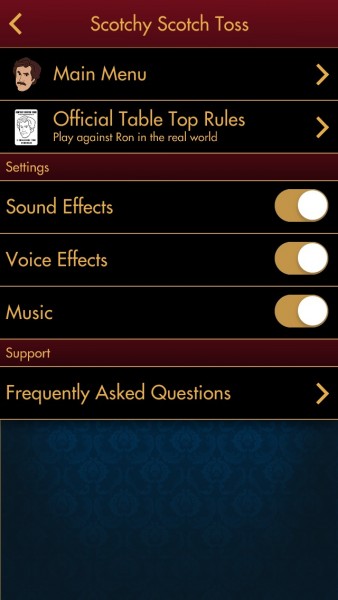 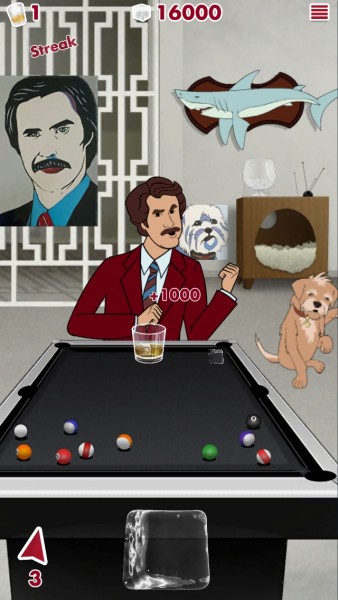 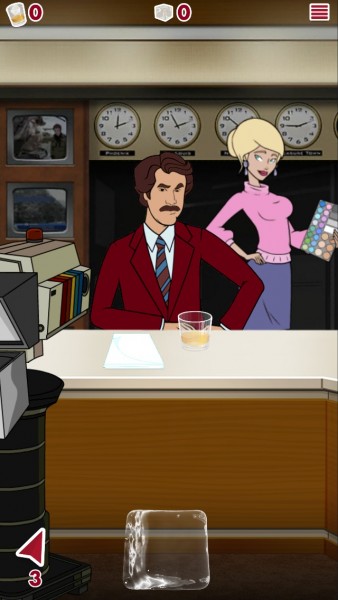 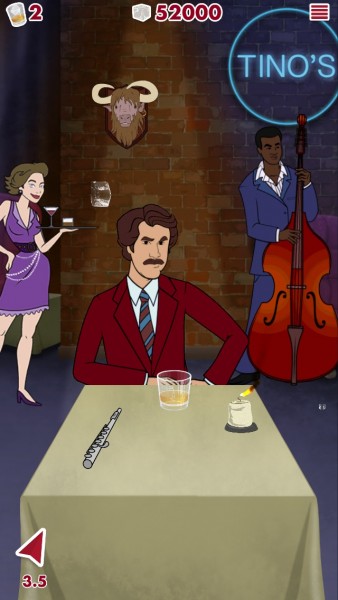 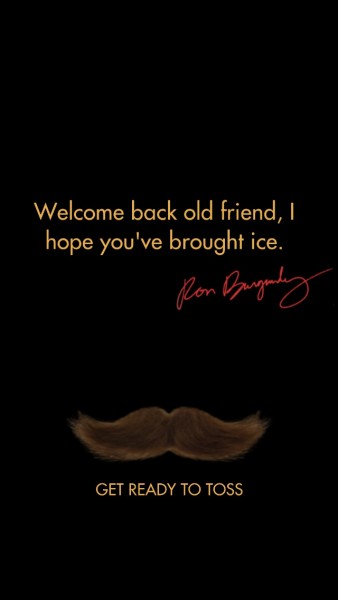 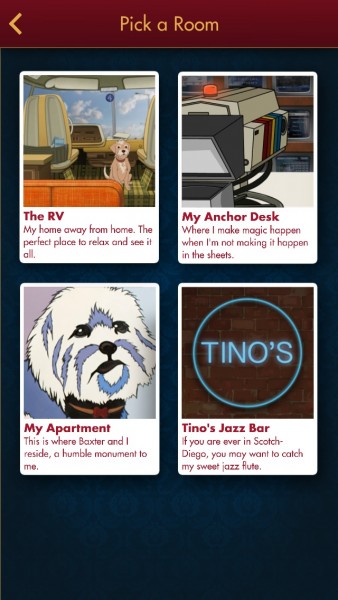 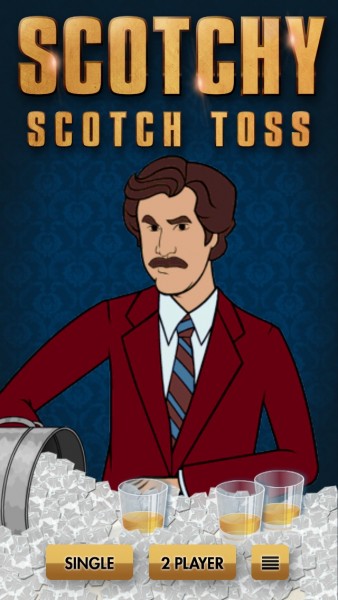 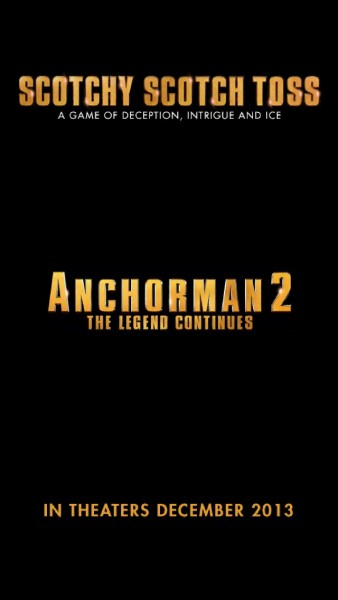