You are using an outdated browser. Please upgrade your browser to improve your experience.
by Christine Chan
June 19, 2014 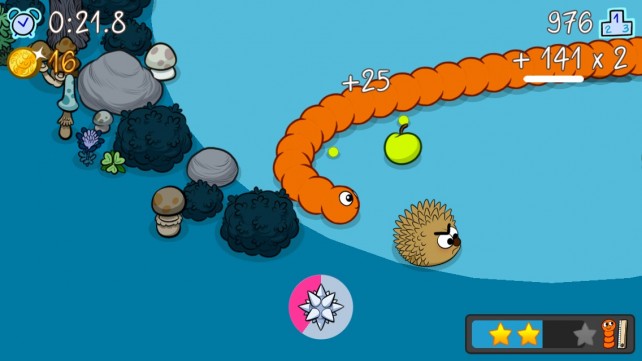 Grub (Free) by PIXOWL INC. is a modernized take on the classic game, Snake. If you’ve ever been addicted to Snake on your old Nokia cell phone (or whatever you used before the iPhone), then you will definitely enjoy Grub.

Oh yes, Snake — I spent hours of my time on that little mobile time waster back in the day. Whenever I had to wait around for something, I totally grabbed my cell phone back then and just opened up Snake to kill that boring time. I mean, who didn’t back then? Sure, the game is quite boring now, compared to all the exciting new games we get every day with the App Store, but back then, it was all the rage just watching that pixelated line move around and grow as you eat the “fruits” while avoiding the enemies, all of which were nothing more than a pixel on the screen. So when I heard of Grub coming to the App Store, I was pretty excited. If you’ve been pining for a modern version of Snake, then you need to check out Grub. 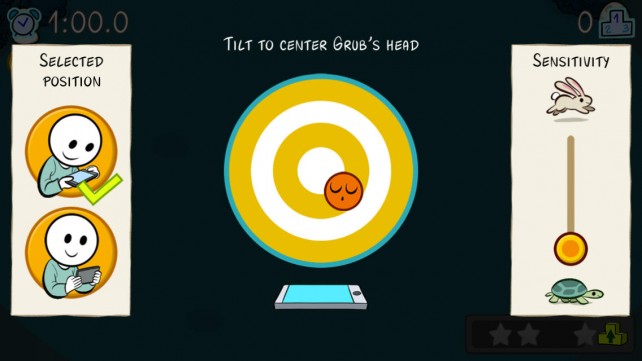 The visuals in Grub are delightful, especially if you like a charming, cartoonish aesthetic. The game’s world features colorful and lush environments that are detailed and quite easy on the eyes, making it appealing to all ages. The animations are quite smooth and fluid, especially for a fast-paced game such as this one. The game’s soundtrack is quite fun and catchy, and the sound effects are rather cute.

Grub is a level-based game with a total of 15 stages, so you can freely go back and replay levels if you want to do better. It may not sound like a lot, but each level has its own set of objectives that you will need to achieve if you want to earn the three maximum stars on the level. Plus, given the different things you need to do, the game itself is much more challenging than the traditional Snake game.

To help new players get the hang of things, Grub features two tutorial levels in the beginning to introduce you to how the game works — there’s no way to skip this, unfortunately, and you need to go through them in order to access the regular levels.

The game’s tilt controls are quite simple. Before you start each stage, you can choose between two different tilt schemes: top-down or slightly inclined. Once you choose the position, you can calibrate the accelerometer by tilting Grub’s head to the center of the bullseye target on the screen. If the sensitivity is too high, just adjust it to your preference with the slider to the right. When Grub’s head gets to the center of the target, the game will detect it immediately and begin the countdown to the start of the level — if he gets moved, the timer stops and you’ll have to get back to the middle to start it up again.

Basically, you just move Grub over to fruits to eat them and grow, collect spike power-ups to be able to kill enemies for a few seconds, and avoid the rotten fruit or lose points. You will get more points for each fruit and kill if you’re bigger in size. There are also coins to collect to spend in the Shop. 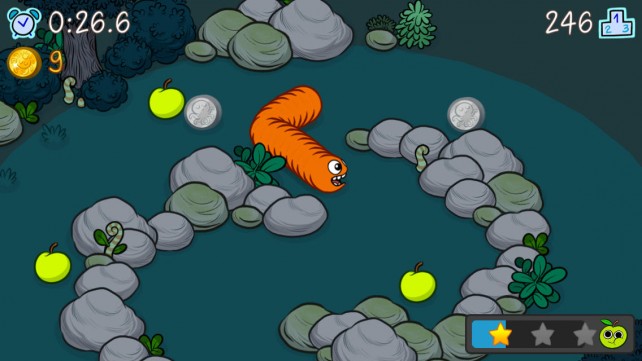 An annoying thing to watch out for with Grub is that since it is a free game, it uses that energy system that is so popular with freemium games. Playing a level will use up a heart, and you have five hearts at a time (located at the top right). They will refill over time, so you will need to take a break after they’re all depleted, or you know, get refills through in-app purchases. Personally, I wish games like this were just paid to start with, and allowed me to play as many levels at once as I want.

As mentioned, each level will have it’s own objectives to complete to earn stars, and you can see these objectives on the level screen before you start it up. These objectives will range from just collecting some fruits in the allowed time, getting to a certain size, scoring a big combo, or you need to kill a certain amount of enemies before the timer runs out. Each level will be timed, so you only have so much time to complete the goals.

Grub has access to a shop on the level selection screen to purchase various things to help him out during the game. You can get various upgrades, such as longer-lasting spikes, magnets for making fruit and coin collecting easier, and even freeze enemies with ice. There are also other things you can get in the shop, such as coins and specials, but these are obtained through in-app purchases.

There are plenty of social features to boot as well, if you’re into that kind of thing. There’s Twitter and Facebook integration for seeing the progression of your friends, and there are even video replays that can be shared, along with comic strips as you get through levels. Grub also has full Game Center support for leaderboards and achievements.

As someone who really loved playing Snake back in the day, I am enjoying Grub’s fresh new take on the classic. The visuals are cute and amusing, the control scheme works (not usually a fan of tilt controls), and it’s actually challenging, due to the different setups, timer, and obstacles of each level. I just wish that the game did not use the annoying energy system, because I hate being restricted in how much I can play in one session.

Still, I recommend checking out Grub if you’ve been looking for a fun and contemporary take on the classic Snake game. You can get Grub on the App Store as a universal download for free with in-app purchases. 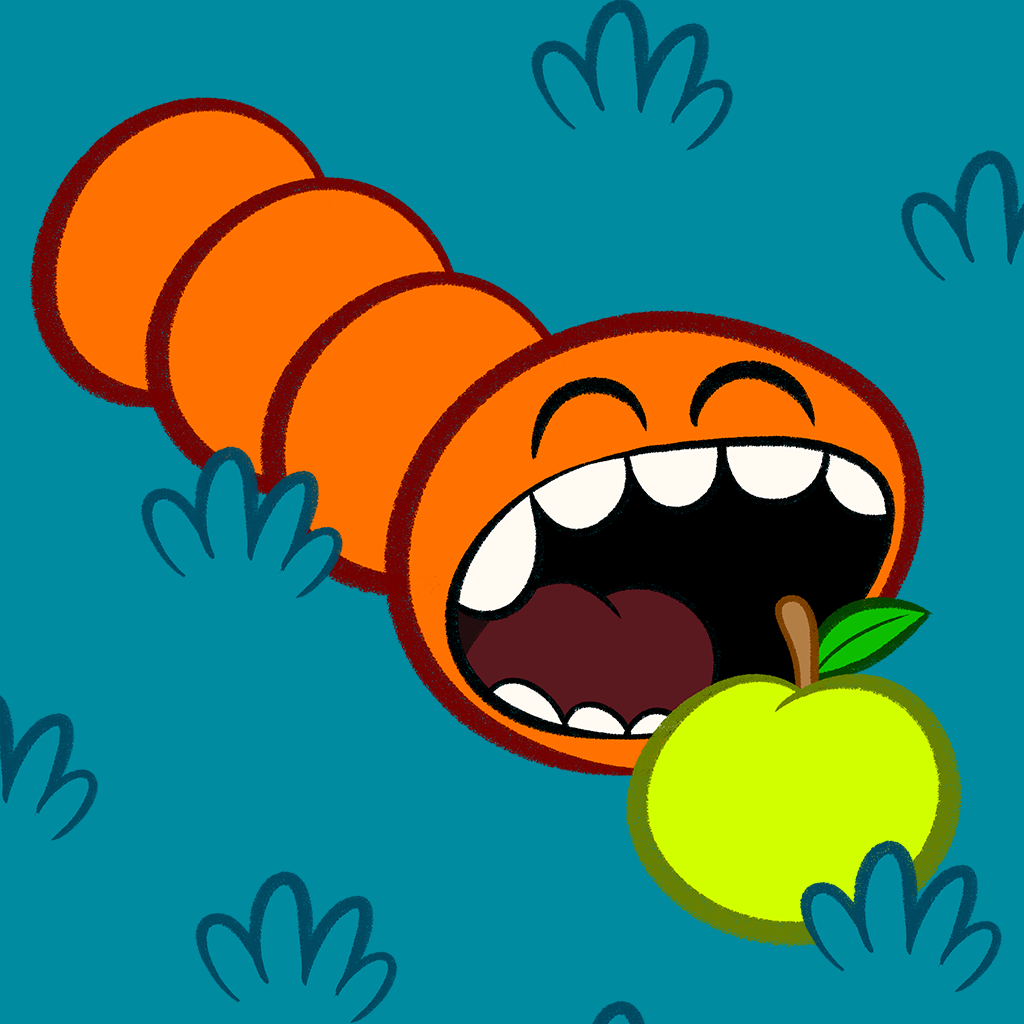 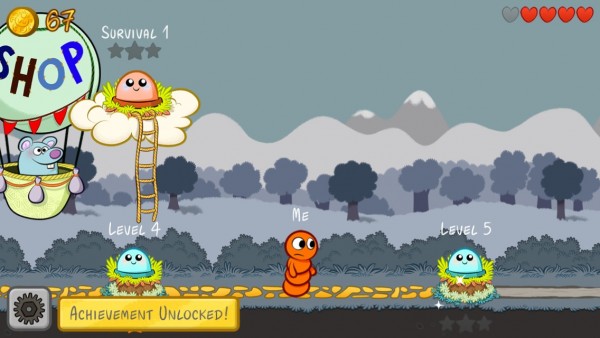 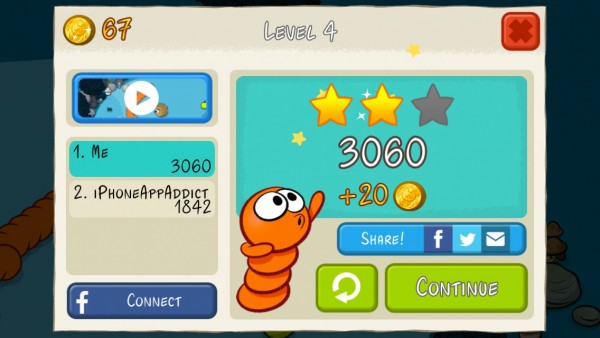 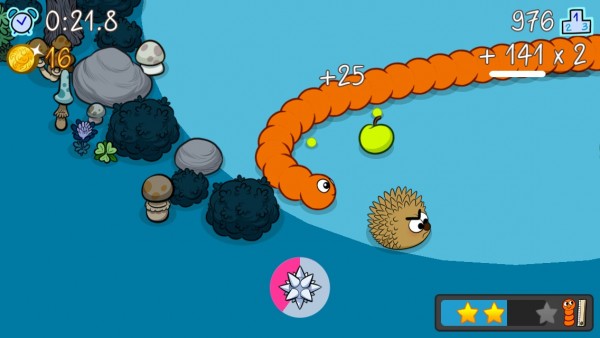 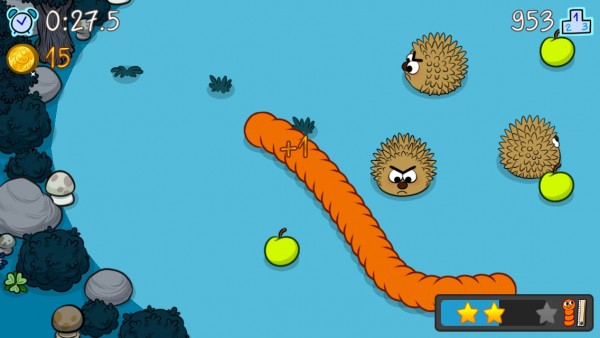 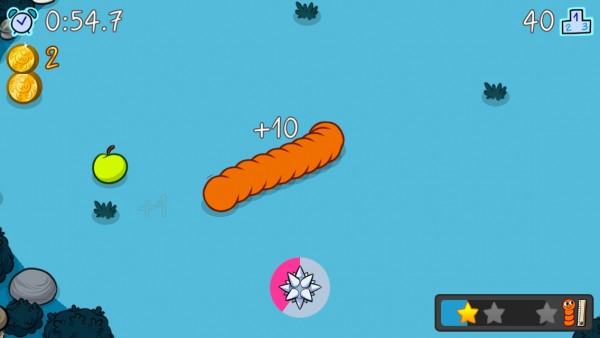 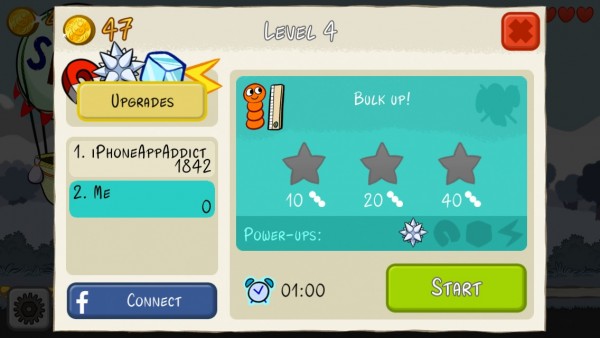 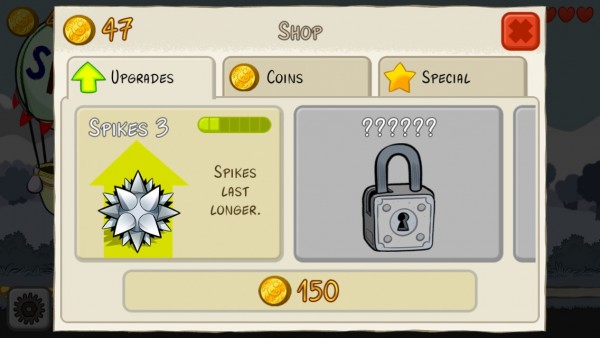 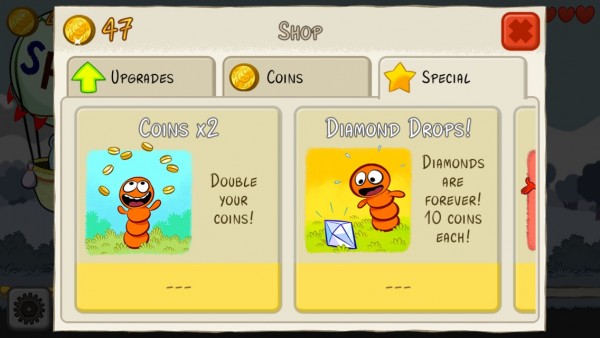 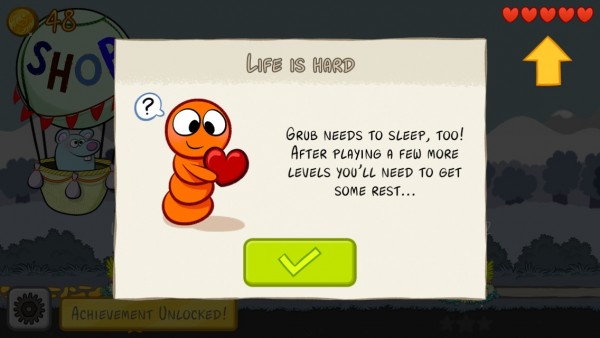 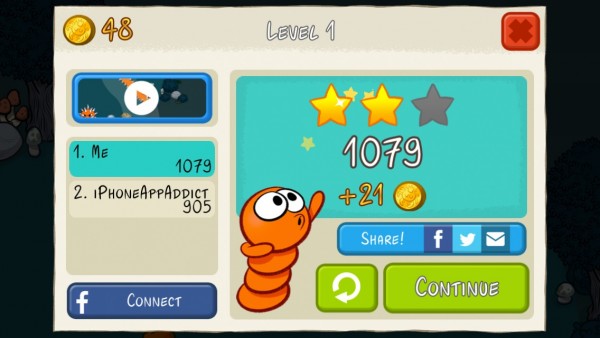 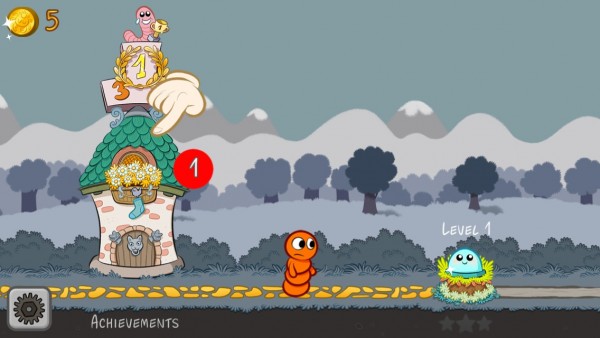 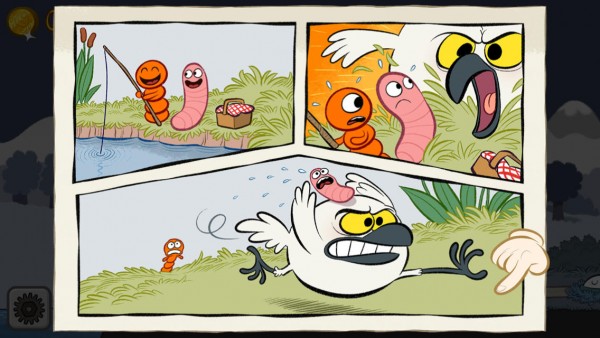 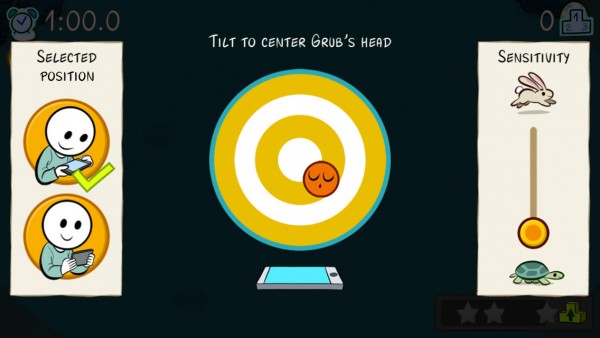 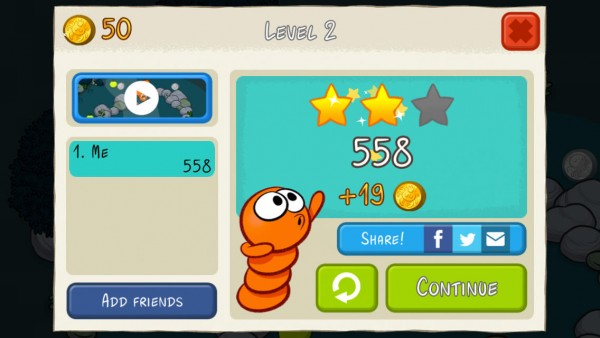 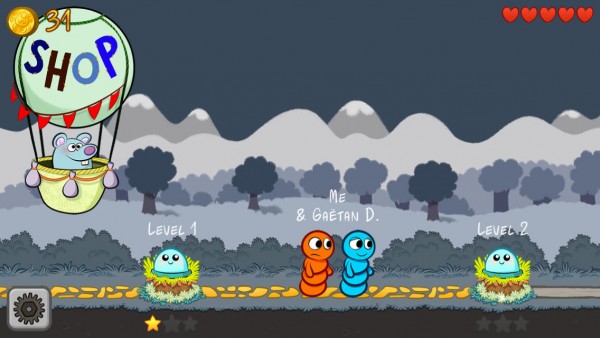 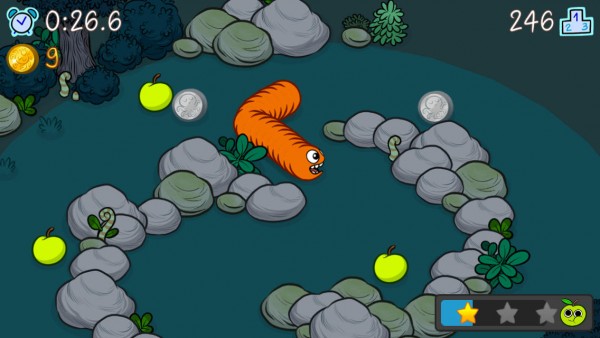 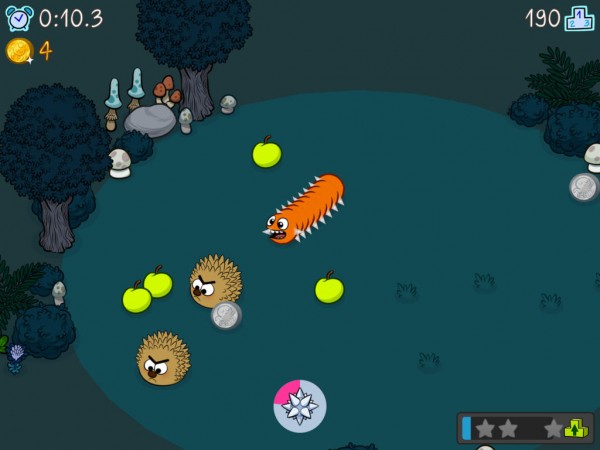 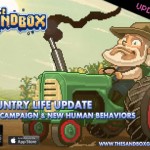 The Sandbox Challenges You To Live The Country Life In Its New Campaign
Nothing found :(
Try something else