You are using an outdated browser. Please upgrade your browser to improve your experience.
by Daniel Celeste
October 28, 2013 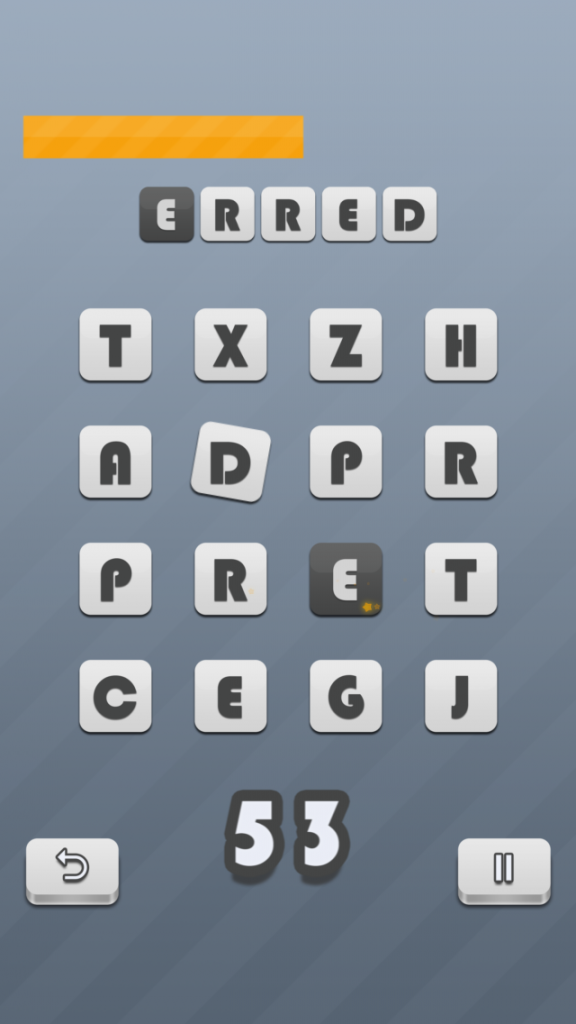 Next Letter ($0.99) by RJ Cooling is a fast-paced word game that is great for those who could improve their spelling abilities or reflexes. The concept is similar to completing a word search, but it is more like a “letter” search. 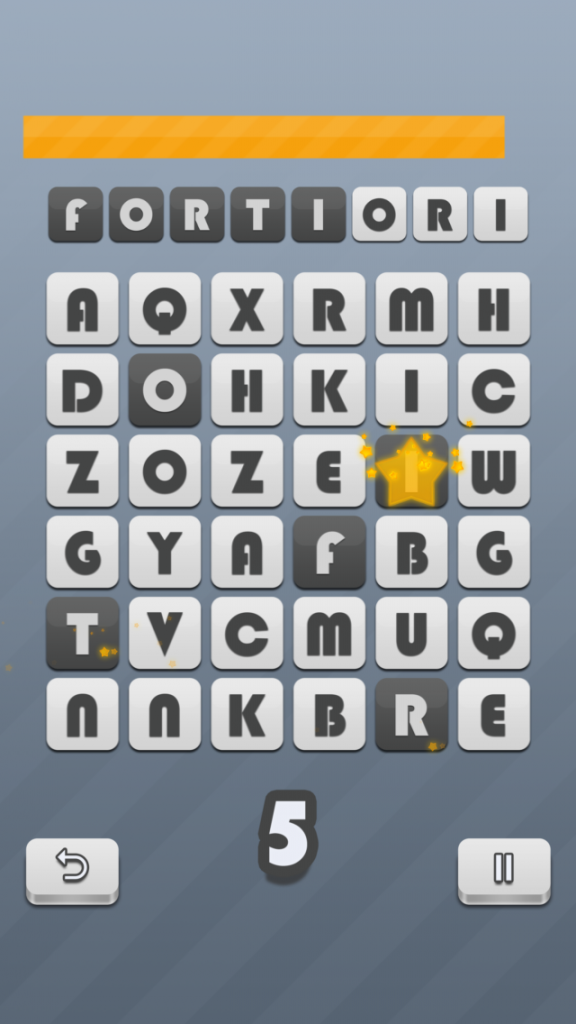 The gameplay in Next Letter is best described as “reverse typing.” To better understand what I mean, think of what you do when you send text messages to a friend. You probably think of words to write, and begin typing them with your iPhone’s keyboard. However, in Next Letter, the process is quite the opposite. Words are given, and you must spell them out using a letter grid with randomly placed letters.

While you search for letters, the meter at the top of the screen will drain. You can slowly fill it by choosing the correct letters in a timely fashion, but once it is fully empty, the game is over. The score is measured in points, with one correct guess gaining a point and an incorrect tap losing one.

There are three modes of gameplay, simply referred to as “easy,” “medium,” and “hard.” After spending some time in each of these modes, I must say that they each live up to their names. In the easy mode, there is a 4-by-4 grid of letters to choose from, with the size increasing to 5-by-5 and 6-by-6 in medium and hard mode respectively.

Since the concept of simply searching for letters seems easy, I was surprised to discover how challenging Next Letter actually is. While the increasing grid size and time limit may seem like most of the challenge, the hardest component of the game is trying to read the typography. I’m not sure of the font that has been used, but it makes some letters look like hieroglyphs. Let’s just say that after trying to decipher these letters, no one should ever complain about Helvetica Neue again. 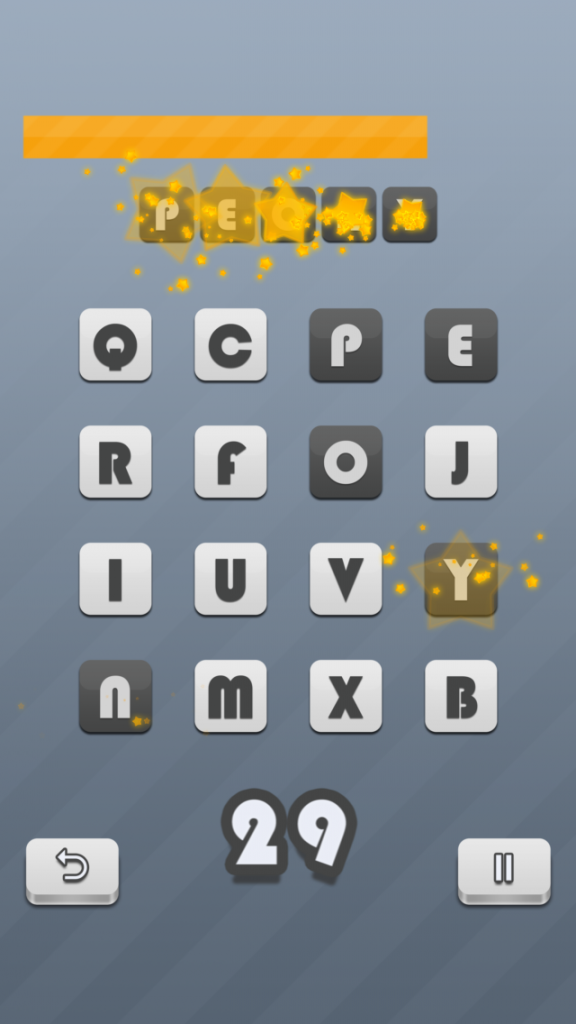 Word games often get boring or repetitive very quickly, and this has a major impact on their lasting appeal. Although Next Letter probably won’t keep you hooked for months at a time, it should keep even the shortest of attention spans occupied. For $0.99 in the App Store, Next Letter can be your next iPhone word game. 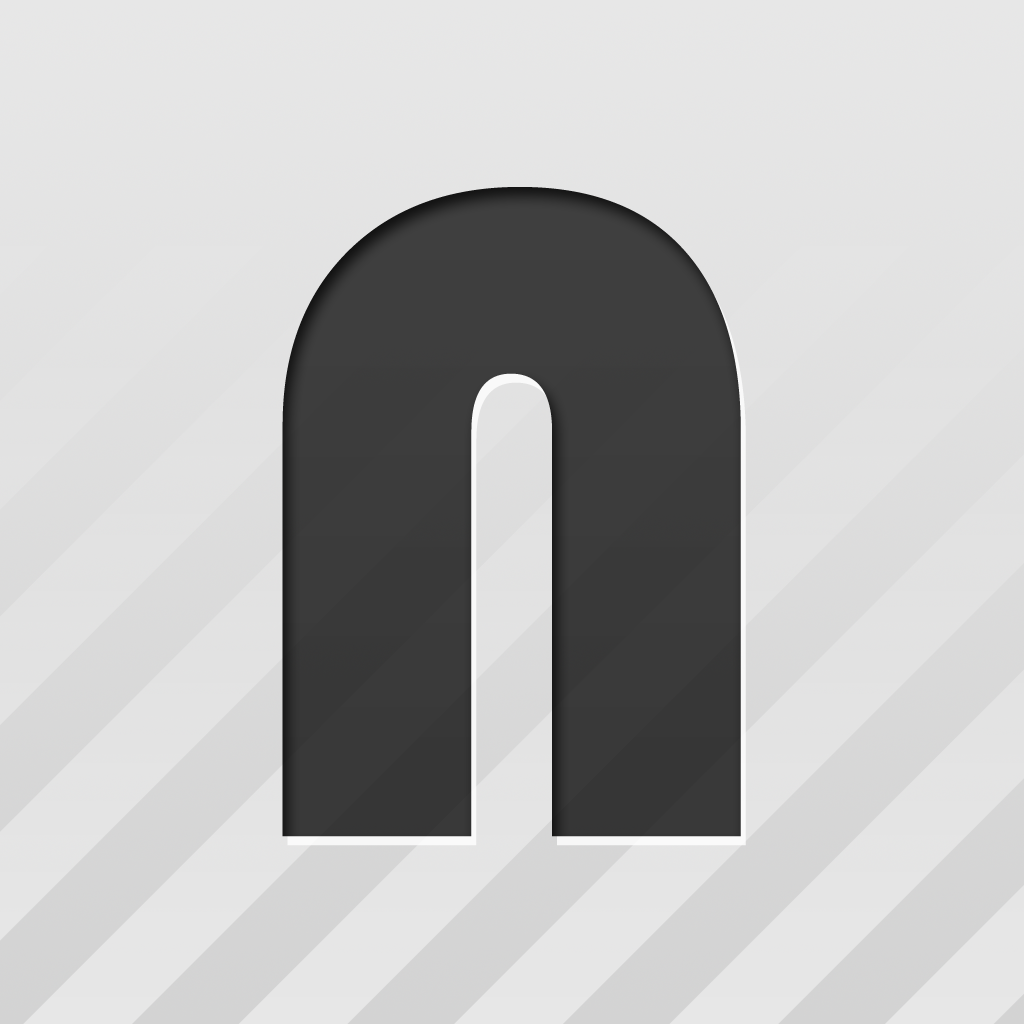 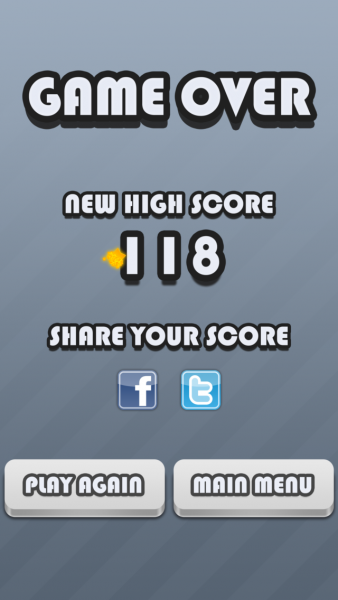 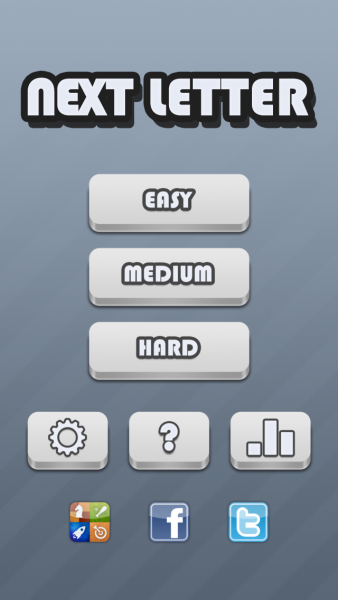 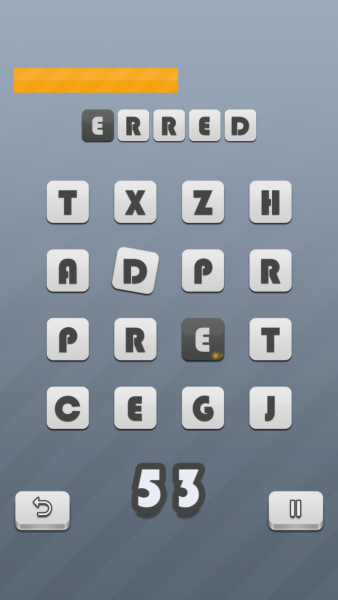 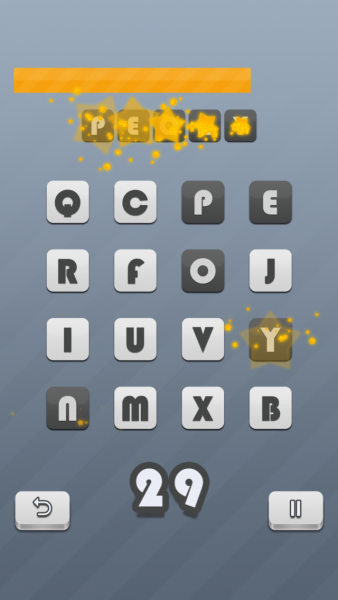 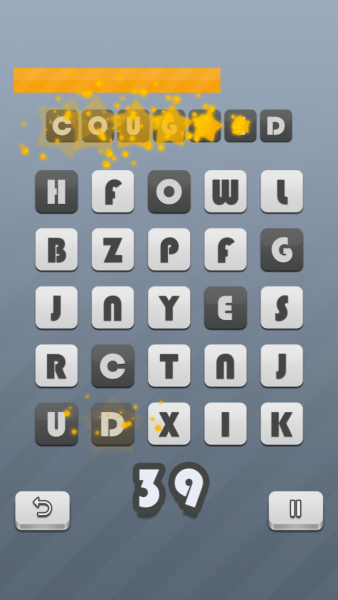 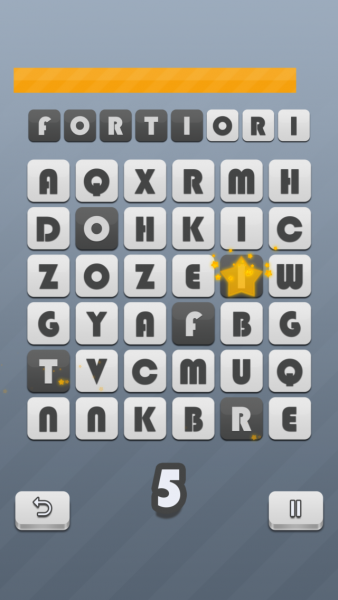 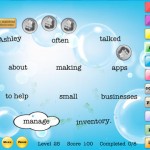 So You Think You Know Your Parts Of Speech? Find Out With Grammar Pop HD For iPad
Nothing found :(
Try something else