You are using an outdated browser. Please upgrade your browser to improve your experience.
by Daniel Celeste
June 26, 2014 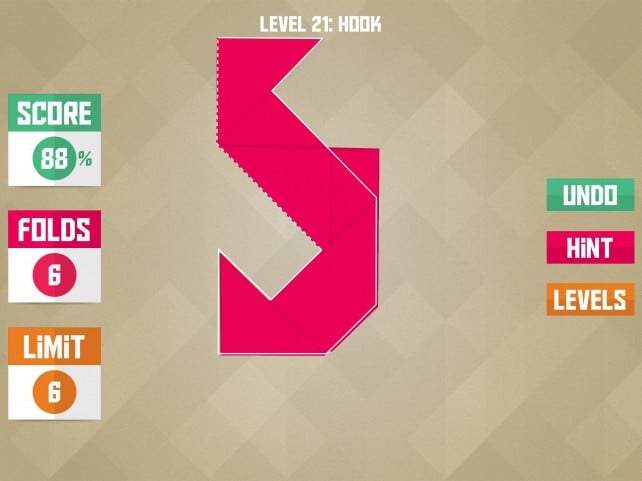 Paperama (Free) by FDG Entertainment, the mega-publisher who brought games like Oceanhorn, Slayin, Clear Vision, and Cover Orange to the masses, is a well-crafted puzzle game that’s all about virtual origami. Although actual origami is a hands-on activity, requiring a lot of dexterity and knowledge about how paper folds, Paperama does a surprisingly fantastic job at turning origami into a two-dimensional art. Despite not being the real thing, Paperama makes origami digital in a way that is understandable and easily accessible – especially for people like me who weren’t born for the arts. 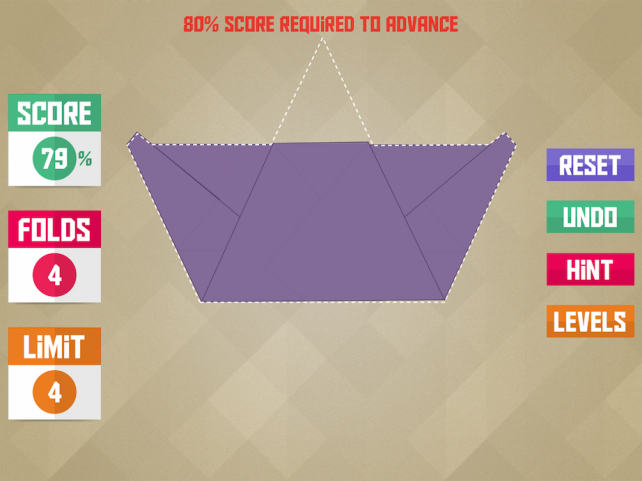 One particular detail about Paperama I’m in love with is the game’s design. The graphics are composed entirely of virtual colored paper, with music that is so peaceful to hear that time will fly by without you noticing or getting stressed out because of the game. In the future, I could see a game like this featured somewhere in Apple’s promotional content.

Each of Paperama’s 72 levels tasks the user with folding a square piece of paper into a shape shown by an outline. Although you start off making squares and triangles, it becomes a real head-scratcher when asked to make a boat, crown, or swan out of that same square piece of paper.

As you fold edges of the paper by dragging with your finger, the value of the percentage to the left increases. To pass any level, filling the target shape at least 80 percent will get you through, although if you want to finish with two or three stars, above 90 or 95 percent is required. From what I’ve noticed so far, folding is hit-and-miss; you either get it right on, or you don’t. At the same time, keep in mind that that shapes must be created using the exact number of folds as shown on the left side as well – no more, and no less.

Despite the million parameters you have to pay attention to while playing, Paperama still has a very casual feel to it, just like any game about origami should. There’s no time limit, nor is the amount of times you can undo a fold or restart a level limited.

Also, if you’re getting stuck a lot, hints are available that will complete some folds for you. The game comes with a few, and they can be earned in groups of three as you proceed, so despite also being available via in-app purchasing, paying for them isn’t crucial. Still, I would have preferred to see in-app purchases for something else in the end, like extra levels, and instead having a hint button that “recharges” between uses like we’ve all seen in other games. 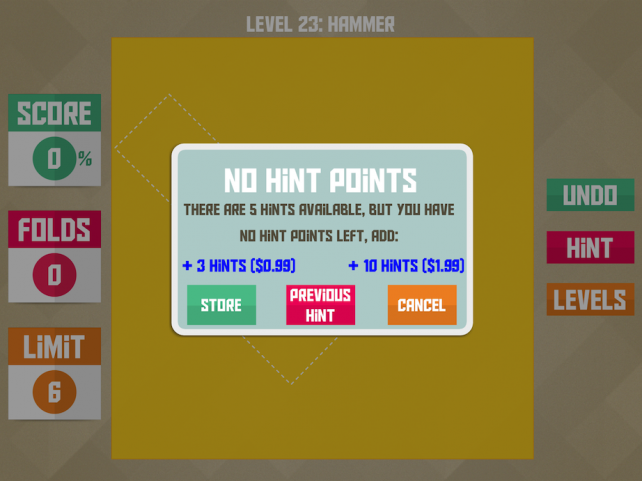 With the game’s uniqueness, laid back nature, and characteristic design, Paperama will surely be a hit. This title demands a lot of thinking, while preventing the player from feeling stressed even slightly while folding and creating each shape. If you haven’t already heard the news, you can find Paperama as a free, universal download on the App Store here. 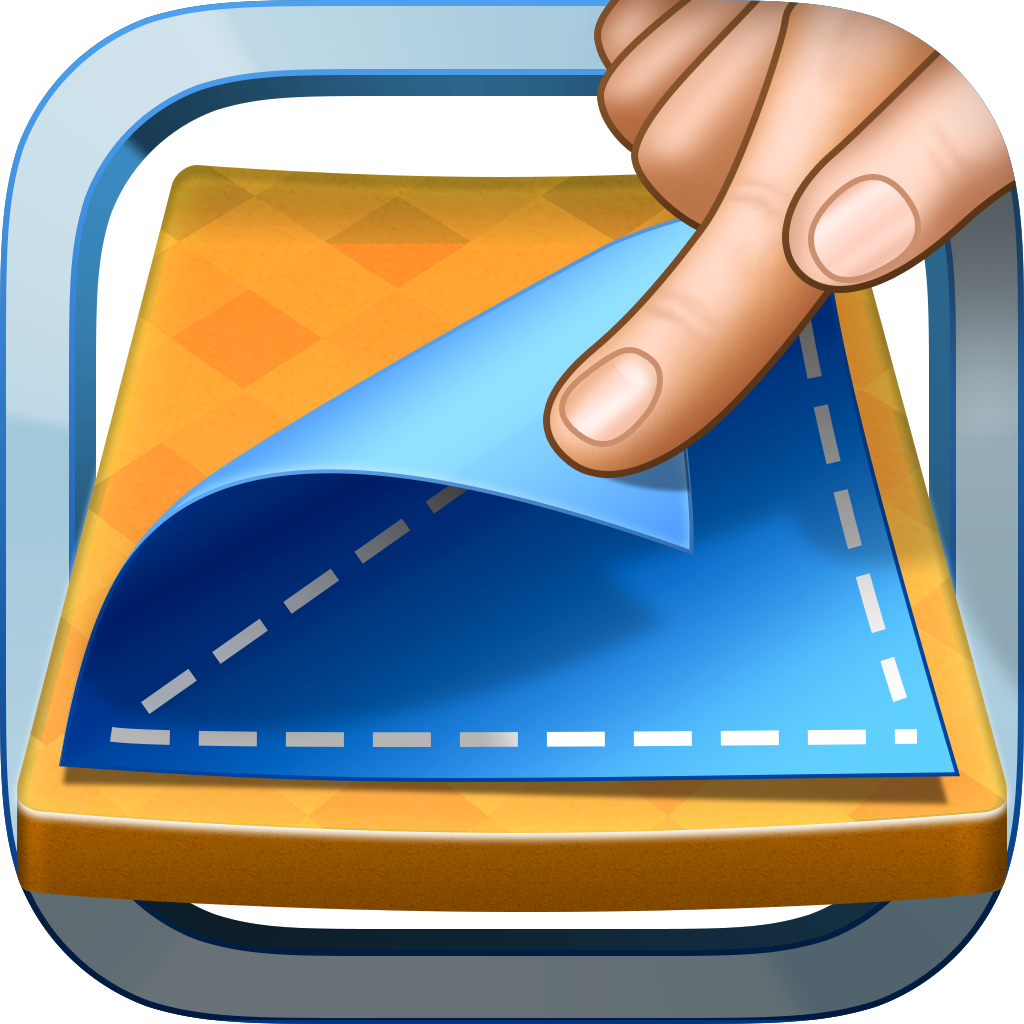 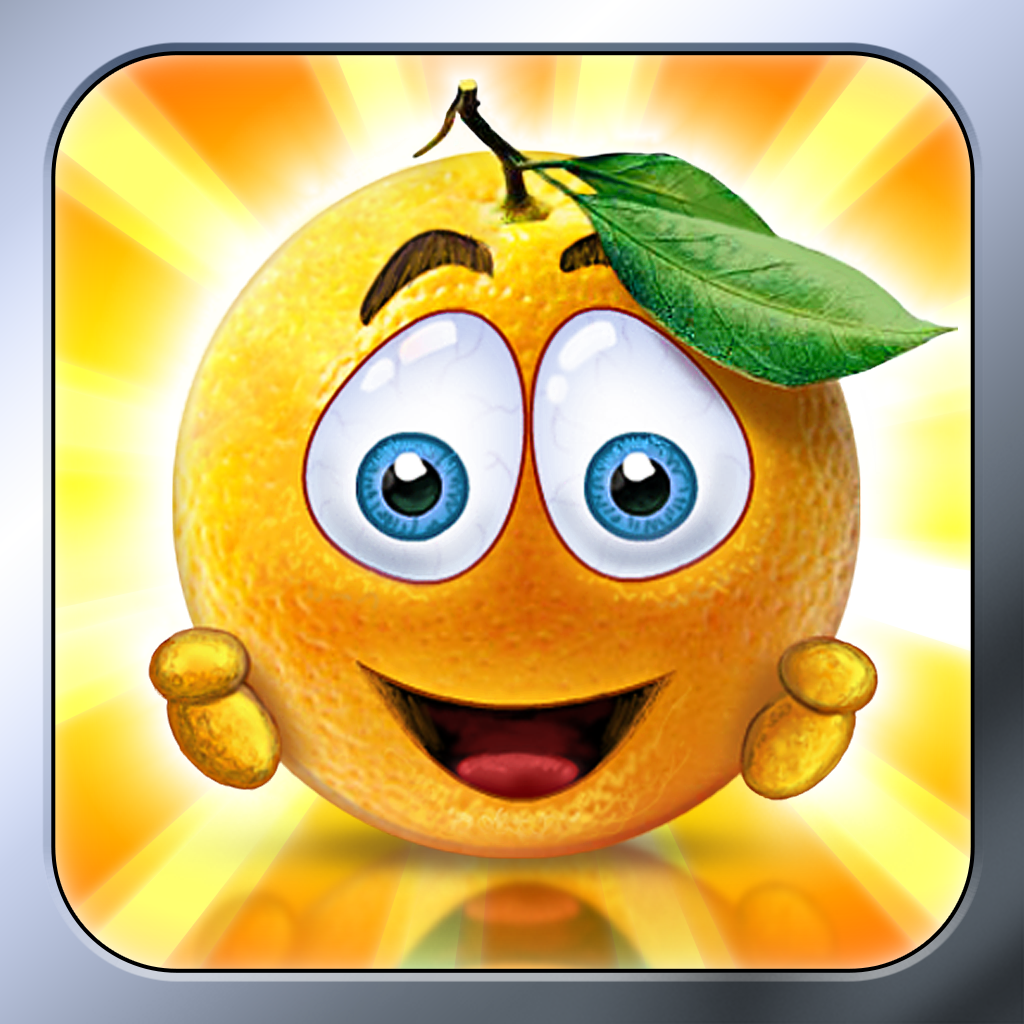 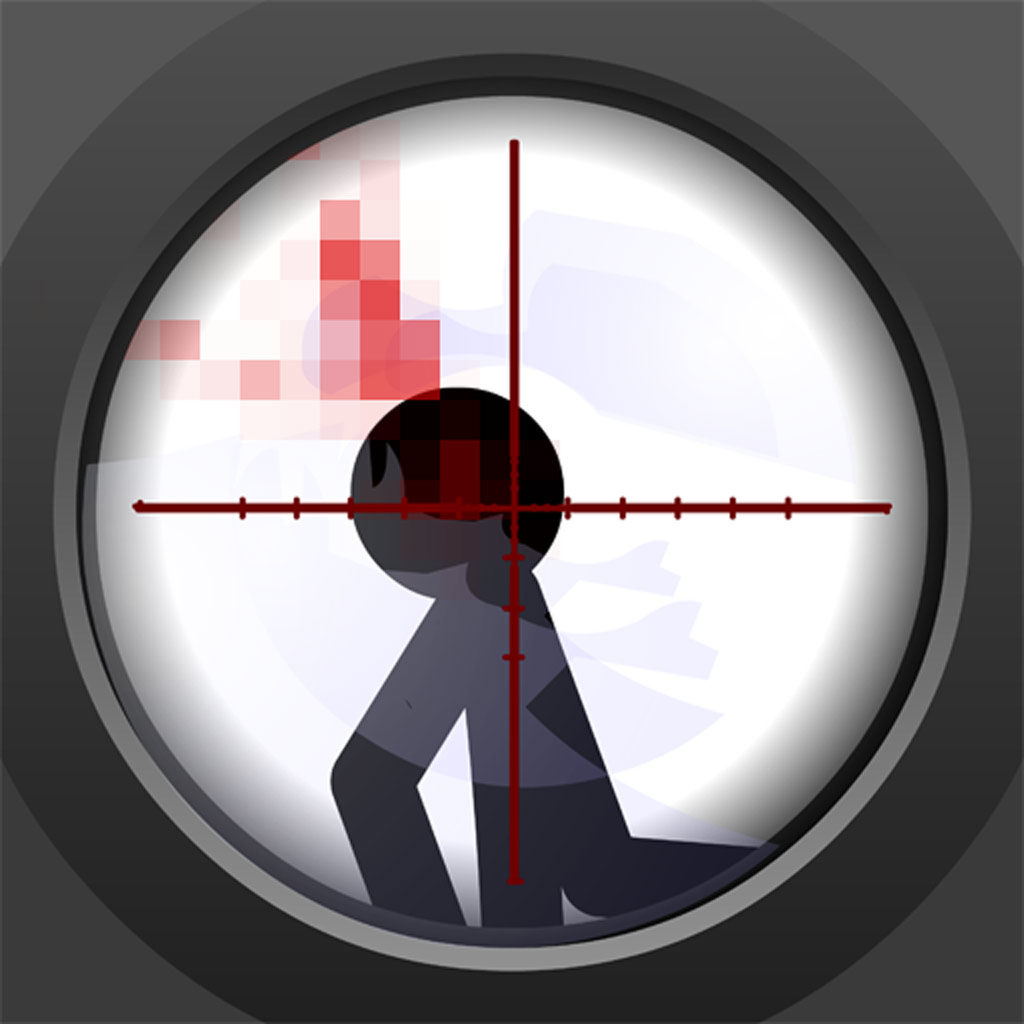 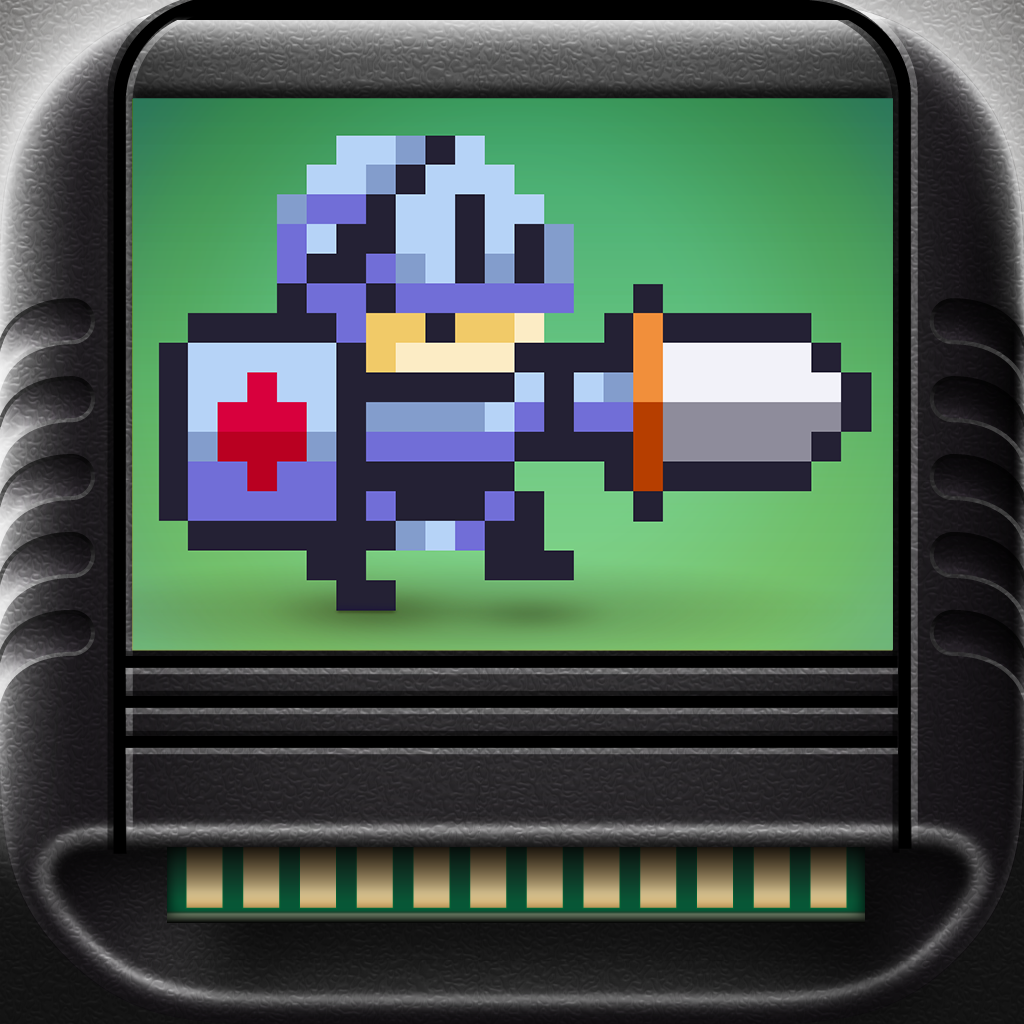 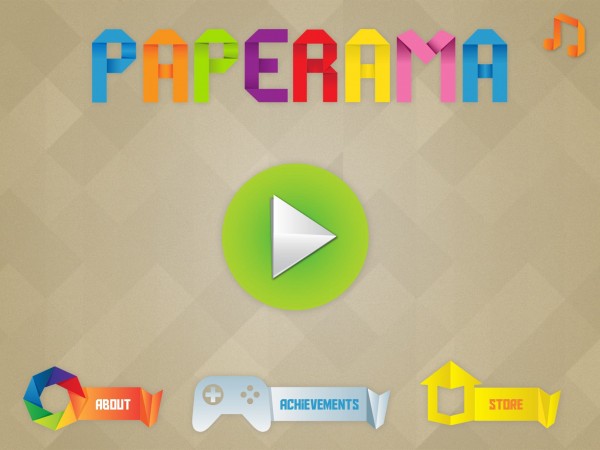 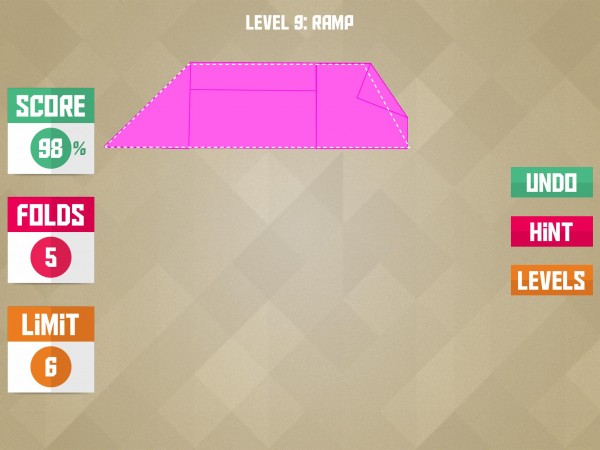 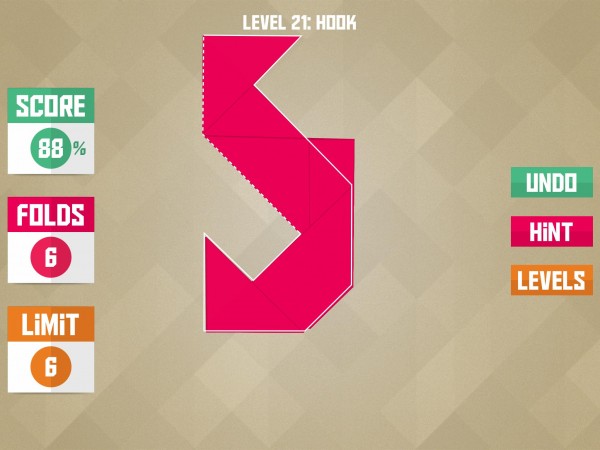 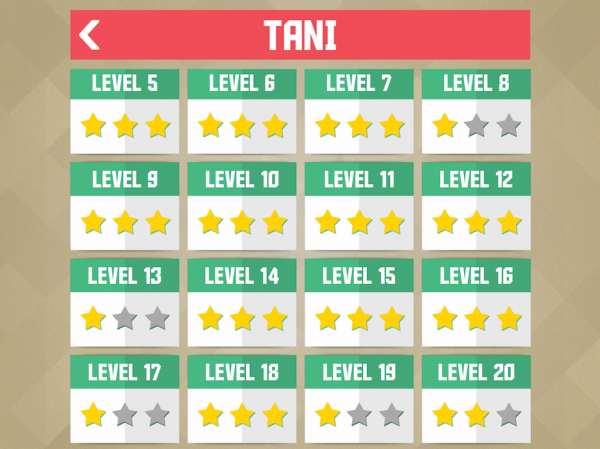 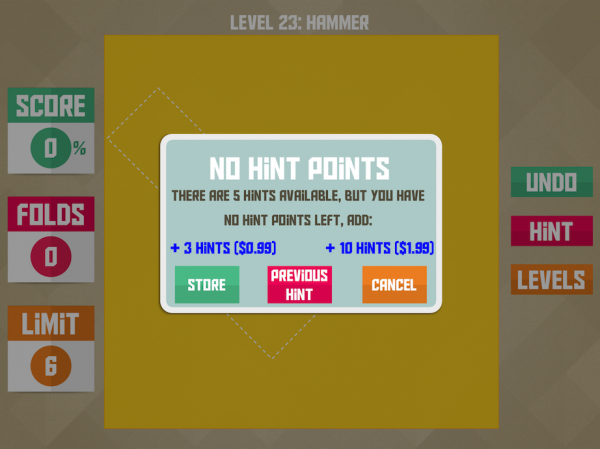 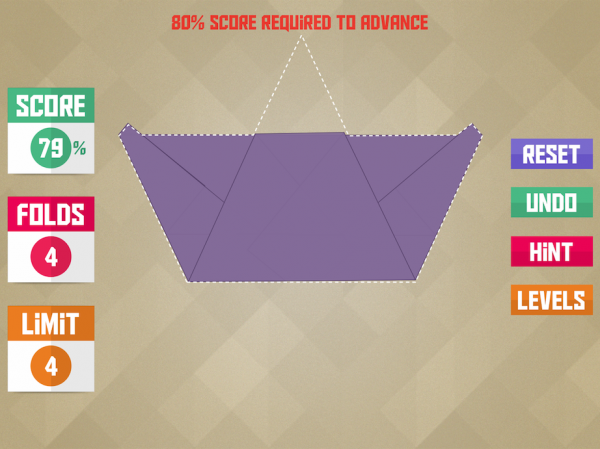 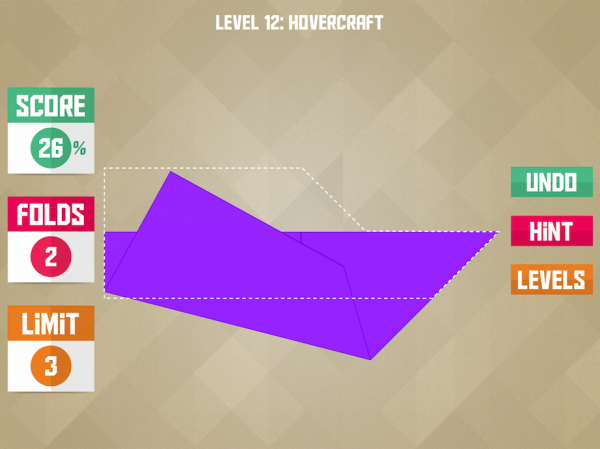 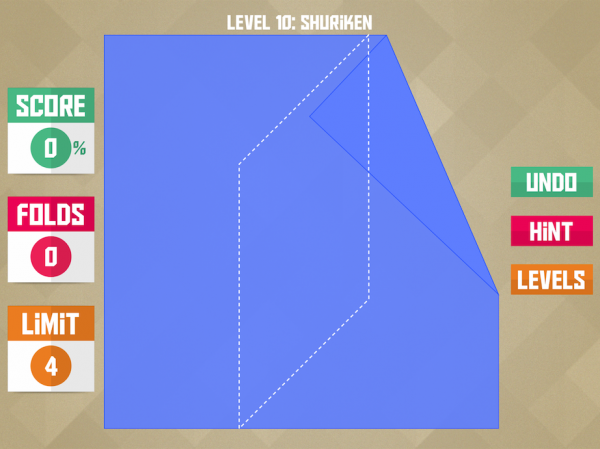 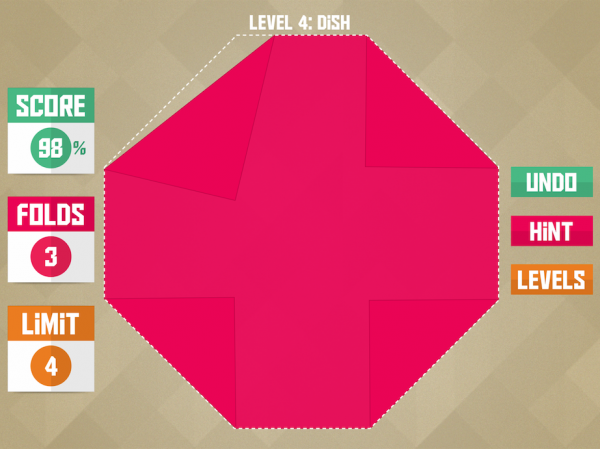