You are using an outdated browser. Please upgrade your browser to improve your experience.
by Christine Chan
February 14, 2013 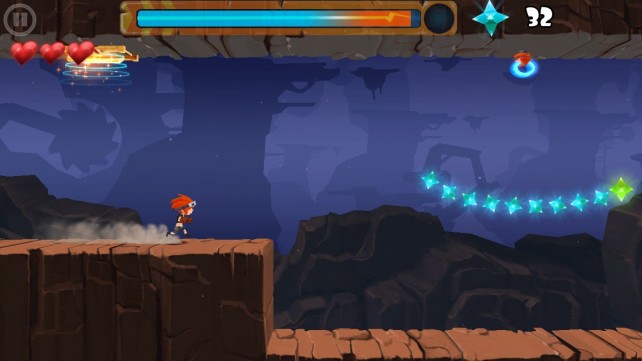 Rock Runners ($0.99) by Chillingo Ltd is an addictive running platformer action game that will definitely keep you entertained for hours, days even. Believe me, I know because I’ve been playing this game nonstop since downloading it a few days ago.

There isn’t much of a backstory here, but you must help the rock runner get from the beginning of a level to the end, and you must repeat the process in order to find fuel cells to power up his space ship and get off four different worlds. I’m absolutely in love with the 3-D visuals, which feature gorgeous, dynamic backgrounds, and the foreground has smooth and rich environments and obstacles. Animations are incredibly fluid in this game, and I experienced no problems with it. And the music? It is pretty great, and fits in with the space theme. 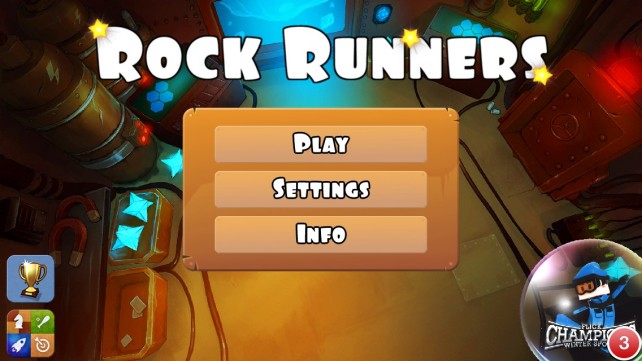 There are four different worlds for you to explore, and each one will have a varied amount of levels, but there are 140 total. The first world (Mine Mayhem) is easy, and doesn’t have too many levels, but it’s mostly just a beginner’s area, anyway. As you get to Crazy Caverns, Shady Sewers, and Drill Thrill, the difficulty will get amped up and you will have many more levels available to you, which means more in the way of getting to your ship.

Each level’s objective is clear: get the rock runner from the beginning to the end of the level, which you’ll recognize as a large, glowing pipe thing. The runner will run automatically, but it’s your job to help him navigate through the obstacles and other dangers that await in each area. To jump, all you have to do is tap. Longer taps will result in longer jumps.

There are also energy ropes, bouncy pads, and other useful props to help you get through the level, so make sure you time your taps properly. Along the way, you’ll want to collect the shiny rock things — these are the game’s currency, and you will get a “boost” when you get enough of them to fill up the meter at the top. Continually filling the meter will give you a multiplier, which results in more rocks, so make sure to don’t fudge up! Timing is everything in this game. You will lose your boost if you “stumble,” and if you get hurt by goo or enemies, you will lose a heart (the runner only has three).

Each level will also have three objectives that you will want to meet in order to get the three available stars for the stage. Objectives will include reaching the end, completing the level by a certain amount of time, and stuff like avoiding damage, not stumbling, or collecting a certain percentage of rocks. If you meet all three requirements, you will earn three stars.

Once you pass a zone (also known as level), another one will open up on the world’s map. Some will be locked, which you must unlock with keys that you will randomly find throughout the stages. The amount of keys required will vary, so I recommend stocking up on them when you can, even if that means going back and replaying levels in hopes of finding more keys. More challenging zones will be represented with either a white or red skull on them — white is kind of challenging, but red means “DANGER!” of course.

While you don’t necessarily have to get perfects on every zone, I found myself replaying a lot of them in order to beat my previous score and also get the star that I missed previously. But then again, I’m kind of a perfectionist, so if that describes you as well, you’ll know how it is. 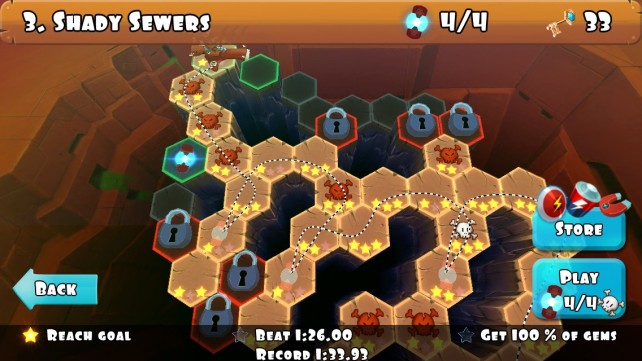 You can use your rocks in the shop to get boosts, upgrades, and recharges for the boosts. There are also two additional characters to unlock as well, and while they don’t have any unique skills or abilities, you’ll want them if you care about achievements.

There is Game Center integration for leaderboards and achievements. The leaderboards are available for each world, but it’s based on the time it took you to reach the spaceship. So it’s recommended to pick the shortest possible route on each planet, and make sure you clear the zones under the goal. There are plenty of achievements as well, so there is a lot to do in this game.

I’ve been quite addicted to this game lately, since it’s incredibly fun, challenging, and beautiful. Timing is everything in this game, and you’ll see that very early on in the game.

I recommend picking up Rock Runners if you’re a fan of platformers, or just looking for some new games to pick up for the weekend. You can get it in the App Store for $0.99 for your iPhone and iPad. 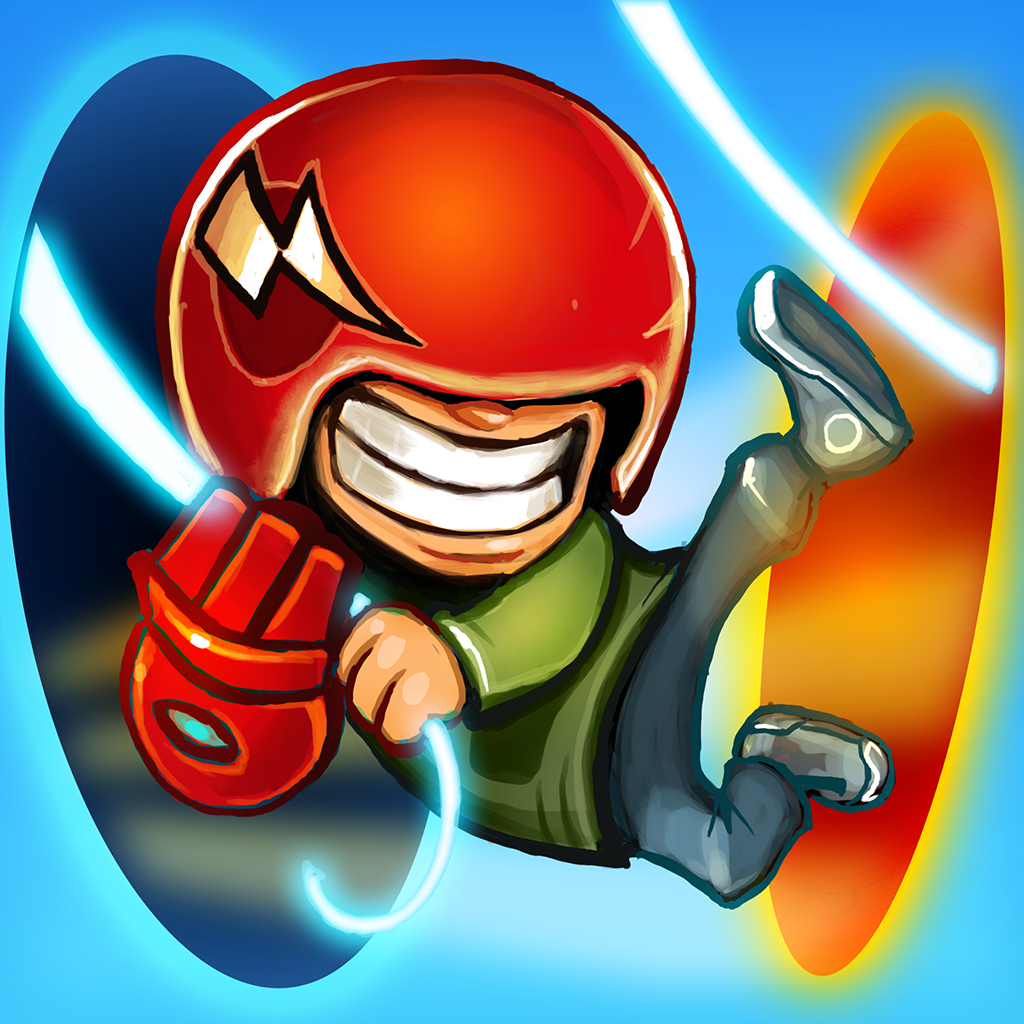 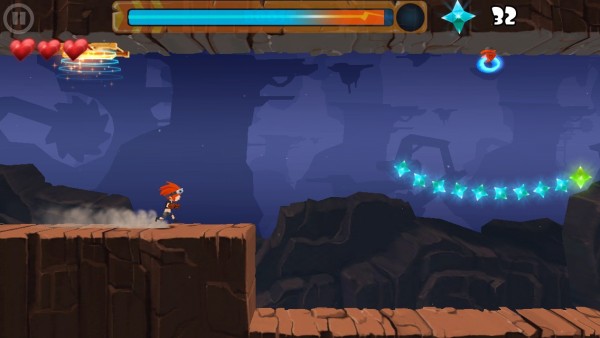 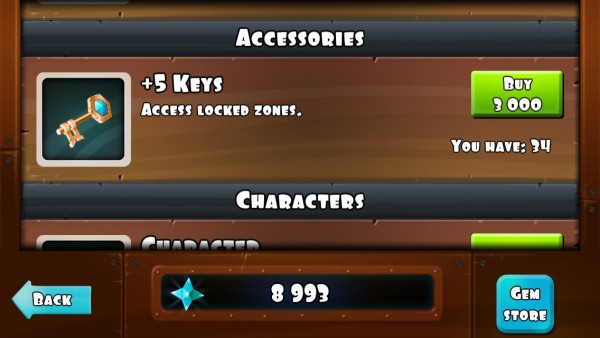 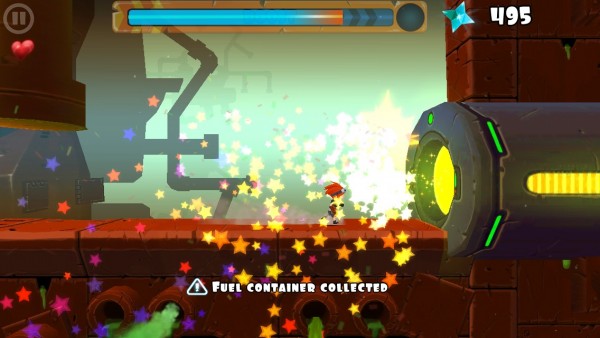 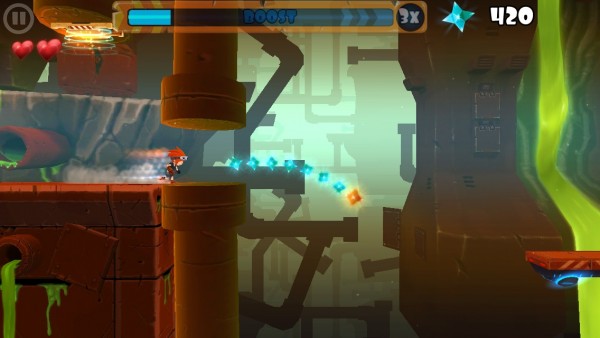 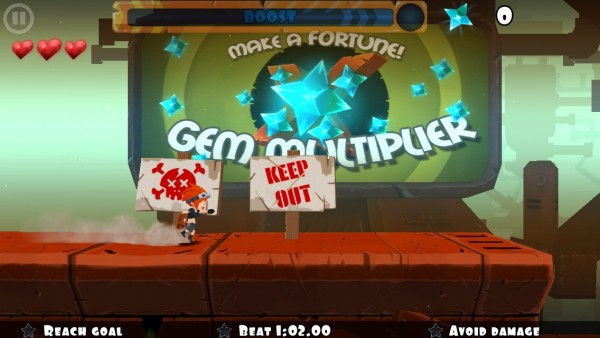 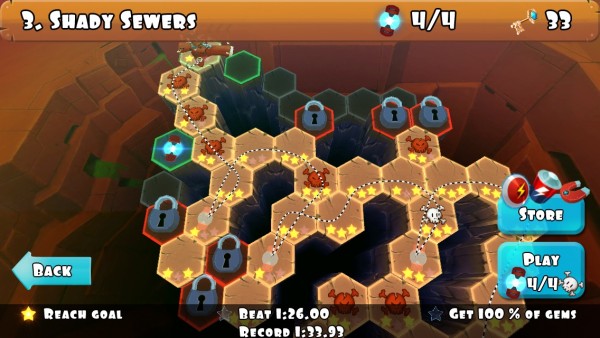 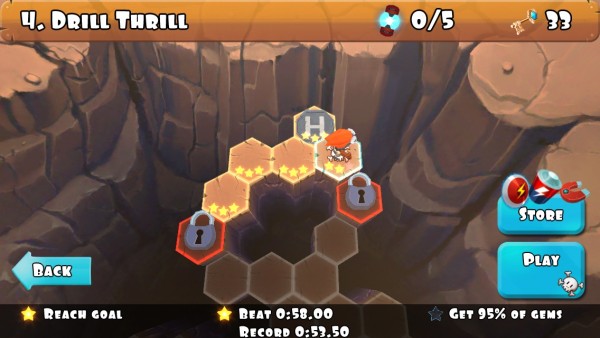 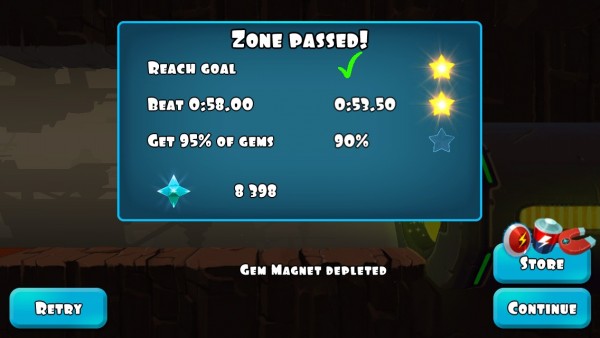 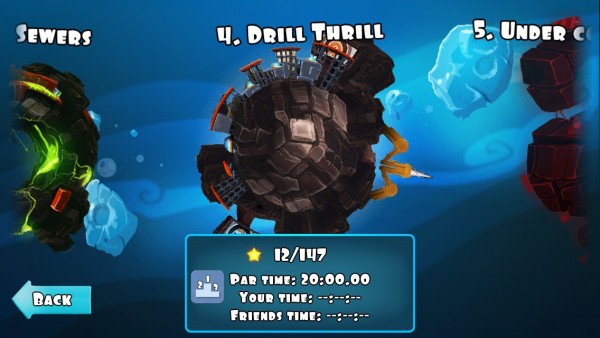 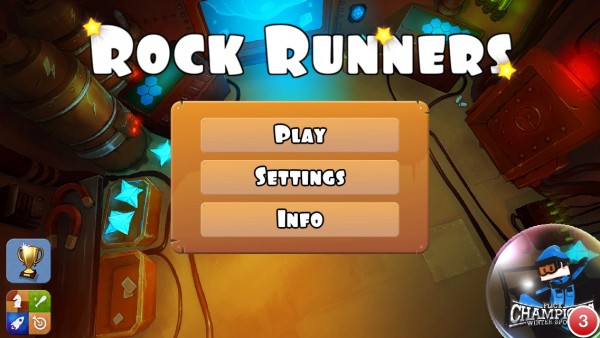 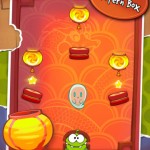 Cut The Rope Lights Up With Lots Of Paper Lanterns In Chinese New Year Update
Nothing found :(
Try something else