You are using an outdated browser. Please upgrade your browser to improve your experience.
by Christine Chan
May 30, 2014 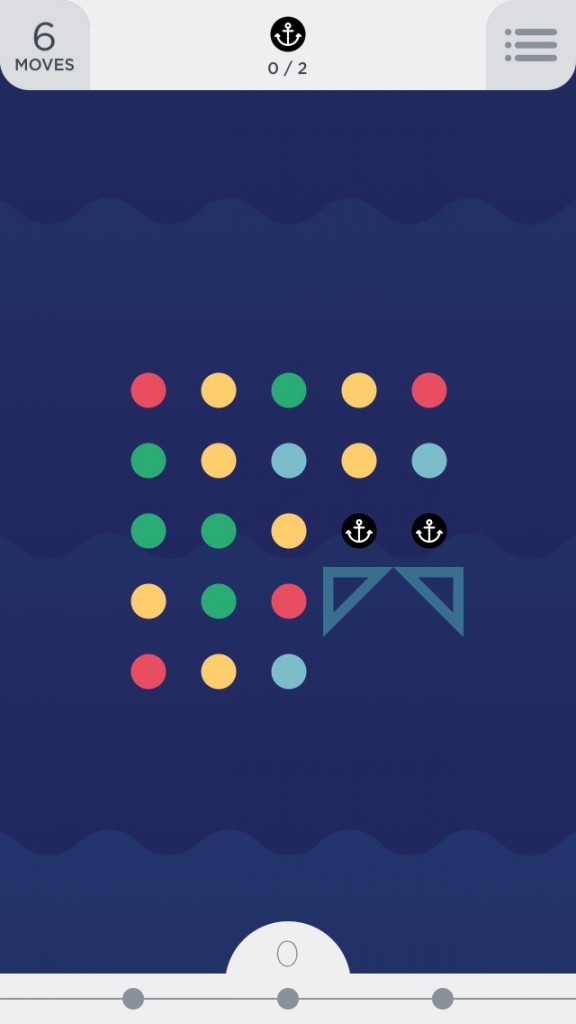 TwoDots (Free) by Betaworks One is the sequel to the original, and quite popular, game about connecting, which was appropriately named Dots. Dots came out over a year ago, and right on time, Betaworks One has released an even more addicting follow-up. If you’ve had your fill of the original, it’s time to bust out those connecting skills once again for TwoDots.

When I reviewed the original game, I enjoyed it quite a bit, but I never thought that it would blow up into the sensation that it was. It was a relaxing game that could be played at my own pace, and I loved the simplicity of it. It’s been a while since I played the original, though, as I got rid of it once I’ve had enough of it a while back. However, when I saw that they were releasing a sequel, I got pretty excited and immediately downloaded it. If you enjoyed the first, there’s plenty more to love in TwoDots. 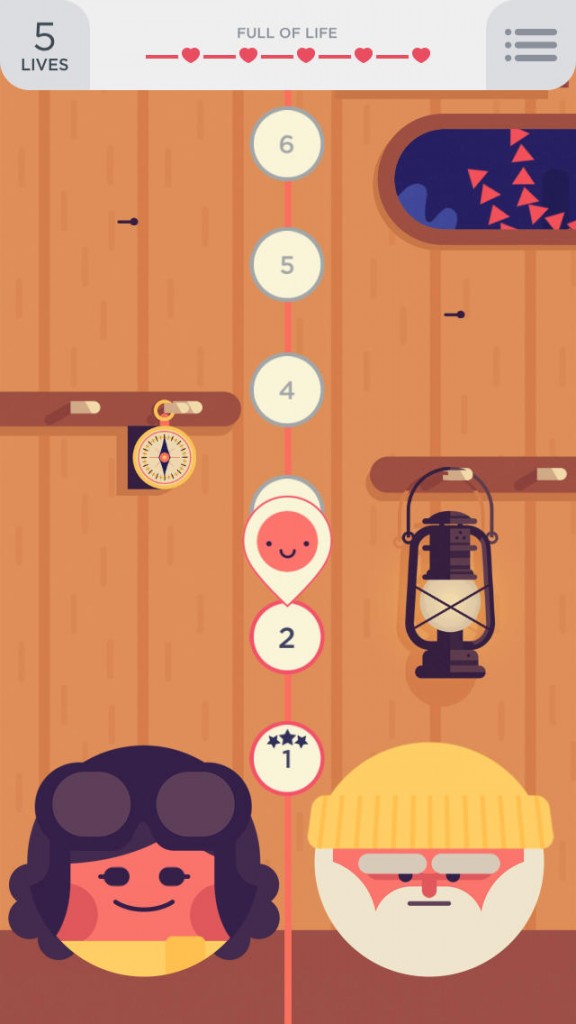 The visuals in TwoDots are minimalistic and clean, just like the original. However, unlike the original, where you just had one game mode and the levels looked the same (the same white background but with different colored dots on the game grid), TwoDots will feature different colored backgrounds, depending on the area on the map that you are in. That’s right — there is a map of sorts that will show all of the levels that are available. The map is broken off into different sections, with distinctive backgrounds that give you a preview of what you’ll be getting into. They even feature quirky little animations that are beautiful to look at, and it’s incredibly detailed.

But when it comes to the actual levels, you’ll get the basic dots that you need to connect, but with various color schemes, depending on the current area on the map. There will only be a few colors to start with in the beginning, but you will find the number of colors increasing as you make progress on the map. The new level scheme definitely adds a bit of variety in what you see in TwoDots, which is a nice and welcome change from the original.

The soundtrack in TwoDots is quite whimsical and delightful, which is a nice addition to an already great game. In fact, it’s so good, that you may even want to consider picking up the soundtrack in iTunes. It’s just a great tune to listen to, even when you’re not actually playing. The sound effects in TwoDots when you make matches are also quite eccentric, adding to the overall charm of the game.

If you remember from the original, the game mechanic is still the same: just link up at least two dots on the grid with your finger. Matches can be made either horizontally or vertically, but never diagonally. If you make a perfect square on the board (connecting the last point to the starting point to do so), then it will clear out all dots of that color from the board. But the biggest change from the original is the fact that the levels are not timed, instead, there are objectives to meet before you clear it and move on to the next stage. 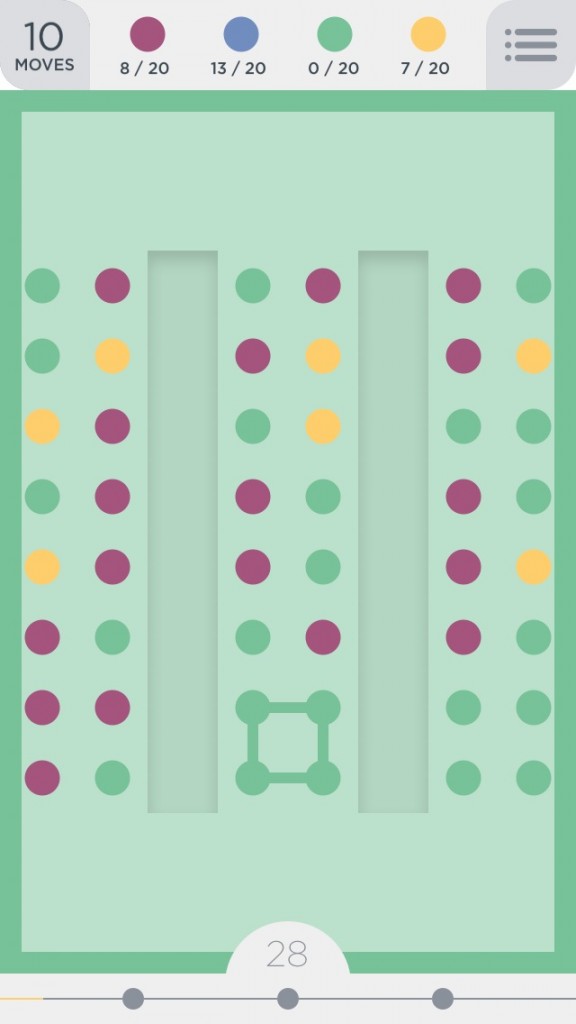 The addition of objectives makes Dots even better. The objectives on each stage will be different, but they are similar: you need to clear out a certain number of colored dots with a limited amount of moves. Then you will encounter special dots, such as anchors, that you will need to clear out and are worth more points. It makes me think of Frozen Free Fall, which frustrated me at times. It’s a challenge, no doubt, and things do get tricky if you don’t plan out your moves ahead of time. The more dots you match up, and the more moves are left remaining, the higher your score ends up.

In order to play TwoDots, you’re going to need lives, which is basically an “energy” system. One life is used until you fail a level, and lives will replenish every 20 minutes. You can buy more lives through in-app purchase. Sometimes, you will also encounter levels where you cannot get past without power-ups, or you may want them to make things a bit easier. You can get extra moves or bombs through in-app purchase as well, but the game will give you a freebie in the beginning.

While the game does have leaderboards, it is only done through Facebook Connect, which I found to be a bit lame. If you link up your Facebook account, you’ll be able to see other friends who are also playing TwoDots, and you can compare your scores on each level. However, for some reason, you can’t get this with just Game Center, which is used only for achievements. To me, it doesn’t really make sense, and I hope that Betaworks One can consider using Game Center for leaderboards, because not everyone wants to use Facebook for this kind of stuff.

Currently, there are 85 levels in TwoDots for you to connect your way through. However, given the energy system, as well as how difficult some levels may be, it will definitely take some time to get through them all. Betaworks One is already promising even more levels in the future, though, so at least there is more to look forward to. The game also gives you “postcards” when you reach a new section on the map, which are basically cute images that you can save or share with others to brag about your progress in TwoDots.

Despite the energy system (not a fan), I’m really enjoying TwoDots so far. I love the charming new environments and visuals, and the objective-based gameplay makes it even more challenging, and you can play it at your own pace (the old one was basically how much can you score in 60 seconds). It’s very polished for a 1.0, and there is only more to look forward to with TwoDots, just like the original. I just hope that it makes use of Game Center for leaderboards as well, because Facebook-only leaderboards is pretty limited.

If you were a fan of the original Dots, or just enjoy matching puzzle games, then I recommend picking up TwoDots. It’s available for free on the App Store as a universal download. 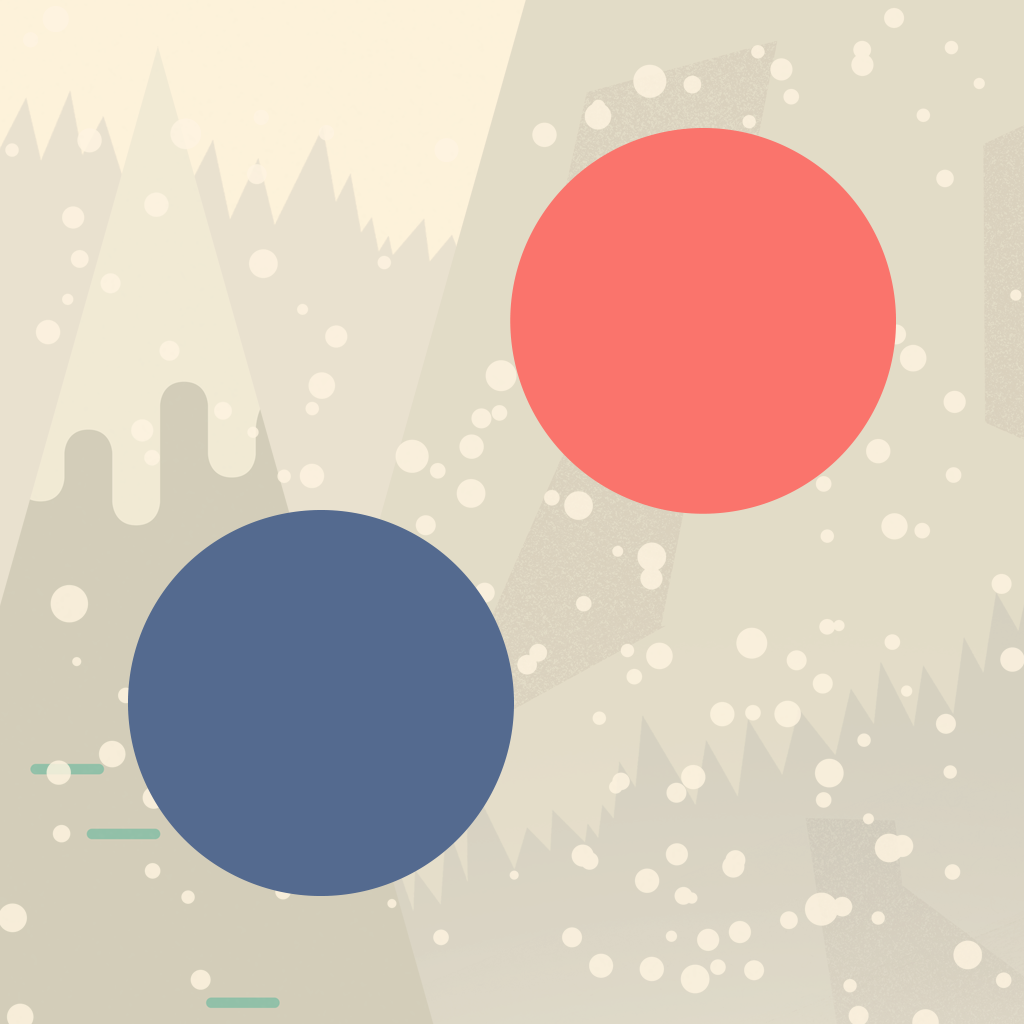 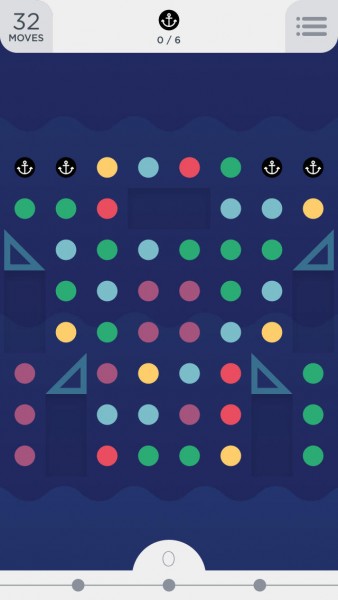 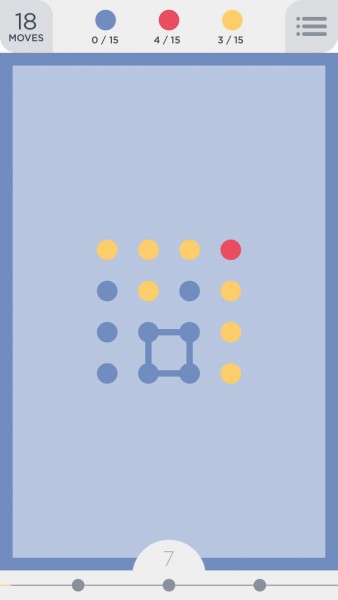 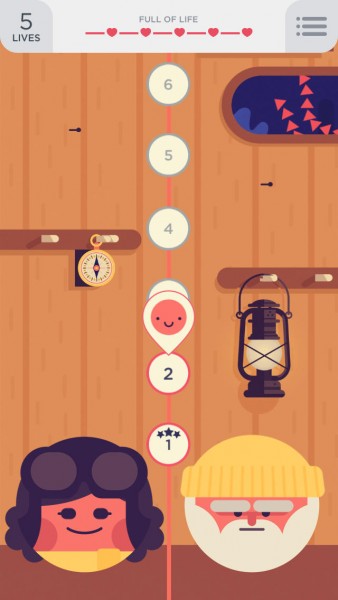 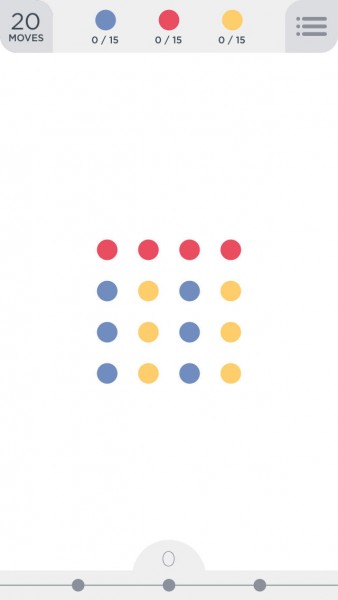 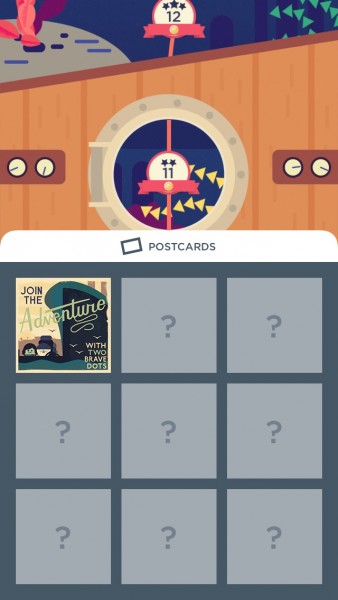 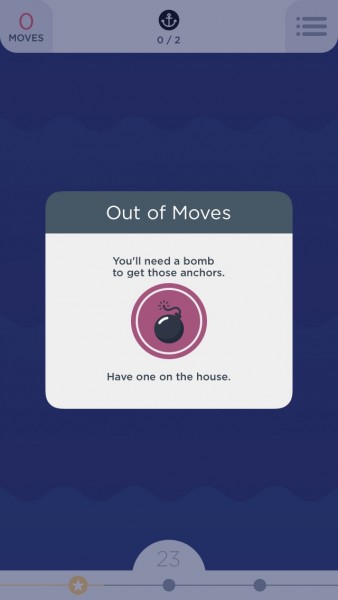 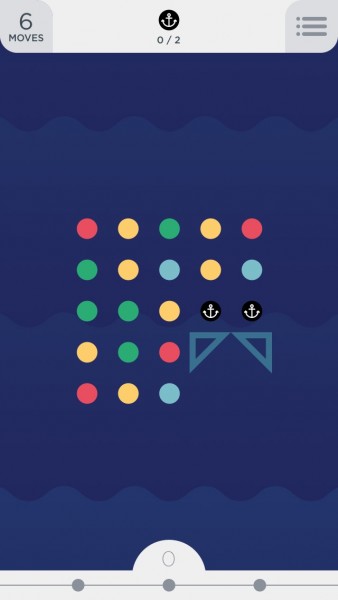 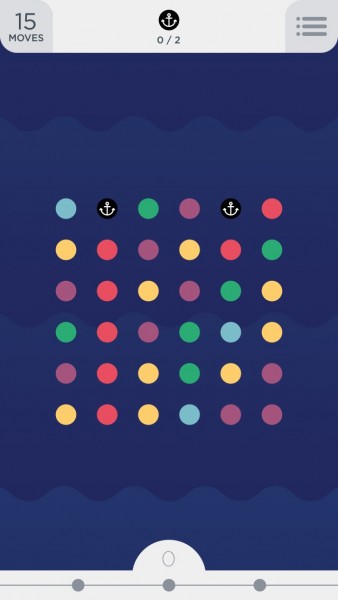 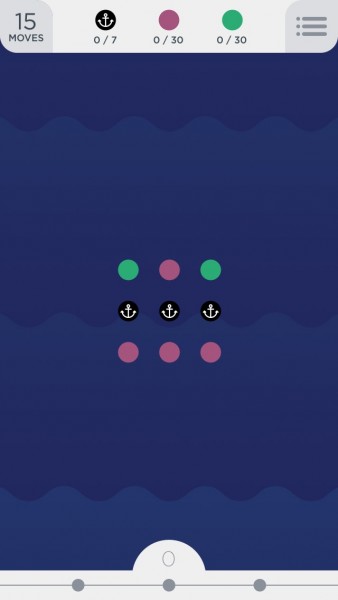 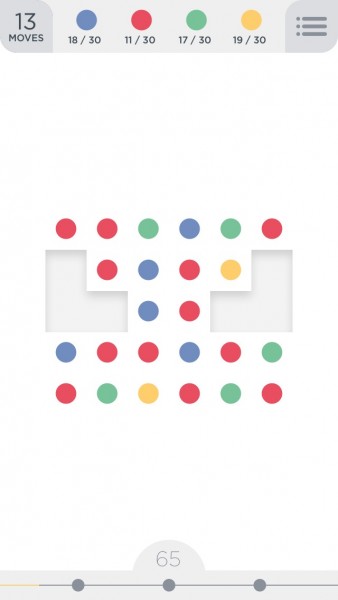 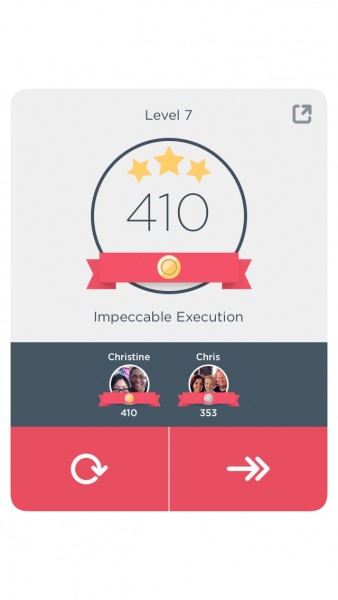 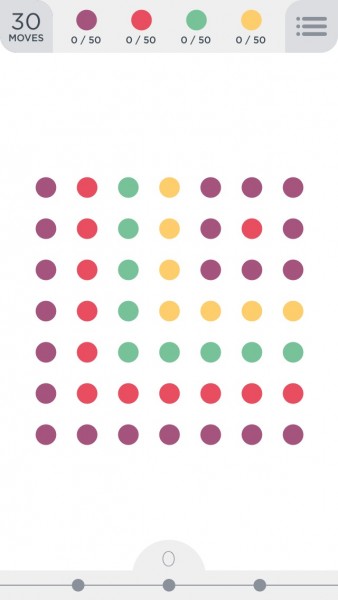 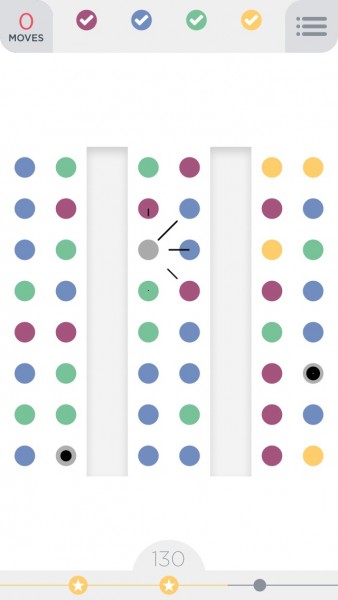 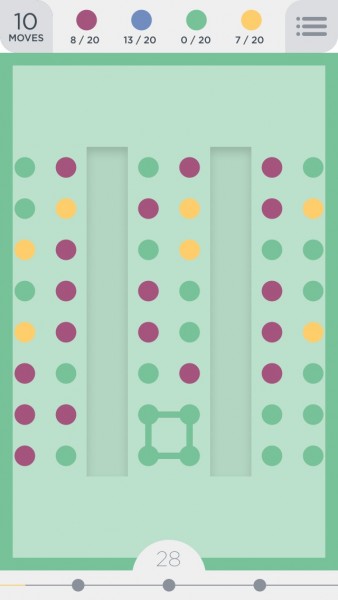 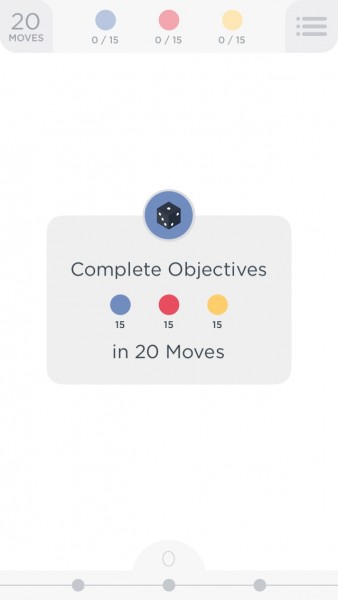 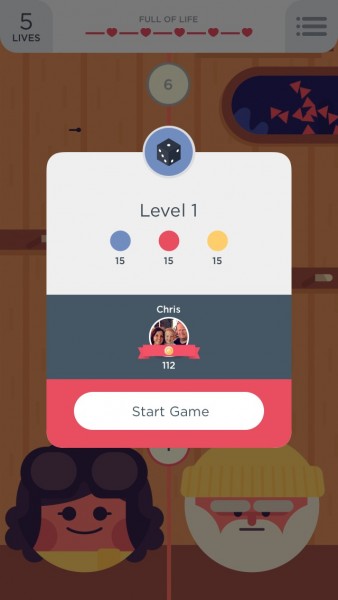 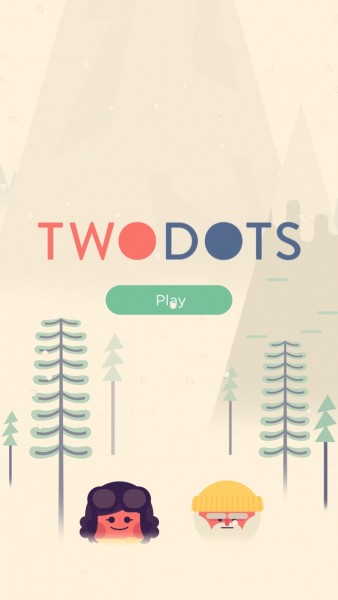