You are using an outdated browser. Please upgrade your browser to improve your experience.
by Katy Zane
September 27, 2013 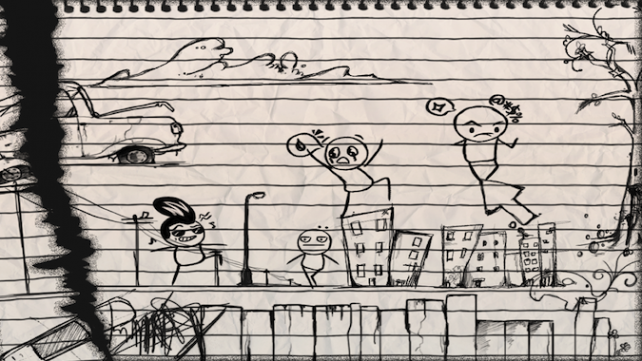 Meme Face Doodle: Rage At How Impossible This Game Is (Free) by Blissapp AS is a shooter game that features famous characters from the popular Rage Comics. Anyone who spends a decent amount of time lurking around the Internet has probably come across a handful of them. Now, instead of insulting each other, these guys are trying to survive the perils of being nothing but a doodle. 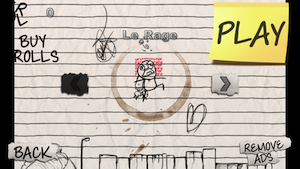 These guys have it pretty rough. Living on a sheet of paper is tough. There are stains, tears, erasers, and paper clips that could ruin you at any moment. Heaven forbid your paper gets a bad grade. That would ensure that your home will get thrown away.

To protect against these dangers, the Rage Comic characters are equipped with a jetpack that can shoot at anything that would threaten their safety. You can move them around the screen with your left finger and hold down with your right to fire. You can rotate your right finger on the screen to aim your weapon.

Personally, I’m not a fan of this aiming system. I don’t think it’s as reliable as a joystick. It might seem awesome to be able to move around and rotate simultaneously, but it’s pretty difficult to manage without dual joysticks.

Aside from shooting all the bad stuff, you’re also trying to collect the black letters. They spell “troll.” These letters act as a form of currency. You can use them to buy new characters. However, the very last character must be bought with real money. It costs $1.99. 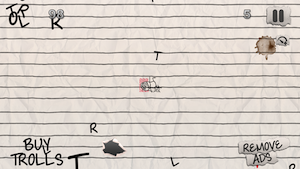 The game is fun enough with all the familiar characters worth trying. Yes, the in-app purchases are annoying, but they are easily ignored. Have fun destroying anything that would damage your paper home.

Meme Face Doodle is a universal app, and it’s available in the App Store for FREE! 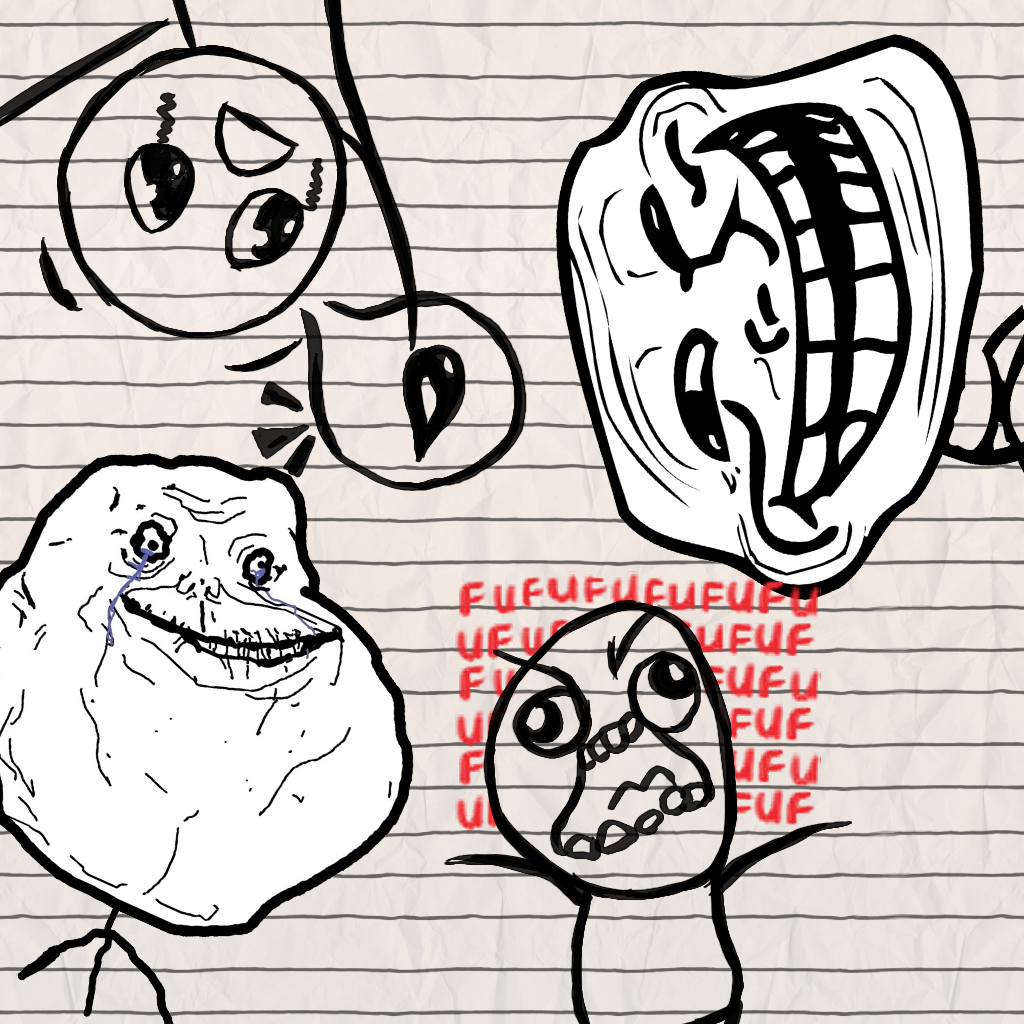 Meme Face Doodle: Rage At How Impossible This Game Is
Blissapp AS 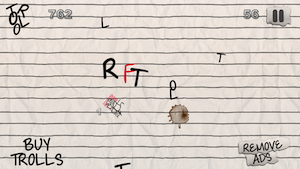 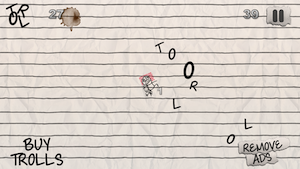 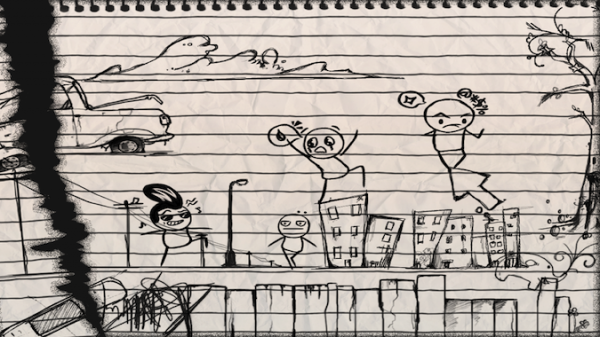