You are using an outdated browser. Please upgrade your browser to improve your experience.
by Christine Chan
March 4, 2017 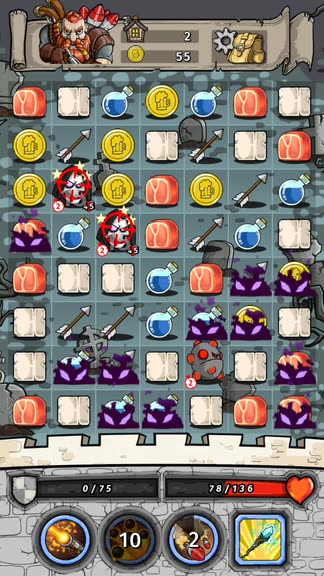 While things have been a bit hectic for me as of late, I still manage to make some time for iOS games when I have some downtime to spare. For these moments in time, I always enjoy a good match-three RPG game, but I also like to take out some stress with some fun hack-n-slash action. I happened to stumble upon Tavern Guardians while doing my weekly perusal of the App Store games, and I was intrigued because it looked like a match-three RPG but something set it apart from the others I’ve played in the past, so I had to check it out. I’ve spent a bit of time with it and so far I have to admit that I’m far from disappointed by this nice gem. 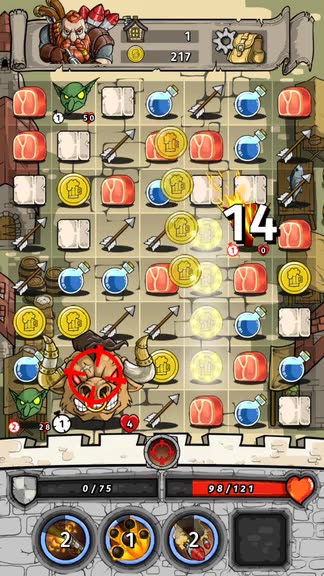 Visually speaking, Tavern Guardians has a gorgeous aesthetic that is rather cartoonish but full of charm and personality. Everything is rendered in 2-D graphics but there’s a ton of fine detail packed into the game, from the individual game tiles on the grid to the various enemies and bosses and even your hero character sprites. Even each different type of environment that you’ll be playing in has its own unique look and feel that you can see in the background, and the enemy types give you a clue as to what type of boss you’ll be facing off against. The color palette in Tavern Guardians ranges from bright and vibrant hues to darker and richer tones, depending on what is happening on the screen at any given time. Animations are buttery smooth and fluid, so I had no lag issues on my iPhone 7. The game also has an upbeat and rather whimsical soundtrack in the background, and the sound effects are fun to hear when you land successful attacks and refill your current stats in battle. For the developer’s first release on the App Store, I believe that they did a fantastic job with Tavern Guardian’s visuals and audio.

While Tavern Guardians is set up like a match-three RPG and there are levels, you don’t get to select which stage you want to start from after you die in a round. Instead, the game is rather roguelike, in the fact that you will start from the first level each time you die (though the enemy combinations get randomized each time), and you lose any items that your hero has collected from before. However, this game is also a high score chaser, so if you need motivation to keep trying your hand at this game, then there it is. Tavern Guardians features four hero classes: Paladin, Gunner, Mage, and Berserker, but only the Paladin is available from the start. The rest you will need to unlock by clearing the first four levels. While your item and level progress gets reset with each run, the coins you accrue by playing can be saved to purchase stat upgrades (attack damage, health, and defense) for each individual hero that are permanent. Of course, the more times you upgrade a particular stat, the more expensive it becomes.

The goal of Tavern Guardians is simple though: match tiles to attack adjacent enemies on the board and replenish your health, defense, and skill cooldowns and then take out the boss to move on to the next area. Sounds easy enough, right? But don’t get too cocky — Tavern Heroes is probably one of the most challenging match-three RPGs you’re going to find on the App Store. In fact, it will definitely take some time before you’re going to unlock all of the heroes, because you will end up dying a lot before that, at least until you can afford plenty of upgrades for your favorite hero. 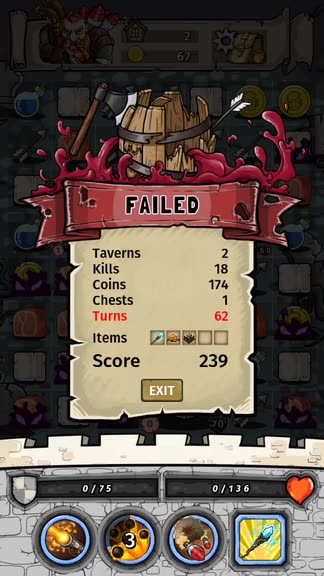 The controls and game mechanics in Tavern Guardians are pretty straightforward, especially if you’ve played any other match-three RPGs in the past. There are five types of tiles on the board: meat (restore HP), arrows (summon archers to help you attack foes), walls (restore defense shields), mana pots (restore energy and mana for cooldown skills), and coins (save these to get powerful and useful items after a level or get upgrades for your heroes). To make a match, just swipe a tile with an adjacent one. If the match is adjacent to an enemy, then your hero is able to damage the foe. There are two number icons on each enemy, including bosses. The number in the heart represents their hit points, and the number in a circle indicates the number of turns until they’re able to attack you, but they can also move through the tiles on the board. With this in mind, you should plan ahead to dish out as much damage as possible before the enemies have their chance to attack you, but also remember to replenish your defenses and hit points too. Every now and then a chest of loot appears, and to get it, you’ll have to make it drop at the bottom of the screen in order to collect it.

Each hero also has their own unique abilities, which you can access with the large buttons at the bottom of the screen. Once you use them, though, you’ll have to wait a certain number of turns before they can be used again, but this time can be reduced by getting mana matches. Along with abilities, the heroes have distinctive passives that can aid you in battle, such as an overflow of health for the paladin, or knocking back foes with the gunner. You may want to experiment with each hero once you unlock them in order to find the one that has the play style that you prefer, so Tavern Heroes does have a good amount of replay value, especially since it’s also a high score chaser.

I’ve only just started playing Tavern Guardians, but I will say that it’s a top game for me this month, especially since I am a huge fan of action-packed match-three RPGs. The graphics in this title are lovely and full of charm, the sound is done well, the randomized gameplay keeps things fresh and interesting on each run, and the challenging hack-n-slash style game mechanic mixed with match-three means a fresh and fun new take on a tried-and-true genre. There’s more strategy required for this game than some others, but the end results are so satisfying. Tavern Guardians is a title I’ll be coming back to over and over again in the near future, and I recommend it for anyone who enjoys a challenging strategy match-three RPG game.

You can find Tavern Guardians on the App Store as a universal download for your iPhone and iPad for just $2.99. There are no in-app purchases.

You Must Build A Boat
EightyEight Games LTD 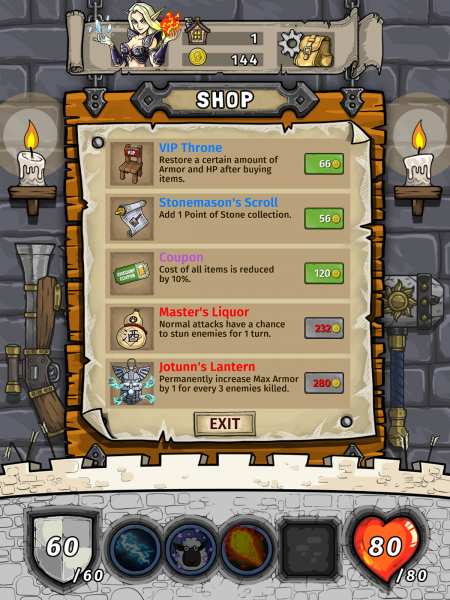 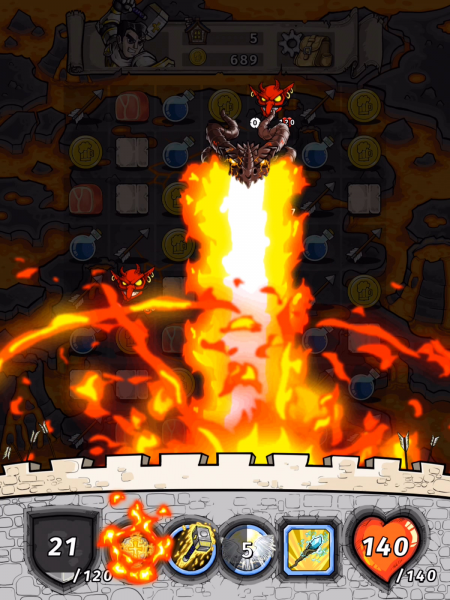 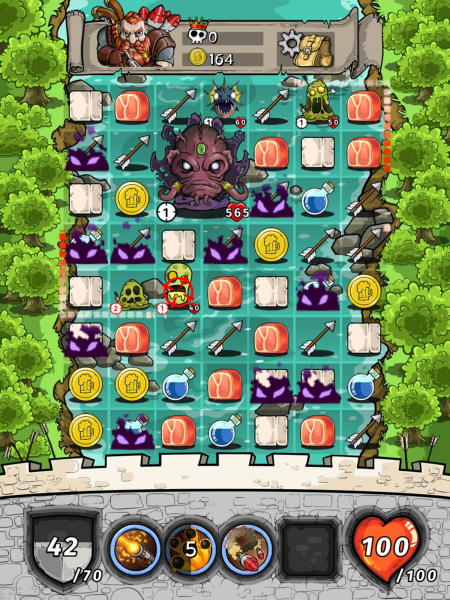 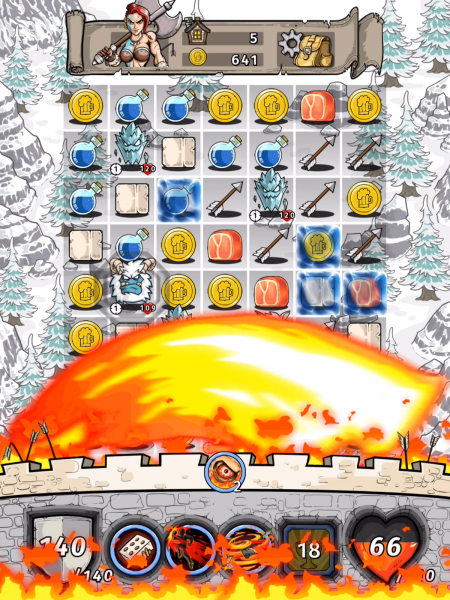 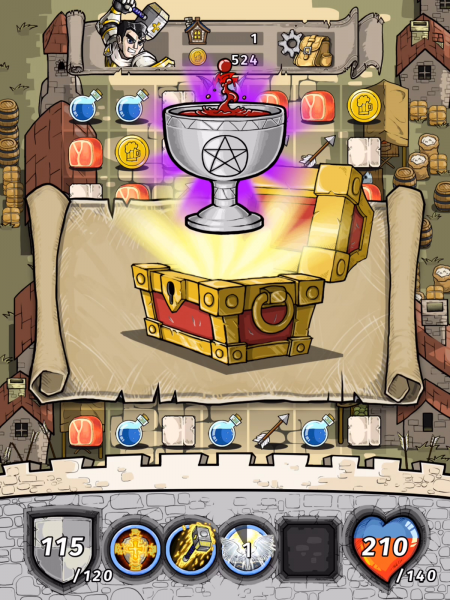 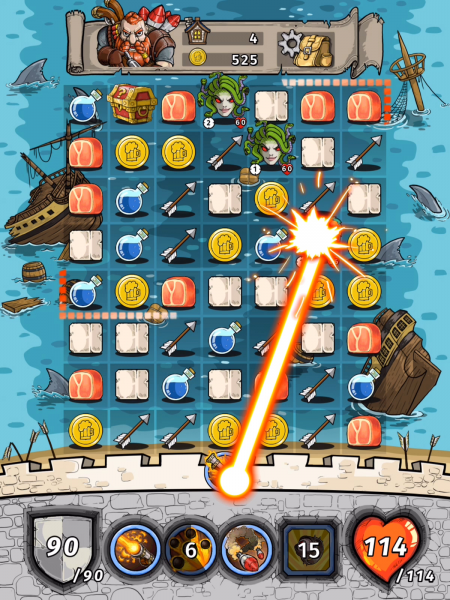 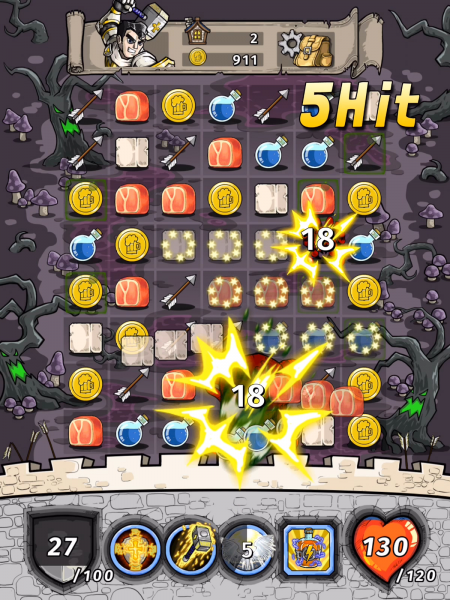 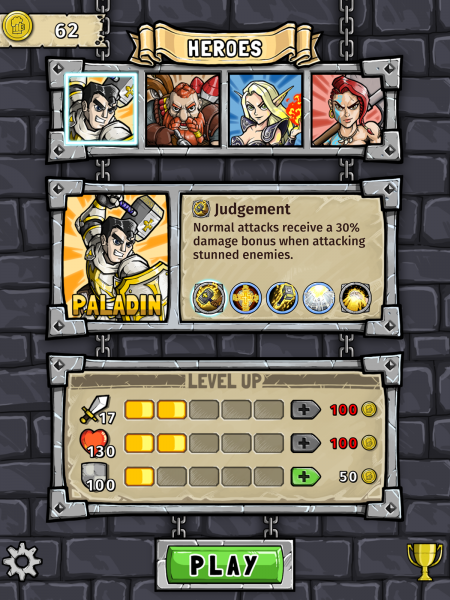 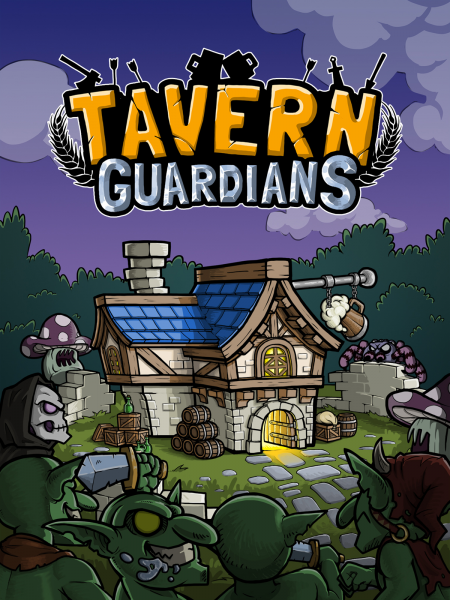 Wreck the halls this holiday season in the match-three puzzle RPG Gems of War
Nothing found :(
Try something else