You are using an outdated browser. Please upgrade your browser to improve your experience.
by Katy Zane
January 31, 2014 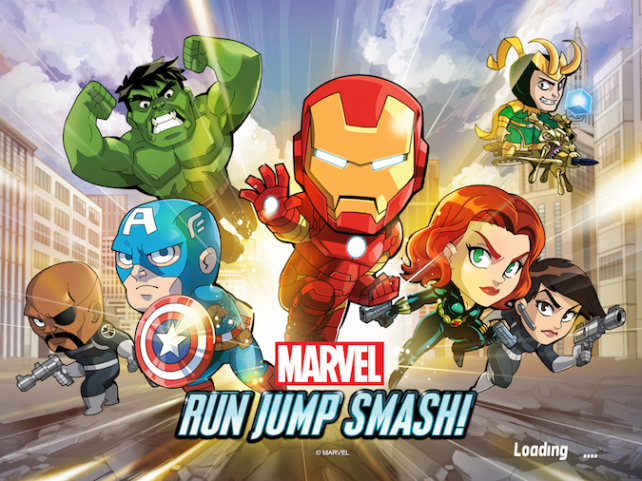 Marvel Run Jump Smash! ($0.99) by Marvel Entertainment is an endless runner game that features the Avengers. You begin each run as an agent from S.H.I.E.L.D. As you run, you can summon your favorite superheroes to blast through obstacles and smash any bad guys that stand in your way. In this game, your final score is a group effort. 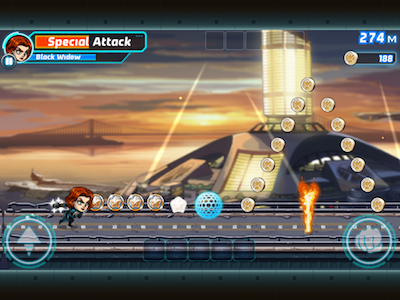 In the beginning, there is Nick Fury and Maria Hill. There’s another agent listed, but he’s not available until later in the game. Once you select which agent you want to use, you start running.

Endless runner games are usually framed within a story. They give some sort of reason for why all this running is necessary. If I’m going to run 2,000 meters, there better be a good reason. In Marvel Run Jump Smash, the story frame is that you are hunting down Loki who is, obviously, up to no good. You start your run chasing after him.

It doesn’t take a billionaire genius or web slinging geek to figure out that an agent running on foot isn’t going to catch Loki anytime soon. If you’re going after a super villain, then you need some superhero backup. You need the Avengers.

As you run, there are disks with a superhero’s face on it. When you grab these disks, you change into the superhero. You can use their special abilities, such as flight, agility, and strength to overcome obstacles. You can change into four different superheroes per run, but you can be each superhero more than once.

At the start of the game, you can play as Captain America, Black Widow, the Hulk, and Iron Man. These aren’t the only heroes that you can access. You can also summon Thor, Spiderman, Captain Marvel, and Hawkeye. There are also many slots marked confidential. Hopefully they’ll be revealed in future updates. These heroes can be unlocked with gold bars.

There are two currencies in this game. There are gems and gold bars. The gems will purchase higher level upgrades, and the gold bars will buy lower level upgrades and boosts. You can purchase gems through in-app purchases. There are bundles that range from $0.99 for 11 to $39.99 for 675. If you need more gold bars, you can convert gems to bars. 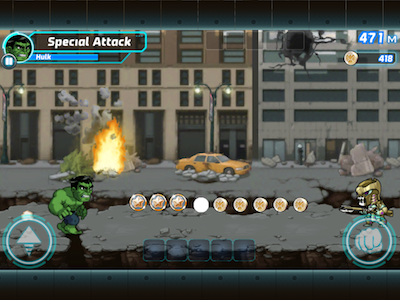 As far as endless runner games go, this one incorporates more characters. The superhero summoning keeps the game entertaining, and the upgrades give you goals to work toward. This is a great game to try out. Although the gameplay is challenging, adults and kids who share a passion for these superheroes will enjoy the game.

Marvel Run Jump Smash is a universal app, and it’s available in the App Store for $0.99. 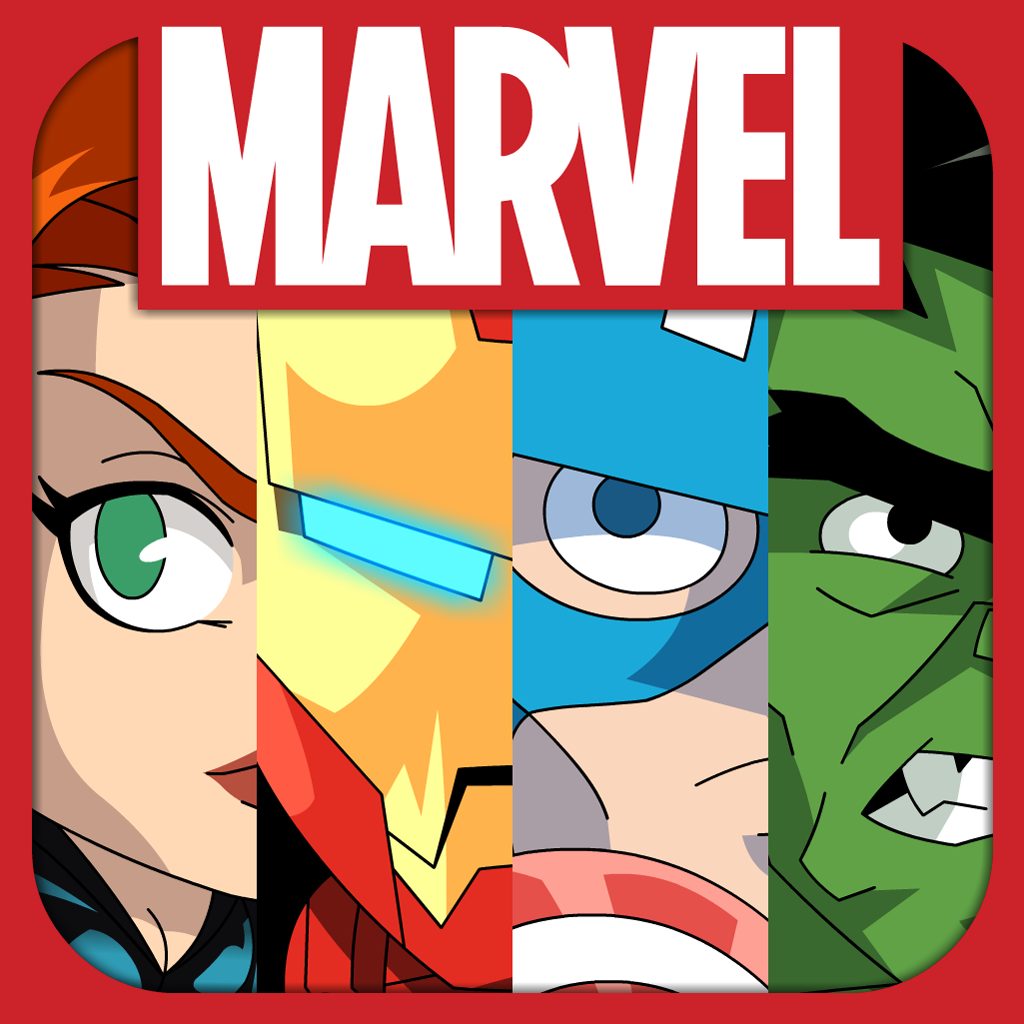 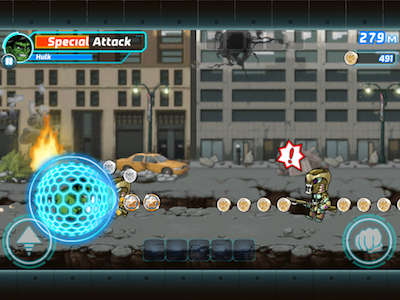 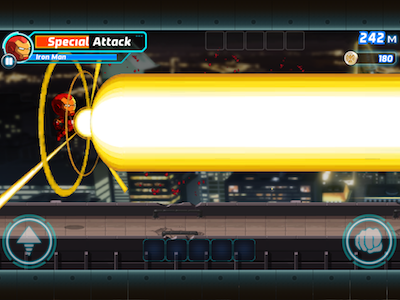 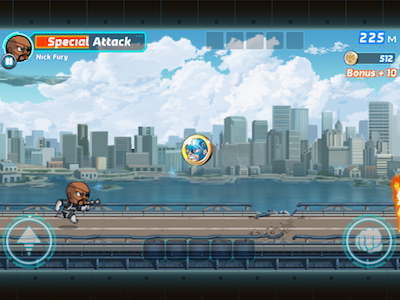 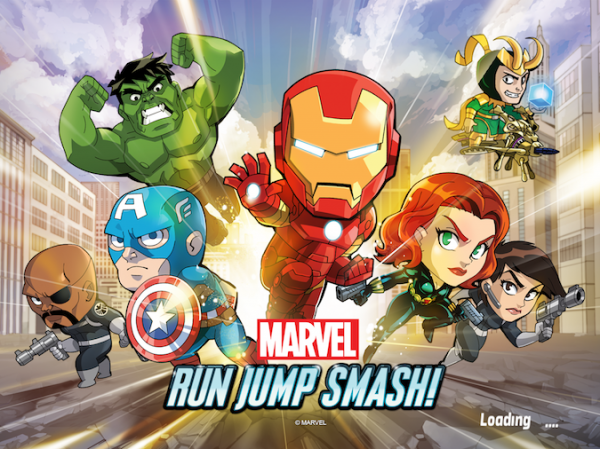