You are using an outdated browser. Please upgrade your browser to improve your experience.
by Christine Chan
July 1, 2016 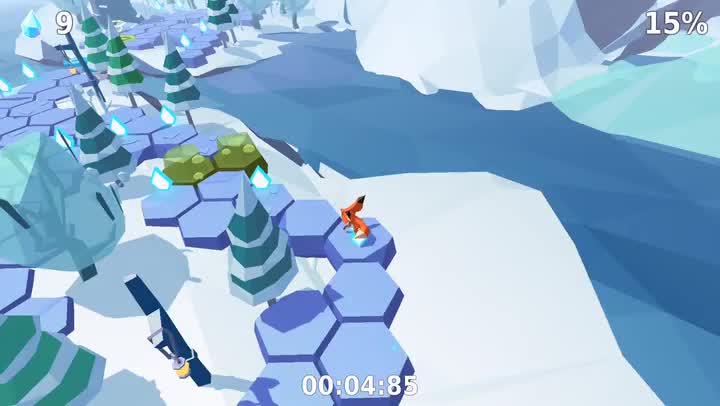 The Little Fox ($2.99) by Oleg Batrakov is a twitchy hexagonal runner that offers players a different perspective on “The Little Prince” by Antoine de Saint-Exupéry, which is known by many as the ‘fairy tale for adults.’ If you liked games like Super Hexagon and ALONE, then you will enjoy The Little Fox.

Ever since I picked up Super Hexagon years ago, I fell in love with the twitchy reflex genre, even though I’m pretty terrible at them compared to other people. Still, I find the games enjoyable and the challenge is part of the fun, after all. But over time, like many games and apps, the genre has gotten a bit repetitive. That’s why when I saw news of The Little Fox, I was mesmerized because it stood out from the crowd with a distinctive perspective and varying gameplay. Now that I have it in my hands, I must say — prepare for a real challenge. 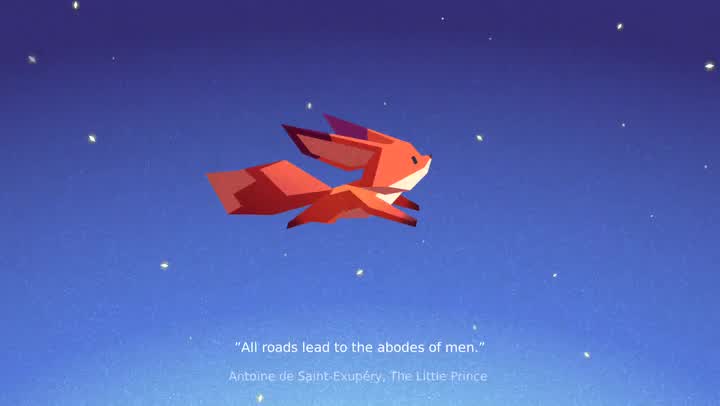 Visually, The Little Fox is impressive with the beautiful low-poly graphics. In fact, it is reminiscent of Infinite Skater, which is not a bad thing. I love the style of low-poly graphics and wish that it was more popular these days, because otherwise it’s just more flat minimalism out there. The colors in The Little Fox are gorgeous and stunning as well, since it’s a mix of bright and vibrant hues to dark and rich tones, depending on the fairytale world that you’re in. In-between levels, you will find cutscenes that explain the story, and these are well animated in their own subtle way. During the game, animations are smooth and fluid with no lag, which is important since you have to have fast reflexes to survive. The Little Fox also has an atmospheric soundtrack that reflects each unique fairytale area, so each track sets the tone and mood as you progress through the story. I’m rather impressed with what the developer has done in terms of visual and audio in The Little Fox, because it’s a complete package.

While The Little Fox is a hexagonal runner, it is not infinite. In fact, there is a story to the game (based on “The Little Prince”), and at the moment, there are only 13 fairytale worlds to run through. This may not sound like a lot, but believe me, these levels are not easy. In fact, I’m still stuck in the first one, struggling to reach the end and move to the next world. Each of these levels has an endpoint that you must reach, but it’s easier said than done. The game also keeps track of how many attempts you’ve done already, and this number will become staggeringly high over time. That’s right, be prepared to die a lot, which is fairly typical of any twitch reflex running game.

Controls in The Little Fox are simple enough for anyone to pick up, but incredibly hard to master given the circumstances of the game. As you guide the Fox on his search for the Prince, you have to help him manuever through hexagonal paths through various environments. To move a lane over, just tap on the side of the screen that you want to shift over to. When turns come up, you’ll want to tap twice to do a full turn in that direction. While it sounds super easy, given the fast-paced nature of the Fox’s run (you can’t stop), it’s hard to keep up sometimes. Practice is a must for The Little Fox. 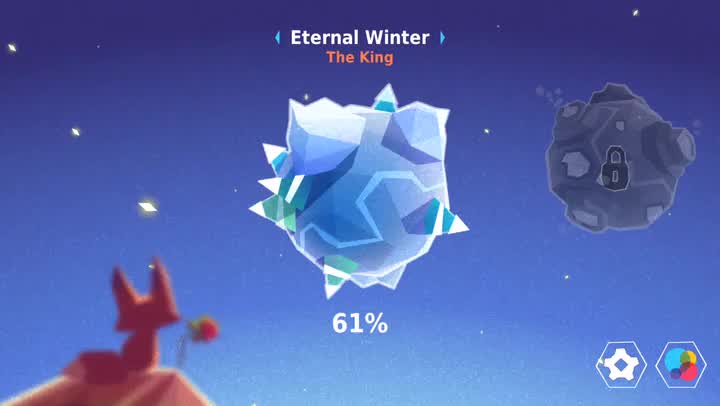 To make things even more interesting, there are gaps that the Fox must jump over (this is automatic so you don’t have to do anything else), speed boost tiles, slow-down tiles, and shiny blue crystals to collect. The moment you crash into an obstacle or go off course, you failed and must try again. After each attempt, you will see your completion percentage and the number of attempts you’ve tried so far. There are no checkpoints, so you must start at the beginning after each failure. At least re-spawning is quick.

One thing I did find helpful is that after you fail, you can do a long-press on the screen and you’ll see the exact point you died at. This is useful because it helps you check where you made your mistake and hopefully you’re better prepared on the next attempt.

I’ve downloaded The Little Fox last night when I realized that it was available, and I have yet to make it through the first world. Either I’m just really bad at this game, or it’s insanely difficult. Despite this, I love the game’s visual style and music, because it’s a truly immersive experience when you combine them both. The controls are simple enough and responsive, just difficult to master with the pace of the game. I do wish that there were at least checkpoints in each stage, because it does get a bit annoying and tiring to have to restart from the beginning dozens of times. Still, if you prefer a challenge and test of skill, then The Little Fox provides you with that. It’s also an interesting new take on a classic story.

I recommend checking out The Little Fox if you’re a fan of twitchy reflex runner games and enjoy seeing yourself improve after many numerous attempts. The Little Fox is available on the App Store as a universal app for your iPhone and iPad for $2.99. There are no in-app purchases, so it’s a buy-once-and-play title. 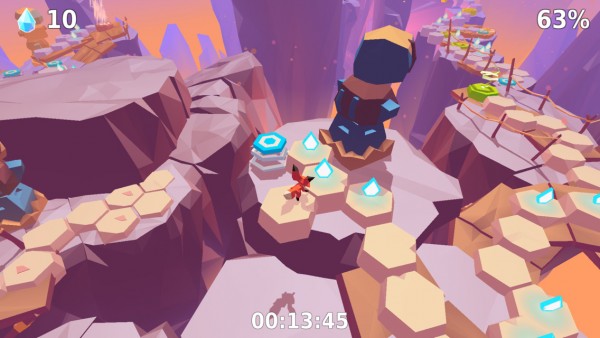 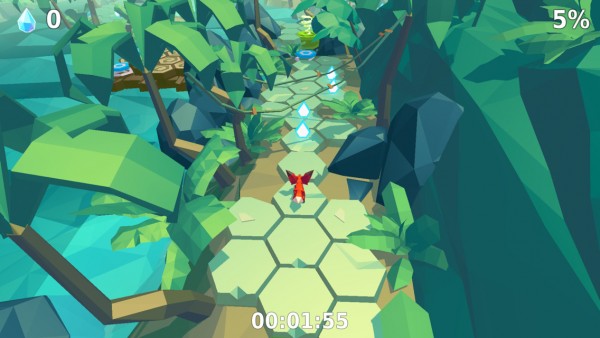 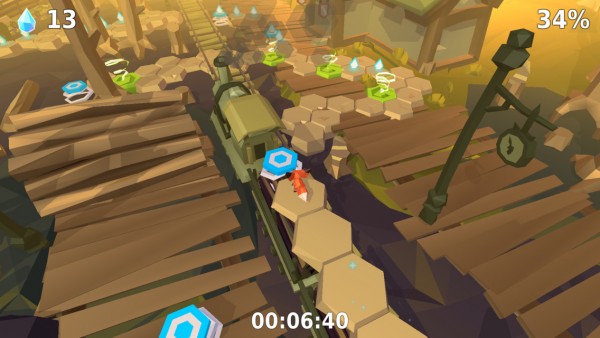 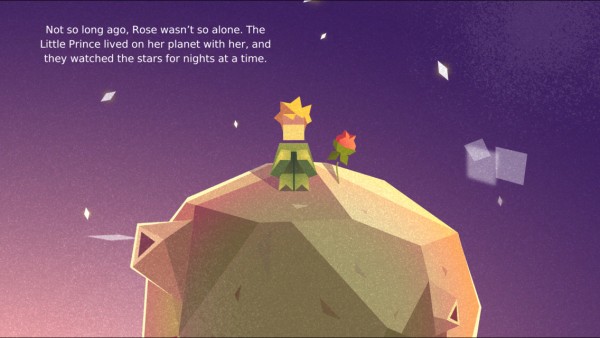 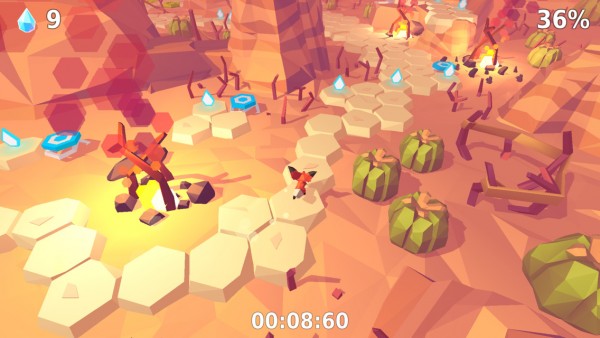