However, up until today, three big names in the App Store had not "fallen in line" with Apple's policy. The first, The New York Times, updated its iOS applications today adding support for in-app subscriptions. As of this moment, Netflix and Amazon have yet to do the same. If Netflix and Amazon amend their Netflix and Kindle apps, the publishers must either add support for in-app purchases and subscriptions, or remove the ability to purchase or subscribe to content from within an app. Apparently, the deadline Apple gave publishers was June 30 - yesterday. Obviously, The New York Times has rushed to update its apps accordingly, but Netflix and Amazon haven't yet. Does this mean both publishers are going to get away with not adhering to Apple's policy? Here's what might happen: If both apps don't come round to Apple's way of thinking, instead of outright booting both apps out the App Store, Apple might instead reject future updates to both applications - meaning the apps would be rooted, un-updatable, unable to improve or develop, until their developer chooses to accept Apple's policy and either add support for in-app subscriptions, or remove links to an external model altogether. For the developer, this certainly has its downsides: Hulu took this move with Hulu Plus, meaning new users may be unsure where to subscribe to the service, as it cannot be done from within the app. (Obviously, a Google Search would provide the users with the appropriate webpage, but nonetheless this is an issue.) Another speculation would be that Apple may come to an agreement with Netflix and Amazon, and that the apps will remain in the App Store and be fully supported by their developers. The issue Apple has in preventing Netflix and Kindle from being updated is that both apps are essentially selling points for Apple's iOS devices: They're both popular, handy, useful apps. If Apple drops support for the apps, the company could lose cash in the long run. Furthermore, Apple did amend its policy - who says the company might not do it again? Personally, I can't see Apple kicking Netflix and Kindle out of the App Store, or even rejecting future updates. To Apple, these applications are just too important. However, the fact that The New York Times' iOS apps were updated today - one day after the supposed deadline - suggests that Apple may have put some pressure on the publisher. I mean, if they held out past the deadline, why not hold out a little longer like Netflix and Amazon? Obviously, we can't be sure exactly what is going to happen. On the other hand, both Netflix and Kindle might receive the required updates today, like The New York Times' apps both did. Either way, we'll keep you posted - so be sure to check back with us. And if you have an opinion on Apple's in-app subscription policy, be sure to let us know in the comments. 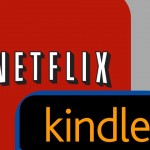