You are using an outdated browser. Please upgrade your browser to improve your experience.
by Brent Dirks
February 29, 2012
Do you want your app to rocket to the Top 10 list in the App Store? For just a "small" fee, apparently you can. Gedeon Maheux, co-founder of the Iconfactory, an iOS developer most known for its Twitterific client for the social networking site, relayed an interesting message one of the developer’s webmasters received from an email address in China. According to Maheux’s personal blog, the email sender promised to use “legally” registered iTunes accounts to help boost any app into the Top 10. The price? A mere $10,000. The more you pay, the longer the app will stay in the Top 10 list, according to the email. Maheux says Apple needs to rework the entire App Store Top 10 list:

The problem of scam apps seems like a relatively easy one to solve compared to this sort of App Store gaming. Apple should simply do a better job identifying and rejecting offending scam apps at the review level. But with enough legitimate iTunes accounts there’s no real way for Apple to identify “fake” downloads from real downloads and keep bogus apps from rising to the top. Perhaps if it happens often enough Apple can develop algorithms to help identify offending accounts and close them, but I’m skeptical. It seems clear that a re-work of the entire top ten system is in order, and not just because of the recent rash of scamming.

Maheux also said he is hopeful that Apple’s recent acquisition of app search search engine Chomp will help stop scammers like these in their tracks. We’ve been devoting a lot of time recently to the rash of App Store fakes and scams. The issue reached a fever pitch when a pair of scam Pokemon apps climbed to the Top 10 list earlier this month, only to be pulled by Apple a few days later. My colleague Lory Gil recently relayed an interesting experience dealing with the fake app phenomenon that is plaguing the App Store. And if you don’t want to be fooled, please read Christine Chan’s great article on exactly how to avoid app scams. Boiled down, just do your research before you click that buy button. (Image via fronttowardsgamer.com) 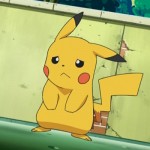 Developer Relays Story Of App Store Scammer Email From China
Nothing found :(
Try something else