You are using an outdated browser. Please upgrade your browser to improve your experience.
by Bryan M. Wolfe
March 5, 2012
The holidays arrive nine months early this week as Apple is expected to unveil the company’s third-generation iPad at a special event at the Yerba Buena Center for the Arts in San Francisco on Wednesday at 10 a.m. PST. Besides the iPad 3, what else will Apple reveal on Wednesday? Here are some guesses. Note: AppAdvice will be covering everything that Apple announces right on the site. Coverage begins at 1 p.m. EST. The iPad 3 – More or Less Guaranteed The third iPad in as many years should arrive with a Retina display, a better resolution, better camera and tapered shell, and an A5X processor. Furthermore, it could include Siri for the very first time. Expect three iPad 3 versions; 16GB, 32GB and 64GB, each at iPad 2 prices. The 8 GB iPad 2 – Maybe Launching specifically to fight off threats from the upcoming Windows 8-based tablets, the new lower capacity iPad 2 would be priced between $349-$399. Last October, Apple took a similar approach when it launched the iPhone 4S. Rather than abandoning the iPhone 4, the company released a $99 8 GB version to sit alongside its newest handset. iOS 5. 1 – Likely Apple’s iOS 5.1 Beta 3 for developers has been available since January. Therefore, expect the public release of iOS 5.1 as early as Wednesday as a free download. In addition, this will be the iOS version on the iPad 3. The great unknown: Will Siri now be included on all iDevices? Unlikely. Apple TV – Likely A third-generation Apple TV could include a faster processor and a dual-core A5 chip, which would include an improved graphics engine. Other possibilities include Siri, a redesigned Bluetooth 4.0 remote control and more. Also, the Apple TV should (finally) include 1080p video. iMac Refresh – Unlikely Although Apple hasn’t announced an updated iMac since last May, don’t expect one on Wednesday. In fact, don’t expect a refresh to any of the company’s line of desktop products. This week’s event is all about iOS and iDevices. iOS 6.0 preview – Perhaps Apple has been very quiet about iOS 6.0, which should arrive for the public this fall along with the iPhone 5. Still, don’t be surprised if the new iOS is unveiled (a little bit of it, anyway) this week. iPad mini – No way The star of Wednesday’s show is the iPad 3, not the mythical “iPad Mini.” We’d be very surprised to see a “Mini” announced this week. Instead, we might hear more about a smaller iPad in the fall. One More Thing Finally, we expect the iPad 3 to INCLUDE a visual home button, just like its predecessors. When will the new iPad arrive? The next-generation iPad could arrive at US retailers on Friday, March 16. The March 16 release date, which has long been rumored, would follow a pattern set by Apple beginning with last year’s iPad 2. In 2011, Apple announced the current-generation iPad on March 2, 2011. Just nine days later, March 11, it arrived in the US. Two weeks later, on March 25, the iPad 2 came to Australia, Austria, Belgium, Canada, Czech Republic, Denmark, Finland, France, Germany, Greece, Hungary, Iceland, Ireland, Italy, Japan, Luxembourg, Mexico, Netherlands, New Zealand, Norway, Poland, Portugal, Spain, Sweden, Switzerland and the UK. If this pattern holds, the iPad 3 would arrive in non-US countries beginning Friday, March 30. What do you think of our predictions? Anything you’d like to add or question? We’d love to know. Updated to reflect likely iPad release date(s) 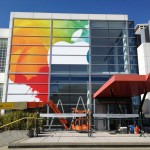 UPDATED: What To Expect At Apple’s Wednesday iPad Event

UPDATED: What To Expect At Apple’s Wednesday iPad Event
Nothing found :(
Try something else