You are using an outdated browser. Please upgrade your browser to improve your experience.
by Aldrin Calimlim
July 25, 2012
Crescent Moon Games' Slingshot Racing is about to get the Draw Something treatment. Nope, Slingshot Racing is not about to be acquired by Zynga. Thank goodness for that. What I mean, I hasten to add, is that the slingshot-powered steampunk racer is going to be updated soon with Draw Something-like asynchronous gameplay. And by that I mean that online turn-based multiplayer gameplay is going to be included to Slingshot Racing through a forthcoming update. Crescent Moon Games has revealed as much to Touch Arcade some days ago. And today, the game publisher, on behalf of developer Snowbolt Games, tweeted that the much-awaited update has been submitted for Apple's approval.

Currently, only local multiplayer mode is supported in Slingshot Racing. Using a single iPhone or iPad, up to four slingshot racers can compete to outmaneuver one another in real time. By definition, the upcoming update's online asynchronous multiplayer mode is not going to be carried out in real time. Rather, as noted by Pocket Gamer, online opponents are likely to battle it out in terms of lap times given the same sets of tracks. Recently, Slingshot Racing underwent a price drop as part of Crescent Moon Games' limited-time summer sale, reducing its price to $1.99. But it's now back to being a $2.99 download in the App Store. Even so, we here at AppAdvice advise that you get Slingshot Racing and start preparing for the tight competition that's coming down the pike. Source: Crescent Moon Games Via: Touch Arcade, Pocket Gamer 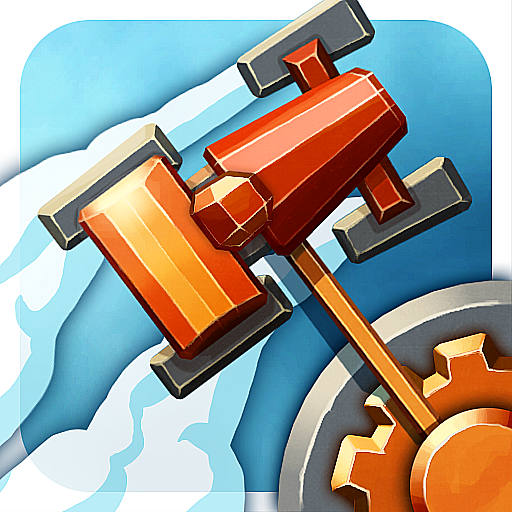 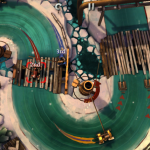 Slingshot Racing Is On The Right Track Toward Multiplayer Gaming

Slingshot Racing Is On The Right Track Toward Multiplayer Gaming
Nothing found :(
Try something else