You are using an outdated browser. Please upgrade your browser to improve your experience.
by Juli Clover
October 23, 2012
Today was the big “Little” day, where Apple finally revealed what it had in store for us during the event at the San Jose California Theatre, and the main attraction was none other than the highly anticipated iPad mini. We began the day with a pre-show following our live coverage, which you can still read here. As usual, before the event began, Apple shut down the Apple Store, and rumors continued to flow about the name of the mini. There was even a leak of the specs of the new 13-inch Retina Macbook Pro. For this event, Apple used Apple TV to offer live streaming, something the company hasn’t done before. Not only was it shown live via Apple TV, it was also broadcast on Apple’s website. Apple kicked the event off with the numbers.The company sold 5 million iPhones during its first weekend, and iOS 6 is now on 200 million different iOS devices, making it the fastest upgrade rate in history. The update to iBooks was the first announcement, and Apple added better cloud integration, better social sharing options, more languages, and scrolling text. 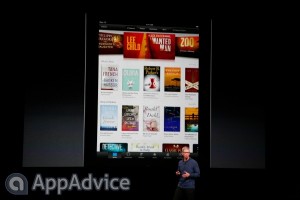 Apple's Mac updates came next, revealing, among other things, Apple's brand new 13-inch Retina MacBook Pro. The new MacBook Pro is one sexy machine, with a full Retina display in a compact package. Macs were a major focus of the event, and the update to the Mac mini came next. While there was no huge redesign, the Mac mini now has improved internals. The iMac got the biggest update of all, with an incredibly thin display that will blow your mind when you see it. This announcement also included the brand new Fusion drive, which is a hybrid of a solid state hard drive and a traditional hard drive. 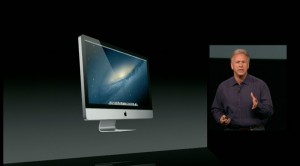 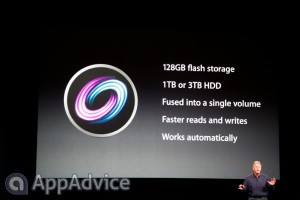 After we learned about the iMac and its Fusion drive, it was time for the main course: Apple's iPad. Apple CEO Tim Cook began with the iPad's numbers. More than 100 million iPads have been sold. Incredible, right? Not only that, the iPad accounts for 91 percent of tablet Web traffic. Schiller came back on stage and surprised us all with a new fourth generation iPad. Wow! 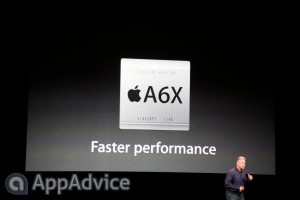 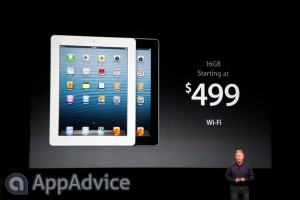 And then what we've all been waiting for came up:  Apple revealed its gorgeous iPad mini. The mini is ultra small (7.9-inches), comes in black and white, and is as thin as a pad of paper. It also has LTE, just like the iPad.

Sadly, the iPad mini does not come with a Retina display, but it does feature a speedy dual core A5 chip. The iPad mini will also be using the same Lightning connector as the iPhone 5 and the newly updated iPad. 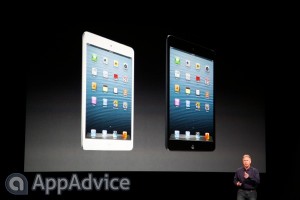 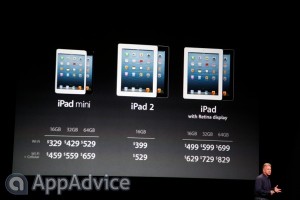 You can preorder your iPad mini on Friday, and there's already an accessory available: Apple's iPad mini Smart Cover. 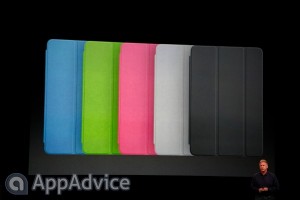 Get a full rundown on Apple's iPad lineup by checking here, and get a hands on look at the iPad mini and the brand new iMac. 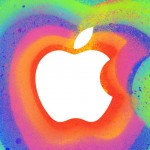 AppAdvice’s iPad Mini Event Coverage - Link Round Up And Wrap Up
Nothing found :(
Try something else