You are using an outdated browser. Please upgrade your browser to improve your experience.
by Aldrin Calimlim
December 10, 2012
It appears that the rather regrettable Apple Maps saga is far from over. The much-criticized Apple Maps app has now encountered another bump in the road, so to speak, in the form of a public warning from police in Victoria, Australia. According to Victoria Police News, police in Mildura, a regional city in northwestern Victoria, have alerted motorists not to use Apple's mapping system. This is in light of recent incidents involving Apple Maps-using travelers who ended up being stranded in the Murray Sunset National Park instead of arriving safely at Mildura. It turns out that Apple's Maps app, which debuted with iOS 6 last September, shows Mildura as being in the Murray Sunset National Park, when in fact it's actually miles away from the city.

Police are extremely concerned as there is no water supply within the Park and temperatures can reach as high as 46 degrees, making this a potentially life threatening issue. Some of the motorists located by police have been stranded for up to 24 hours without food or water and have walked long distances through dangerous terrain to get phone reception.

Consequently, Mildura Police have reached out to Apple regarding the issue. They have also urged travelers to use other mapping systems until the issue is resolved. Using other mapping systems is, of course, the same suggestion made by Apple CEO Tim Cook in his apology for the many inaccuracies of iOS 6 Maps several days after its release. And it's Scott Forstall's refusal to sign this same apology that reportedly led to his firing as senior vice president of iOS Software. What's next in the ongoing Apple Maps saga? Stay tuned ... Source: Victoria Police News Via: MacRumors 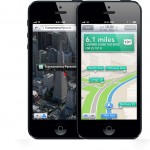 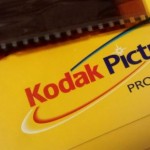 Apple, Google Double-Team To Place $500 Million Bid On Kodak Patents
Nothing found :(
Try something else