You are using an outdated browser. Please upgrade your browser to improve your experience.
by Aldrin Calimlim
May 29, 2013
At this year's D: All Things D conference, Apple CEO Tim Cook announced the hiring of former EPA chief Lisa Jackson as Apple's new environmental adviser. In addition, Cook announced Apple's acqui-hiring, I mean, acquisition of as many as nine companies since October last year. According to AllThingsD:

The Apple CEO said that in the company’s previous fiscal year it bought a company every two to three months. In its current fiscal year, which started in October, it has picked up the pace, he said at the D11 conference: Apple bought nine companies.

This bit of news comes as something of a surprise to many, since Apple hasn't disclosed most of those companies, which are, in all likelihood, small companies. Of course, Apple is likely to disclose an acquisition if it's of a big company — one that's comparable to Facebook's acquisition of Instagram a year ago or Yahoo's acquisition of Tumblr earlier this month. "We’re not currently looking at a big one," Cook said, "but we’re not opposed to doing that, if it makes sense." Regarding the popular social navigation company Waze, which Apple was rumored to be eyeing last January, Cook said that Apple did not make a bid for it. Apple was also reported to have been planning on acquiring the news-summarizing app Wavii, but it was apparently outbid by Google. One of the nine companies that have been acquired by Apple in its current fiscal year is the indoor positioning startup WiFiSLAM. The acquisition, which was reported last March, added WiFiSLAM to the list of mapping companies purchased by Apple. That list includes Placebase, Poly9, and C3, which Apple bought in 2009, 2010, and 2011, respectively. 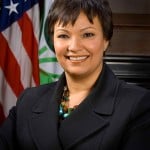 Is The iWatch Close At Hand? At D11, Apple CEO Tim Cook Says 'The Wrist Is Interesting'
Nothing found :(
Try something else