You are using an outdated browser. Please upgrade your browser to improve your experience.
by Joe White
May 20, 2013
Popular jailbreak developer Suu (the creator of Slide2Kill) has a new jailbreak tweak available in the Cydia Store. Called SafariBlankPage, this simple package will force the Safari app to always auto-launch to a new blank page, rather than to the last page visited, making it easier to quickly perform fresh searches from within the built-in application. While Apple's Safari app indeed works well, unless users close individual pages when leaving the application, upon returning to Safari the browser will load up the last viewed Web page - a process that, rather annoyingly, can take a second or two to complete. After installing SafariBlankPage, however, the application will always direct users over to a blank Web page automatically, thereby allowing iDevice owners to perform a new search immediately. As iDownloadBlog points out, a similar effect can be orchestrated by setting the Safari app's home page to "about:blank," and as such non-jailbreakers can use this method to achieve the above functionality. If, however, you own a jailbroken iDevice, SafariBlankPage can be downloaded free of charge in the Cydia Store, via the BigBoss repository. Take a look at the new jailbreak tweak now, or for further jailbreak related news, see: Cydia Tweak: Googiri Combines The Best Of Both Siri And Google Voice Search, Cydia Tweak: JellyLock Lock Screen Tweak Updated With New Features, and Cydia Tweak: LockBar Settings Lite Is Finally Ready For Action. 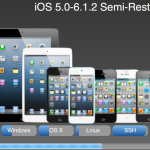 Preview: Semi-Restore Allows You To Restore An iOS Device And Keep Your Jailbreak 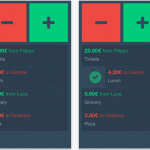