You are using an outdated browser. Please upgrade your browser to improve your experience.
by Joe White
May 22, 2013
Slitherine and Games Workshop have announced that their forthcoming Warhammer 40,000 game will officially bear the title "Warhammer 40,000: Armageddon," and is expected to launch in the App Store sometime in early 2014. While we heard back at the beginning of April that Slitherine and Games Workshop had partnered up to bring a new Warhammer 40,000 game to iOS, at the time, little else concerning the app was known. Now, however, besides the application's official name, fans of the 1987 miniature war-game will also be pleased to learn that the upcoming iOS app is set during the Second War of Armageddon, and will, according to Slitherine, allow players to:

[...] lead the Imperial forces of the Armageddon Steel Legion and Space Marines® from the Ultramarines, Blood Angels and Salamanders Chapters against Ghazghkull Thraka’s massive Ork Waaagh! invasion through over 30 scenarios, on the hostile terrain of the planet and its gigantic Hive Cities.

Development Director of the Slitherine Group Iain McNeil said: "It is very exciting to see a game like this come alive - I just can't wait to play it! It's been almost 15 years since a turn-based strategy game set in the Warhammer 40,000 universe has been released and we think it is now time to deliver that experience to all fans around the world." As outlined at Slitherine's website, features of the forthcoming app include: Besides iOS, Warhammer 40,000: Armageddon will also be available for Windows computers, and both versions of the game are expected to launch in early 2014. We'll let you know if further news concerning the forthcoming Warhammer 40,000 app hits the Web. In the meantime, see: Castle Defense HD Offers A Fun, Fully-Featured Tower Defense Experience For iOS, Could Star Wars: Knights Of The Old Republic Finally Be iOS-Bound?, and Developer: Launching Star Command Was Only The Beginning. 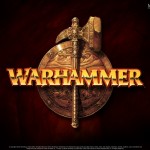 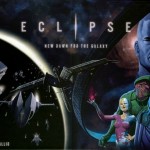 Two Popular Board Games Are Heading To iOS
Nothing found :(
Try something else