You are using an outdated browser. Please upgrade your browser to improve your experience.
by Joe White
May 8, 2013
Less than one month following the launch of T-Mobile's iPhone handset on April 12, 2013, the "un-carrier" has announced that it has sold more than 500,000 handsets. The news appeared yesterday evening alongside the network's first quarter earnings report, in which the carrier noted that it saw a 7 percent dip in revenue for the period ending March 31, compared with the previous year's results. As reported by All Things D:

“Our first quarter operating metrics and financial results are showing positive impact from the changes we began making in the fourth quarter. CEO John Legere said in a statement, adding that the company added T-Mobile branded customers for the first time since early 2009. “Things only get more exciting from here, having brought T-Mobile USA and MetroPCS together to create the wireless industry’s value leader and premier challenger.”

The carrier's merger with MetroPCS was indeed finalized recently, though T-Mobile's CEO has since announced that a MetroPCS iPhone handset isn't an immediate concern. More recently, T-Mobile launched a new iPhone 5 ad, in which AT&T's "overcrowded" 4G network is criticized, and viewers are told:

Only T-Mobile lets your iPhone 5 be as great as an iPhone 5.

While T-Mobile suffered a year-to-year financial dip, its quarterly numbers nevertheless increased, and it's indeed clear that the recent addition of the iPhone 5 will help the carrier gain momentum and increase profit in the second fiscal quarter. We'll keep you updated with further information on T-Mobile as we receive it. 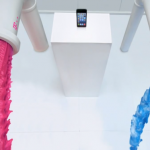 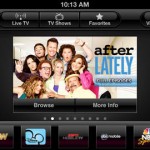 T-Mobile Launches TV And Video-On-Demand Streaming App On iOS
Nothing found :(
Try something else