You are using an outdated browser. Please upgrade your browser to improve your experience.
by Joe White
May 8, 2013
T-Mobile, the so-called iPhone "un-carrier," has launched a new ad for Apple's smartphone in which the network compares its 4G LTE service against that of rival AT&T. Particularly, T-Mobile claims that customers accessing its 4G service will enjoy a better experience than AT&T users, since the latter carrier's network is "overcrowded" by its larger number of subscribers. Here's the TV ad, see what you think: http://www.youtube.com/watch?v=h2Scc6fGz9o&feature=player_embedded

T-Mobile enjoyed an impressive iPhone 5 launch last month, and offered customers an attractive iPhone trade-in program in an attempt to get current smartphone owners to upgrade. Since, the carrier has launched a couple of TV ads, one of which aims to advertise T-Mobile's "no contract approach" to the iPhone 5. Take a look at the above advertisement now, and let us know your thoughts. Alternatively, for further industry news, see: AT&T Launches LTE Coverage In Five New US Markets, Sharp Reportedly Set To Begin Production Of iPhone 5S Display In June, and Opinion: Sometimes Even Apple Fans Must Wade Into The Android Ecosystem. 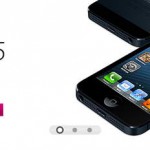 T-Mobile Sold 500,000 iPhone Handsets In Less Than One Month 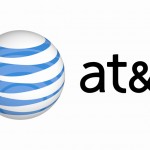 AT&T Launches LTE Coverage In Five New US Markets
Nothing found :(
Try something else