You are using an outdated browser. Please upgrade your browser to improve your experience.
by Joe White
June 18, 2013
It seems Microsoft's recurrent iPad-bashing TV ads have done little to help ASUS tablet sales. According to the manufacturer, PC and tablet sales for the present quarter are expected to be far lower than originally anticipated, and as such ASUS has decided to cut its shipment estimates by 10 percent over the previous quarter. The iPad's effect on ASUS' PC sales is indeed a historic saga that predates the launch of Windows 8 by several years. If Microsoft was hoping that its new touch-engineered OS was going to help fight off the Cupertino-based competition, however, it would appear that optimism won out over reason in that particular boardroom meeting. Focus Taiwan reports:

The Taiwanese computer maker now expects its second-quarter notebook shipments to fall 10 percent from the previous quarter to about 4.23 million units, while its tablet shipments will likely drop by 10 percent to 2.7 million units, Asustek Chief Financial Officer David Chang said during a meeting with shareholders.

Though Apple's tablet market share has dipped over the course of the last year or so, its iPad still remains incredibly strong. In part, this is of course due to the popularity of Apple's App Store, which offers tablet users more than 375,000 iPad applications. With ASUS lowering its present sales forecast the chances of Microsoft increasing its tablet market share, and thereby threatening the iPad, are obviously compromised. We'll keep you updated with further news on the tablet market as we receive it. In the meantime, see: Study Confirms: AT&T's 4G LTE Network Is The Fastest In The U.S., Digg's Google Reader Replacement Set To Launch On June 26 For iPhone, and AT&T Enables FaceTime Over Cellular For Certain Subscribers. 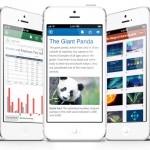 The Wait Is Finally Over: Microsoft Office Is Now Available In The App Store
Nothing found :(
Try something else