You are using an outdated browser. Please upgrade your browser to improve your experience.
by Aldrin Calimlim
June 8, 2013
BMW has just announced that it's set to integrate Siri Eyes Free mode throughout its range of models for 2014. This in-car integration of Apple's intelligent personal assistant is one of the many improvements lined up by BMW for its ConnectedDrive service. In particular, the addition of Siri Eyes Free mode to all BMW 2014 models is part of a significant update to BMW iDrive:

Siri Eyes Free integration was introduced by Apple at last year’s Worldwide Developer Conference (WWDC). At the event, Apple announced that it had partnered with a number of car manufacturers to integrate Siri into their vehicles. BMW was one of Apple's initial partners, along with Audi, Chrysler, General Motors, Honda, Jaguar, Land Rover, Mercedes, and Toyota. Hyundai was then added to the list of Apple's partner carmakers last January. Also last January, Honda announced that its Accord and Acura 2013 models would feature Siri Eyes Free integration. Then, in mid-February, Siri Eyes Free finally made its debut in the Spark and Sonic models launched by General Motors' Chevrolet. For more information and speculation on Siri Eyes Free and beyond, check out Apple Wants To Put Siri And iOS Maps Into Every Car?. 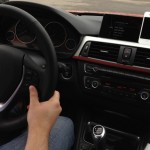 Apple Wants To Put Siri And iOS Maps Into Every Car? 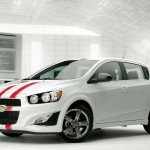 Chevrolet Introduces 'Button To End All Buttons' In New Sonic With Siri Eyes Free Ad
Nothing found :(
Try something else