You are using an outdated browser. Please upgrade your browser to improve your experience.
by Joe White
June 8, 2013
While some have been hoping that Apple might launch its anticipated iPhone 5S in September, a recent research note from Citigroup’s Glen Yeung argues that due to production issues, the forthcoming smartphone will rather grace Apple Retail Stores from October. Yeung explains, via Barron's:

Based on our field work in the hardware supply chain, we believe that Apple has forecast 80M-85M iPhone builds (combined iPhone 5, iPhone 5S, low-cost iPhone, iPhone 4S) in C2H13 to its suppliers, consistent with the findings of Citi’s Taiwan-based technology team (see: Apple Food Chain – Supply Chain Activity to Begin in July). However, our discussions with various parts of the supply chain reveal skepticism of this forecast, with some indication of downside risk to a range of 65M-75M units (Citi is at the low end of this range— 68M). This skepticism emanates from ongoing iPhone production order cuts through June (because of higher-than-expected 1H13 iPhone inventory), Apple’s typical pattern of setting a higher-than-needed order target, and a modest delay in iPhone 5S production. With respect to the iPhone 5S, our checks suggest production has been delayed by 2-4 weeks, likely due to display issues. And while this does not preclude a September iPhone 5S launch date, we suspect volumes in September may consequently be challenged.

He goes on, in an aside to the above, to reiterate rumors concerning an even larger sized iPhone set to launch in 2014, noting that Citigroup's analysts "continue to expect a 4.8-inch screen iPhone 6 to be launched" in 2014. The availability of Android-powered "phablet" smartphones has, in recent months, persuaded analysts to suggest that Cupertino could be planning on introducing a "supersized" iPhone next year, with one recent survey indicating that the product would sell well. Yeung also argues that production problems have pushed the launch of Apple's anticipated Retina display-equipped iPad mini back to a Q4 launch. In this capacity, Yeung's note mirrors a recent DigiTimes report that predicted a delayed iPad mini 2 launch, either out of choice or due to unavoidable production issues. With WWDC 2013 set to begin on Monday, June 10, however, our attention for the meantime is going to be fixed on Apple's forthcoming software-based announcements, and particularly iOS 7. Check back with us on Monday for all the WWDC news as it happens. 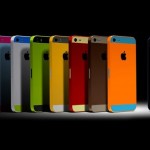 Photos Leak That Purportedly Show Parts For Apple's Next iPhone

WWDC 2013: Apple May Be Prepping An iPhone Surprise
Nothing found :(
Try something else