You are using an outdated browser. Please upgrade your browser to improve your experience.
by Joe White
June 13, 2013
Apple's iOS 7 beta is prerelease software, and as such it expectedly ships with its share of bugs. One particular issue with the operating system, however, concerns its Lock screen and all-new Control Center. With an iOS 7-powered iDevice, it's possible to bypass a passcode-protected Lock screen and access the handset's Camera and Photos apps, where the option to view, edit, delete, or share images present on the smartphone is made readily available. The issue is somewhat reminiscent of the iOS 6.1 Lock screen security bug, which Apple promptly fixed with a software update earlier this year. As Forbes explains, Spanish iPhone user Jose Rodriguez was able to bypass the passcode-protected Lock screen in iOS 7 in "just a few seconds," by launching Control Center from the handset's Lock screen, "and accessing the phone’s calculator application before opening the phone’s camera." The website continues:

It’s no surprise that iOS 7 beta has its flaws. It’s only available to those with developer accounts, for now, and those who have used it describe it as majorly buggy. It’s likely Apple will patch this bug before the operating system sees its official release.

While iOS 7 certainly looks to be an impressive upgrade, iDevice owners are reminded that installing the prerelease software on one's primary handset is ill-advised. Apple's iOS betas are designed for developers looking to create or update apps for the company's forthcoming software update, and is not intended for general use. With the above security issue (and most likely further issues) currently affecting iOS 7, installing the first beta on one's everyday iPhone is, indeed, risky business. You've been warned. Below, we've embedded a video outlining the aforementioned Lock screen issue in iOS 7 beta 1. http://www.youtube.com/watch?v=9maGRXLcPXM&feature=player_embedded

For further iOS 7 related news, see: Jony Ive Reportedly Tapped Apple's Marketing Team For iOS 7 Icon Redesign, This Is What Would Happen If We Let Jony Ive Redesign Everything, and How You Too Can Set A Stunning Panoramic Wallpaper In iOS 7. 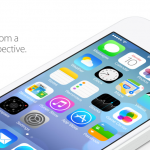 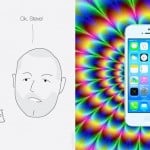 This Is What Would Happen If We Let Jony Ive Redesign Everything
Nothing found :(
Try something else