You are using an outdated browser. Please upgrade your browser to improve your experience.
by Aldrin Calimlim
June 11, 2013
Widgets have long been staples of many Android users' lock and home screens. But are they now also set to occupy a considerable portion of many iDevice users' lock and home screens following the launch of iOS 7? Well, extensive widget support is still a no-show in the new version of iOS, but we do have the next best thing: Control Center. Since its debut on iOS 5, Notification Center has been supporting optional Weather and Stocks widgets. The Weather widget displays local weather information, while the Stocks widget displays information on selected stocks. There's also the optional Share widget for Twitter and Facebook, which lets users compose tweets or status updates with a single tap. And now, a sort of widget-filled complement to Notification Center has been announced by Apple in the form of Control Center. As shown in our hands-on video below, Control Center is a new translucent menu that's available anywhere you are on iOS (with optional access from the lock screen) by swiping up from the bottom edge of your device's screen. If you can't see the video embedded above, please click here. Control Center gives you instant access to device setting toggles, including airplane mode, Wi-Fi, Bluetooth, Do Not Disturb mode, and portrait orientation lock. It also lets you easily adjust your device's brightness and control music playback. As well, it includes one-tap access to AirDrop and AirPlay. Finally, Control Center provides quick flashlight switching and fast launching of the Clock, Calculator, and Camera apps. As mentioned, Control Center is introduced in iOS 7, which was already released to developers yesterday and is set for public release this fall. Stay tuned to AppAdvice as we give you more sneak peeks into some of the most promising features of iOS 7. 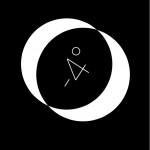 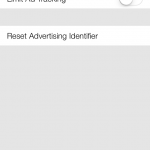 Improved Privacy Changes In iOS 7 To Keep Advertisers From Accessing Personal Data
Nothing found :(
Try something else