You are using an outdated browser. Please upgrade your browser to improve your experience.
by Aldrin Calimlim
June 11, 2013
Along with the highly anticipated iOS 7, Apple's long-rumored music streaming service made its big debut during the WWDC keynote address yesterday. Previously dubbed "iRadio," the new service is actually called iTunes Radio. And we have a hands-on video to show you, offering a deeper look at iTunes Radio. As pointed out by my colleague Dom in the view below, iTunes Radio is built into the Music app in iOS 7. In fact, it's the first tab by default in the app. The new Pandora-like service lets you listen to music stations featured by Apple and created by you yourself. In iTunes Radio's main screen, the featured stations are found across the top, while your very own custom stations are located at the bottom. With iTunes Radio, you can skip tracks six times presumably within a one-hour window. But the skip count resets every time you switch to another station. If you can't see the video embedded above, please click here. For every song, iTunes Radio offers options to "play more like this," "never play this song," and "add to iTunes wish list." It also enables you to purchase a song straight from iTunes. But if you already own a song, iTunes Radio's iTunes Match support lets you download the song from iCloud onto your device. You can create a new iTunes Radio station based on an artist, song, or genre. You can rename a station and even specify artists whose songs you don't want to play on a certain station. Unsurprisingly, iTunes Radio is integrated with Control Center, letting you control its music playback from anywhere on iOS 7. Apple's iTunes Radio is set to launch in iOS 7 initially in the U.S. before rolling out internationally over time. The service is free to use in an ad-supported version, and iTunes Match subscribers can enjoy using the service ad-free. Later today, we’ll be comparing iTunes Radio with Pandora, Spotify, and Rdio, so be sure to check back here on AppAdvice for that and for more information on iOS 7's new features. 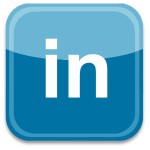 Could Native LinkedIn Sharing Be Heading To iOS 7? 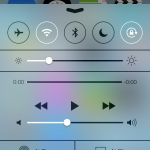 Check Out iOS 7's All New Control Center In This Hands-On Preview Video
Nothing found :(
Try something else