You are using an outdated browser. Please upgrade your browser to improve your experience.
by Joe White
June 20, 2013
In an interview with Verizon's chief financial officer Fran Shammo, The Wall Street Journal notes that the United States' largest, "most reliable" network could be planning on expanding to Canada. According to Shammo, the carrier is currently "looking at the opportunity" in an attempt to determine whether the expansion would be wise. If such a move goes ahead, subscribers in Canada would presumably be able to access Verizon's wireless network, which offers impressive (though not unbeatable) 4G LTE speeds, on an iPhone or iPad. Previously, it had been reported that Verizon was interested in purchasing Wind Mobile, the Canadian carrier who recently started offering customers iPhone 5 nano-SIM cards. With more than a handful of regulations to be navigated, however, it's unlikely that we'll see Verizon launch over the border in the near future. Though we'll be sure to keep you updated with further information as we receive it. In the meantime, see: There's More Bad News On The Retina Display-Equipped iPad mini Front, Apple Authorized Service Providers Soon To Offer iPhone Repair Program?, and Spindle Discovery Service Joins Twitter's Flock. 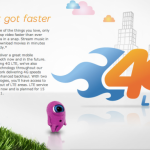 Study Confirms: AT&T's 4G LTE Network Is The Fastest In The US 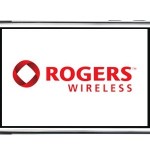 Canadian Carriers To Offer LTE-Enabled iPads, iPhone 5 Nano-SIMs
Nothing found :(
Try something else