You are using an outdated browser. Please upgrade your browser to improve your experience.
by Joe White
June 28, 2013
Most U.S. carriers have been hard at work expanding their respective 4G LTE networks, though Verizon claims that its process of 4G LTE network expansion is now "substantially complete," according to a recent report from PCMag. According to the carrier's chief technology officer Nicola Palmer, there remain "just a few markets" where Verizon has yet to launch its super fast network, "and the vast majority of those markets will be launched by the end of this year." At the moment, around 95 percent of the U.S. population is able to access Verizon's 4G LTE network on a compatible smartphone or tablet. With 500 4G LTE markets - and one, the carrier's first, to launch in Alaska next month - it's clear that Verizon is indeed the United States' "most reliable" network, even if it doesn't offer speeds quite as fast as AT&T. What's next for the carrier, you ask? Well, HD Voice for a start. The feature (known also as Wideband audio) is supported by a handful of smartphones - including the iPhone 5 - and allows users to enjoy an extended frequency range while engaging in calls, which results in improved clarity. HD Voice is set to launch for Verizon customers in 2014, according to Palmer, though the launch won't go city by city. Instead, large areas of the United States will have HD Voice switched on at once. "It will quickly become big for us," Palmer added. We'll keep you updated with further information as we receive it. In the meantime, AT&T-powered iPhone users can enable HD Voice on their smartphone using a hacked carrier update file, and with any luck, it could be that Verizon customers may soon enjoy a similar option. If you're interested in reading some of our recent Verizon related news articles, see: Verizon CFO: Big Red Could Be Canada-Bound In Potential Expansion, Study Confirms: AT&T's 4G LTE Network Is The Fastest In The U.S., and AT&T Follows Verizon, Makes Disappointing Changes To Its Upgrade Policy. 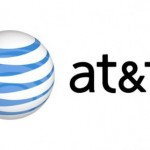 How To Enable HD Voice For AT&T-Powered iPhones 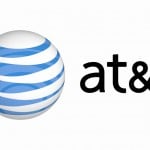