You are using an outdated browser. Please upgrade your browser to improve your experience.
by Bryan M. Wolfe
July 15, 2013
Apple will begin production on the seventh-generation iPhone by the end of this month. This means that the so-called “iPhone 5S” should arrive in stores in late September or early October, according to Business Insider. According to Jefferies analyst Peter Misek, production has already begun on the so-called “iPhone mini.” Selling for $300-$400 without a subsidy, this budget handset should launch alongside Apple’s traditional iPhone. At that price point, Misek says, “it will not be competitive in emerging markets.” For the fourth quarter, the analyst expects Apple to order 50-55 million iPhones. Interestingly enough, his breakdown by model doesn't include Apple's current handset, the iPhone 5. However, it does include the iPhone 4S, which first launched in 2011. He expects Apple to order 25 million iPhone 5S devices, 20 million low-cost iPhones, and 5 million iPhone 4S handsets. The iPhone 5S is expected to look a lot like the current model. It may include a better camera, support LTE-A, and arrive in multiple colors. It may also come without Apple's iconic physical home button. As usual, we'll keep you updated. In the meantime, see: When We Should Expect New iPhones, iPads and Macs, Verizon May Soon Be Kicking Themselves For Agreeing To Sell The iPhone, and Foxconn Said To Begin Shipping The First Budget iPhone Units To Apple. Photo: Colour & Style

When We Should Expect New iPhones, iPads and Macs 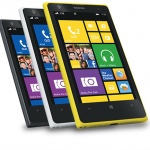 Nokia Surprises Industry By Launching The 41 Megapixel Lumia 1020 Smartphone
Nothing found :(
Try something else