You are using an outdated browser. Please upgrade your browser to improve your experience.
by Bryan M. Wolfe
July 26, 2013
Apple has assembled a new speech technology team in the Boston area that is likely working on its voice-activated virtual assistant, Siri. The team just so happens to be made up of former VoiceSignal Technologies employees, a speech software company that was purchased by Nuance in 2007, according to Xconomy. The group includes Gunnar Evermann, who worked at Nuance before joining Apple in 2011. It also includes Larry Gillick, who was the vice president of research at Nuance after the VoiceSignal acquisition. Don McAllaster has also joined the team, a senior research scientist who first arrived at Apple in 2012. The creation of a Boston-based speech technology team suggests that Apple is looking to rely less on Nuance in the future to provide “Siri’s guts.” First launched by Apple in 2011, Siri was once heavily criticized for its lack of features. However, Apple has steadily improved the feature, and will again with iOS 7. The voice assistant is now available on the iPhone 4S, iPhone 5, iPad 3, iPad 4, and iPad mini. Nuance, which is based in Burlington, Mass., provides speech recognition software across multiple devices and platforms. It wasn’t until May of this year that they admitted to being the “fundamental provider” of voice recognition technology for Siri. See also: Hands-On iOS 7: How To Change Siri’s Voice From Female To Male, and Could Offline Dictation Be Heading To iDevices In iOS 7 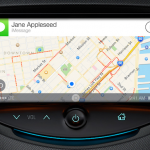 Updated: Apple Security Breach Could Delay Launch Of iOS 7 Beta 4
Nothing found :(
Try something else