You are using an outdated browser. Please upgrade your browser to improve your experience.
by Joe White
July 16, 2013
The anticipated Steve Jobs biopic, "Jobs," is set to hit theaters on August 16, and as such countless trailers have been surfacing online, with one even recently appearing in Instagram. Now, in a post added to Quora, Ashton Kutcher explains in his own words why he chose to portray Jobs the way he does in the forthcoming picture. He notes:

Choosing to take this role was very difficult. I greatly admire the work that Steve Jobs has done and have many friends and colleagues who knew and/or worked for Steve. So, when I read a screenplay that was not entirely flattering to his character I had great reservations. But I chose to take on the role for a couple reasons.

Kutcher identifies four particular reasons for his decision to play Steve Jobs in the movie: So far, "Jobs" is one of three Steve Jobs biopics available or in production. The first to be released was Funny or Die's dreadful movie "iSteve," starring Justin Long (who played "Mac" in Apple's "Mac and PC" ad campaign). Kutcher's "Jobs" will launch next, while one further biopic written by Aaron Sorkin and based on Walter Isaacson's biography "Steve Jobs" is currently in pre-production. Below, we've included a trailer for "Jobs," which will launch on August 16, 2013. Have you reserved your ticket yet? http://www.youtube.com/watch?v=exOFfoxcXW8&feature=player_embedded 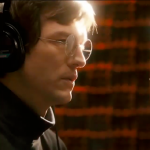 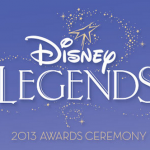 Apple Co-Founder Steve Jobs To Be Honored With A Disney 'Legend' Award
Nothing found :(
Try something else