You are using an outdated browser. Please upgrade your browser to improve your experience.
by Joe White
July 10, 2013
Microsoft's latest ad for Windows 8-powered tablets advises prospective customers that with its own mobile operating system, users can "do two things at once without dropping the ball." Referring to the multitasking feature in Windows 8, which allows tablet users to browse two applications simultaneously, the TV ad goes one step further and once again aims the crosshair at the most popular tablet computer in the world: Apple's iPad. Here's the ad, see what you think: http://www.youtube.com/watch?v=oG0yZLEPN_Y&feature=player_embedded

Of course, Microsoft's Windows 8 doesn't enjoy an overly healthy relationship with the baseball industry. When asked about the potential of target mobile operating systems other than iOS and Android earlier this year, MLB.com's head honcho Bob Bowman offered the following diagnosis at AllThingsD's D: Dive Into Mobile conference:

There's no other. It's iOS and Android. The "other" is less than a percentage point.

Ouch. Microsoft has previously taken a shot at both Siri and iPad hardware in two further TV advertisements. Whether anyone is actually taking notice of the company's anti-iPad ad campaign, however, remains to be seen. For more of our recent news, see: Eddy Cue Joins Tim Cook To Iron Out Content Issues At Sun Valley Conference, Day One For Mac Gains PDF Export And Printing Plus Other Journaling Enhancements, and Apple's iOS 7 Beta 3 Improves Compatibility Mode On Non-Retina iPads. 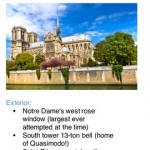 Apple's iTunes Radio Service May Soon Have Competition From Microsoft
Nothing found :(
Try something else