You are using an outdated browser. Please upgrade your browser to improve your experience.
by Joe White
July 4, 2013
In a Twitter conversation with one jailbreak fan, famed iOS hacker @MuscleNerd confirmed that no bootrom exploit has yet been discovered for Apple A5+ iDevices. This is disappointing news, especially since many had hoped hacker @p0sixninja's recent projects concerned the development of such an important jailbreak exploit. Bootrom exploits are extremely useful since they allow hackers to develop tethered jailbreak solutions for iDevices, regardless of their present firmware. However, if jailbreakers were hoping that such an Apple A5+ compatible exploit had been discovered by a member of the jailbreak community, @MuscleNerd's recent Twitter posting delivered some bad news:

There is no A5+ bootrom exploit, by anyone. Not even a bootrom dump. Nothing. — MuscleNerd (@MuscleNerd) July 3, 2013

Though popular hacker @p0sixninja had been rumored to be developing a new jailbreak solution (possibly powered by a bootrom exploit), he since confirmed that his project, "openjailbreak," rather concerns the creation of a new repository of code for jailbreak developers. It's not all bad news, though. When asked if Apple is finally closing down on jailbreakers, @MuscleNerd replied: "Not even close." We'll keep you updated with further information as we receive it. In the meantime, for more of our recent jailbreak related news articles, see: Cydia Tweak: Actiwidget Puts Activator Action Shortcuts In Notification Center, FireCore Updates aTV Flash (Black), Adds Support For Apple TV 5.3 And More, and Popular Hacker Hopes To Enhance The Jailbreak Scene With "OpenJailbreak". 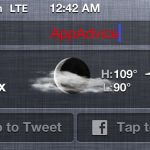 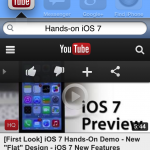 Cydia Tweak: Search YouTube From The Home Screen With VeloxTube For Velox
Nothing found :(
Try something else