You are using an outdated browser. Please upgrade your browser to improve your experience.
by Joe White
August 28, 2013
In the latest Apple TV update, Apple giveth and unfortunately for hackers of the set-top box, Apple also taketh away. That's because while five new channels were added to the Apple TV in its update, including the Disney Channel and the Weather Channel, the Cupertino, Calif. company also appears to have disabled the popular PlexConnect hack we told you about a few months back. As a reminder, PlexConnect allowed Apple TV users to stream video from a computer or iDevice to their HDTV:

Enter PlexConnect. The brainchild of Baa and roidy, it’s a super clever little hack which allows a rich, fully-functional Plex client on un-jailbroken ATV2 and ATV3 (1080p!) devices. Essentially, you run a program on your computer which masquerades as the Trailer app. Next, change one setting on the ATV, and you’re up and running. It took me less than 2 minutes to install and get it running. It already uses the new transcoder (which means great support for subtitles), and I suspect it’ll support myPlex soon as well. In the PlexPass preview release of the media server, it also supports AC3 5.1 (remuxing and transcoding from DTS).

Now, however, 9to5Mac is reporting that following the update, PlexConnect is blocked on Apple TVs. The news has also been confirmed by countless users in an ever-growing PlexConnect forum thread. As of this writing, we're unsure whether Apple has intentionally blocked PlexConnect, or if minor alterations made in the update have rendered the hack incompatible. Hopefully, the folks from Plex will be able to fix the problem in the near future. We'll keep you updated with further information as we receive it. In the meantime, see: AutoCAD 360 Updated With Full Retina Support, Improved PDF Display And More, Top-Grossing Strategy Game Clash Of Clans Updated With Player Profiles And More, and Rumored Gold iPhone 5S Housing Goes Under The Knife In New Scratch Test Video. 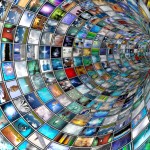 The AppAdvice Week In Review: With The Champagne On Ice, Apple Turns To TV
Nothing found :(
Try something else