You are using an outdated browser. Please upgrade your browser to improve your experience.
by Joe White
August 7, 2013
It's official: iTunes is the United States' favorite video streaming service, according to a recent consumer satisfaction survey conducted by ForeSee. In the research firm's 2013 Mobile Satisfaction Index: Media and Entertainment Edition, consumers were asked to choose their favorite of 22 video services, which included HBO Go, Netflix, Amazon Instant Video, and Hulu Plus. Top of the list, however, was Apple's iTunes Store, with the online service scoring 80 out of a possible 100 points. HBO Go and Netflix shared the No. 2 position, and each scored 79. The average score for such services was 78, and Hulu Plus was awarded a below-average 75. 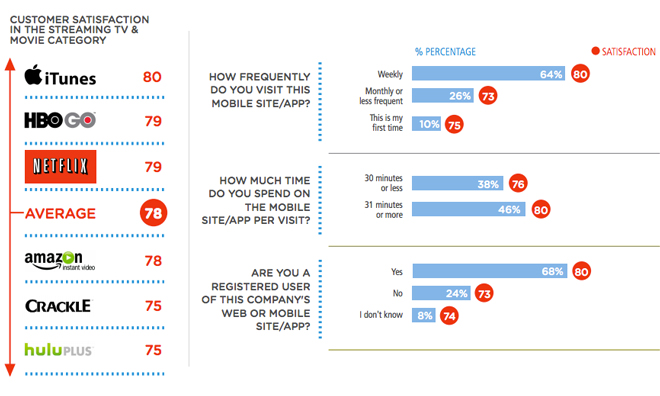 iTunes is the de facto experience when consumers are using Apple's iOS platform. The iTunes app comes pre-installed on iPhones and iPads. It is a significant market advantage that users do not have to elect to download the app. Also, it provides guidance to other content and media apps since the iTunes app's user experience has become the standard for how other apps look, feel, and behave. Millions of consumers then actively choose to engage with iTunes to download content.

Of course, Apple's iTunes has proven to be popular all round: Recently, the service served more than 1 billion podcast subscriptions, and in May more than 50 billion iOS applications were downloaded through the App Store. Rumors concerning an Apple HDTV and accompanying television service, however, could see the Cupertino, Calif. company further assert itself as a popular movie- and TV-streaming option. Is iTunes your go-to video service, or are you more of a Netflix user? For more of today's news, see: PC Market Levels Out, Apple Still Dominates But Lenovo Is Gaining, Apple Offering In-Store Discounts On Certain Accessories This Month, and Adobe Reader Goes To 11 With New CreatePDF And ExportPDF Premium Services. 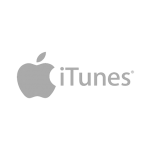 Apple To Allow Pre-Teens To Open iTunes Accounts Through School 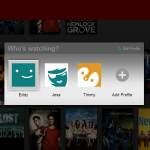