You are using an outdated browser. Please upgrade your browser to improve your experience.
by Joe White
August 14, 2013
During the second fiscal quarter of 2013, Foxconn reportedly saw an increase in profit of 41 percent due to strong sales of Apple's iPhone handset. While predictions for Q2 2013 iPhone sales were between 25-27 million, sales figures of 30 million meant that the China-based manufacturer smashed its own targets, too, exceeding its anticipated net profit by an impressive 0.66 billion New Taiwan Dollars (or U.S. $22 million). As such, while Apple reported second quarter earnings of $6.9 billion, Foxconn enjoyed N.T. $16.98 billion in profit (U.S. $566.7 million) for the three-month period, which ended on March 30, 2013. It's worth noting, however, that analysts had predicted Q2 2013 earnings for Foxconn to be closer to N.T. $16.32 billion (U.S. $544.2 million). The Wall Street Journal explains how Apple's success during the quarter has had an expected knock-on effect:

TAIPEI—Hon Hai Precision Industry Co. [Foxconn], assembler of Apple Inc.'s iPhones and iPads, posted a 41% rise in second-quarter net profit, helped by strong iPhone sales. But the profit jump is unlikely to soothe concerns that the company, which earns more than 40% of its revenue from Apple, faces challenging times ahead as Apple's growth momentum slows. Hon Hai's shares, traded in Taiwan, have fallen about 12% since the beginning of 2013, mirroring Apple's losses earlier this year on concerns over customer fatigue with iPhones and iPads. The benchmark Taiex stock-market index gained 3.6% during the same period.

Remember, of course, that earlier this year - and amid Apple stock concerns - Foxconn hastily announced that it was looking to diversify its business, which depends on iDevice sales for around 40 percent of its profit. Since, the China-based manufacturer has been able to hire an additional 90,000 workers in anticipation of the next-generation iPhone handset - or handsets, as the case may be. Though Pegatron is said to be manufacturing Apple's low-cost iPhone, the flagship iPhone 5S is still expected to be produced in Foxconn plants. As such, fall isn't too far off, and Apple sales are set to further increase. Foxconn, as usual, will continue to ride on the back of Cupertino's continued success - even if that ride, in 2013, at least, has been more than a little bumpy. As always, we'll keep you updated with further information as we receive it. In the meantime, see: Cydia Tweak: EasyIconEdit Allows You To Move Multiple Apps At Once, DirecTV App For iPad Gets Redesigned With New Look And New Navigation Features, and Back Housing Of The Rumored Yellow "iPhone 5C" Makes Video Debut. 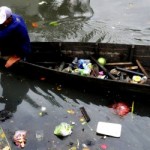 China Investigating Two Apple Suppliers Amid Claims Of Pollution
Nothing found :(
Try something else