You are using an outdated browser. Please upgrade your browser to improve your experience.
by Brent Dirks
August 21, 2013
Now this is one card game I can get excited about. Konami has just recently announced Star Wars: Force Collection, an upcoming card battle title for iOS devices. The title will hit the App Store on Wednesday, Sept. 4 Here’s an overview of the game from the promotional site:

Collect, build, and battle! Experience the Force in a whole new way with Star Wars: Force Collection, a card battle game for iOS and Android devices. Collect over 230 character cards and discover special vehicle blueprints to create the ultimate Battle Formation. Once your deck is built, challenge and defeat rivals in strategic battles, leveling up among the Jedi or Sith Orders. Adventure through quests, participate in massive in-game events, and battle bosses and other players as you fulfill your destiny. Choose wisely; you alone determine your path to the light or dark side.

After a victory, players can loot other gamer’s Blueprint Pieces to level up their Battle Ranking. For other recent app news, see: Netflix Adds A New 'My List' Feature To Make Finding Streaming Video Content Easier, Sign Language App Featuring Oscar Winner Marlee Matlin Gets Significant Update, Surprise: Madden NFL 25 Pops Up In The Canadian App Store, and Take That Instagram Video: Vine's User Base Is Said To Have Passed 40 Million. 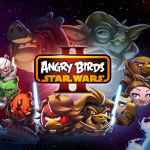 Win A Copy Of Contra: Evolution And Enjoy Classic Gaming Wherever You Go
Nothing found :(
Try something else