You are using an outdated browser. Please upgrade your browser to improve your experience.
by Aldrin Calimlim
August 2, 2013
Pretty soon, you're going to find yourself getting hooked on a new iOS game. That's because Mikey Hooks has been confirmed for launch in the App Store next week. Yup, the highly anticipated sequel to the popular retro platformer Mikey Shorts is finally coming out on Thursday, Aug. 8, as announced by developer BeaverTap Games:

Mikey Hooks has been approved by Apple and will be released on August 8th! http://t.co/vWuIoENjjA

If you can't see the video embedded above, please click here. Just last week, my colleague Joe reported that Mikey Hooks had been submitted to Apple for approval. Well, the approval process apparently went quite smoothly, as the game is already set for release in just a few days. As Joe noted:

Mikey Hooks expands on its predecessor in one important way. Now, the pixellated protagonist – Mikey – is charged with the task of swinging through level after level. But worry not, because the superb 8-bit graphics, the catchy music, and the addictive gameplay which made Mikey Shorts a classic has remained.

As mentioned, Mikey Hooks is set to swing into action in the App Store on Thursday, Aug. 8. It's a universal download for iPhone, iPod touch, and iPad, and it's equipped with iCloud support for cross-device syncing. It includes 36 levels across six environments, with more than 220 fun disguises to unlock. We here at AppAdvice are definitely looking forward to Mikey Hooks, since we're big fans of Mikey Shorts. In our review of Mikey Shorts, which was released last August, we noted that it's a "platforming game that’s about as close to perfect as you can come." In addition, we named Mikey Shorts as one of AppAdvice's Top 10 Best Paid iPhone Apps Of 2012. 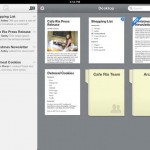 AppAdvice Daily: Favorite App Picks Of The Week
Nothing found :(
Try something else