You are using an outdated browser. Please upgrade your browser to improve your experience.
by Joe White
September 12, 2013
It's bad, bad news for British carrier O2, as the network has confirmed that Apple's new iPhone 5s and iPhone 5c will take "a couple of weeks" to work properly with its recently launched 4G LTE service. The news comes shortly after we confirmed that all four of the country's 4G LTE carriers will be compatible with Apple's new iPhones. Though Everything Everywhere (EE) and Vodafone will support both iPhones from the offset, however, it appears that O2 will require an additional carrier update in order to bring the iPhone 5s and iPhone 5c in line with its 4G LTE network. The news comes from The Times, who explains:

The new version of the iPhone will not connect to O2’s 4G network in Britain when it is launched, after the network revealed that it has to wait for Apple to launch a software upgrade. The admission is a huge blow to O2’s reputation after winning plaudits as the first network to introduce the iPhone to Britain and enjoying exclusive rights to sell the smartphone for two years.

It should be noted that the article doesn't mention a specific iPhone, however at this point we're assuming both the iPhone 5s and iPhone 5c will be unable to connect to O2's 4G LTE network upon launch. As a result of this monumental blunder, O2 is planning on reducing iPhone 5s and iPhone 5c contracts by £5 per month until the problem has been resolved. We'll keep you updated with further information on the situation as we receive it. In the meantime, see: Squid Up In Order To Go Way Up And Save The World In This New iOS Arcade Game, Square Enix Confirms New Final Fantasy Agito RPG Is In Development, and Disney Launches Where's My Water? 2 As Original Game Celebrates 2 Years On iOS. 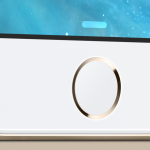 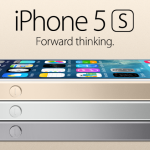 Here's How Twitter Reacted To The iPhone 5s, iPhone 5c And More
Nothing found :(
Try something else