You are using an outdated browser. Please upgrade your browser to improve your experience.
by Bryan M. Wolfe
September 12, 2013
With Apple’s iPhone event in the rearview mirror, attention now turns to October when another “special event” is likely. Cupertino has yet to announce when this event will occur. Still, we have a pretty good idea what new products will be featured.

Since first being announced by Apple in June, OS X Mavericks has been going through an active development and testing process. To date, Apple has released seven developer previews. The last was launched on Sept. 3. OS X Mavericks includes a number of enhancements. These include improved multiple-monitor support, the introduction of iBooks and Maps applications, new power-user features, and more.

The iPad 5 is likely to be much thinner than previous models, while the iPad mini 2 should receive the Retina display treatment. Both should be powered by a new Apple A7X processor and include better cameras.

Intel’s latest processor, “Haswell,” is already in the MacBook Air. That same technology should soon find a home in next-generation MacBook Pros. We’ll also soon see the brand new Mac Pro, which was first unveiled at WWDC. The iMac and Mac Mini should each receive minor updates.

Something is happening on the Apple TV front. Whether it is a full hardware upgrade, or simply a software bump remains to be seen. At this point, an actual Apple television unveiling in October seems unlikely.

In 2012, Apple announced its Oct. 23 iPad mini event on Oct. 16. Assuming that Apple sticks to a similar schedule this year, we should expect invitations to arrive for the event on or around Oct. 14. See also: New Video Compares Leaked iPad mini 2 Back Housing To Its Predecessor, and Apple Could Be Working On A 'Mystery Product.' 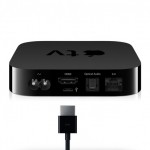 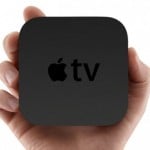 Apple To Update Its Apple TV With Impressive AirPlay Feature On Sept. 18
Nothing found :(
Try something else