You are using an outdated browser. Please upgrade your browser to improve your experience.
by Joe White
September 13, 2013
PixBits' Junk Jack X has just received its first ever update, and a whole load of alterations and fixes have been made in version 2.0.1 of the app. Perhaps most importantly, however, the application's developer has come up with a clever way to stop online misbehavior in the collaborative social-sandbox game. As a reminder, the popular sequel to Junk Jack, which launched last month, allows players to join with friends using Game Center, and to build up virtual worlds together. However, over the course of the past couple of weeks, iDevice users have encountered one recurring problem in particular. You see, in Junk Jack X, when your character dies he or she drops their items. These can be recovered at a later point, but herein lies the source of the app's online trouble. In essence, hosts of online worlds in Junk Jack X have been setting up traps for visiting players, killing them off, and grabbing all of their loot. It's a dog eat dog game, if ever there was one! Fortunately, however, PixBits has addressed this problem and more in Junk Jack X's update. As outlined in the application's release notes, changes (which are aplenty!) include: Junk Jack X can be downloaded in the App Store for $4.99, and is optimized for the iPhone, iPad, and iPod touch. Check out the recently updated application now, or for more of our recent app news, see: Official Angry Birds Star Wars II Trailer Shows What It Is Like On "The Pork Side", "Infinity Blade: Origins" Is Released Just Days Before The Launch Of The Newest Game, and Face The Depths Of The Dungeon In Heroes Of Loot. 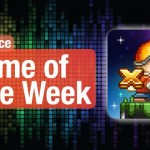 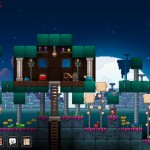 Sequel To Popular Sandbox Game Junk Jack Hits The App Store With Lots Of 'X-tras'
Nothing found :(
Try something else