You are using an outdated browser. Please upgrade your browser to improve your experience.
by Joe White
September 25, 2013
Microsoft and Nokia might have laughed off Apple's new lines of iPhones, but one rival company - Samsung - is following the Cupertino, Calif. company's lead, and has introduced a gold smartphone of its own just two weeks after Apple's Sept. 10 event. In a Twitter update published from its Samsung Mobile Arabia account (@SamsungMobileME), the new handset, the Galaxy S4 Gold Edition, is shown off. As you can see, two models - Gold Brown and Gold Pink - are on offer.

Samsung's Galaxy S4 Gold Edition will initially be available in the United Arab Emirates, and as of this writing it's not known whether we'll be seeing the golden Android-powered handset appear elsewhere. We'll keep you updated with further information as we receive it. In the meantime, see: Desperate Times: Microsoft's iPad Trade-In Soon To Include iPhones, Report Claims, Nissan To Be Apple's Exclusive Automative Ad Partner For iTunes Radio, and Couple-Centric App Avocado Updated With iOS 7-Style Design And New Features. 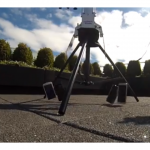 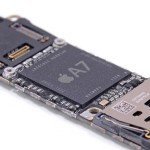 The A7 Processor Powering The iPhone 5s Is Made By Samsung
Nothing found :(
Try something else