You are using an outdated browser. Please upgrade your browser to improve your experience.
by Joe White
September 30, 2013
Packing a mighty punch thanks to its Apple A7 processor, the iPhone 5s is Apple's most powerful handset yet. But how does it compare against the first-generation iPhone, the iPhone 3G, the iPhone 3Gs, the iPhone 4, the iPhone 4s, the iPhone 5, and the iPhone 5c? In one new comparison video, Apple's seventh-generation smartphone goes into battle against its predecessors. As a reminder, the iPhone 5s is the first of Apple's handsets to include a 64-bit processor. This not only makes the smartphone the most powerful to come out of Cupertino, Calif., but it also makes it possible for iOS applications to present impressive graphics in gaming environments. One such application to have achieved this already is the iPhone 5s-optimized Infinity Blade III. Now, however, we can take a closer look at how all of Apple's iPhone handsets compare against one another. Each handset in the video has been freshly restored and is not jailbroken, and each is running the latest compatible version of Apple's iOS. Tasks such as reboots and Web browsing are undertaken, and the results, in some cases, are surprising. Here's the video, see what you think: http://www.youtube.com/watch?v=8eSrdgTHhK0&feature=player_embedded

Apple's iPhone 5s sold out both in Apple Retail Stores and in the Apple Online Store upon launch, however stock is slowly being replenished. It's even been noted that in-store pickup could arrive for iPhone 5s handsets in the coming days, making it easier for customers to get hold of the seventh-generation smartphone. For more information on Apple's seventh-generation handset, be sure to take a look at our further iPhone 5s related articles. See also: Learn How To Think And Play Music Like A Pro With Shapes Music For iPad, Apple Dethrones Long-Reigning Coca-Cola As Most Valuable Brand In The World, and MagicalPad For iPad Updated With iCloud Support Ahead Of iPhone Version's Launch. 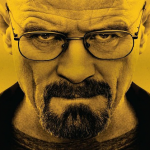