You are using an outdated browser. Please upgrade your browser to improve your experience.
by Joe White
October 28, 2013
Apple is planning on launching its first Apple Retail Store in Brazil by March 2014, according to a recent report. The news comes from 9to5Mac, which claims that the new Apple Store will be located in a retail mall in Rio de Janeiro (pictured above). Citing a reliable source, the website notes that Apple is aiming to open the new Apple Retail Store between February and March next year, "but delays due to construction and staffing are always possible." 9to5Mac continues:

The source says that Apple’s retail expansion into South America is a high priority, and the company will begin seeking Apple retail employees from its U.S. stores to relocate to Rio de Janeiro for several months in the first half of 2014. Apple is said to want the U.S. employees to work in the new store in order to demonstrate and teach Apple’s retail practices. These America-based employees will also serve as temporary employees that can assist customers during this time period.

The website adds that another source claims Apple had planned on launching the store in July this year, but due to staffing problems this target has obviously been missed by a long way. The Cupertino, Calif. company hopes that it won't see a repeat situation occur in the forthcoming months, but as with all Apple Retail Store launches, delays are always a possibility. In 2014, the FIFA World Cup is being held in Rio de Janeiro in Brazil, and as such a February-March launch for Rio's Apple Retail Store would fit perfectly. Given that the city is set to receive a huge wave of visitors during the summer months of 2014, an Apple Retail Store in the region would obviously do well. As a reminder, Apple made a similar move in 2008 to coincide with the Beijing Olympics, and built a flagship store in the region. The Village Mall shopping center in Rio de Janeiro will play host to Apple's first Brazilian retail store, and the venue inside the mall has been under construction since 2012. We'll keep you updated with further information as we receive it. In the meantime, see: 5by5 Radio Gets Updated For iOS 7, Goes Free For Halloween, Action-Based Email App Dispatch Updated With Unified Inbox And Other Improvements, and Apple Expected To Confirm Nov. 15 Date For The Fourth Wave Of Its iPhone 5s Launch. 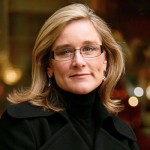 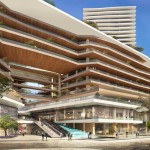 Turkey's First Apple Retail Store To Launch In Istanbul Next Year
Nothing found :(
Try something else