You are using an outdated browser. Please upgrade your browser to improve your experience.
by Joe White
October 17, 2013
Apple has increased the prices of its iPhone 5s and iPhone 5c in France, a recent report notes. The news, which reached us from iGen.fr, comes as a surprise, especially since the handsets have been available for less than a month. Pricing, however, has indeed changed, and each model has seen a different price hike. The 16GB iPhone 5s and iPhone 5c have seen their price tags increase by €10, the 32GB models have had their prices increased by €12, and the 64GB iPhone 5s is now €18 more expensive in France. This translates over to price increases of between $13 and $25. Though no further price changes in Europe appear to have been made, Apple also altered the App Store pricing for Japanese developers and users yesterday, in a move made to reflect changes to the value of Japan's yen. This comes following a further alteration made in May, whereby the price of iPads and iPods increased in the Japanese Apple Online Store. Apple often makes minor changes to its international pricing in order to reflect present exchange rates. In this instance, however, it's unfortunately bad news for French iDevice users yet to upgrade to an iPhone 5s or iPhone 5c. See also: ZAGG Posts Thinner Backlit Keyboard Cases For Apple's iPad 5 Online, Cartoon Network Unleashes New Ghost Toasters - Regular Show Platform Shooter, and What Secrets Does Device 6 Hold? Find Out In Simogo's Newest Game For iOS. 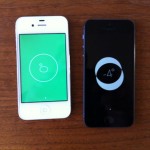 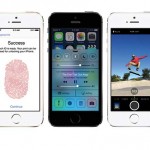