You are using an outdated browser. Please upgrade your browser to improve your experience.
by Joe White
October 20, 2013
Purported data recently sourced from Apple's indirect channel inventory indicates that the Cupertino, Calif. company could be planning on offering its first-generation iPad mini alongside a long-rumored Retina display-equipped model. The channel also indicates that stock of Apple's third-generation Apple TV is high, suggesting that a refresh is unlikely. Of course, it's impossible for us to know whether the data, which reached us from AppleInsider, is legitimate. In addition, interpreting the data properly is also difficult. AppleInsider explains:

It should be noted that the data behind the chart comes from one of Apple's indirect channels that support big-box retailers and resellers, and not those channels that serve the company own online and retails stores. It therefore should b.e [sic] used only to supplement existing information surrounding the company's upcoming product launches on Oct 22, as it does not offer conclusive evidence in all cases.

However, the stock levels of Apple's first-generation 7.9-inch tablet (Wi-Fi only) in its 16GB and 32GB iterations are said to be "shockingly" high, while further models of the iPad mini are "average to low" in terms of availability. As such, the information could indicate that Apple is planning on keeping the non-Retina display iPad mini on the market, and offering it to consumers at a lower price point. Though, as AppleInsider adds, "Apple may have just recently dumped its remain [sic] inventory of iPad minis from its direct channels into its indirect channels ahead of next weeks [sic] introductions, a practice that is not uncommon for the Cupertino-based company when it needs to clear out its channel for new stock." The data is reconstructed in the below table: As you can see, the same can be said of the third-generation Apple TV. People familiar with the data said that inventory of the set-top box is "the highest it has been in months." Though at the same time, other reports have indicated that a refreshed Apple TV, too, is also in the cards for next week. As a reminder, Apple's media event is scheduled for 10 a.m. PDT on Tuesday morning. We'll be covering the day's news from start to finish, so check back with us. In the meantime, see: Today's Best Apps: Qwhizzle And Pinch Pong, Quirky App Of The Day: Help The Undead Boogie In Zombie Dance Off, and KGI Securities: Slimmer A7X-Powered iPad 5, Retina iPad mini, No Touch ID. 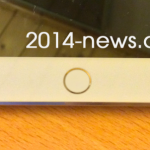 Two New Reports Claim Touch ID Is iPad-Bound, After All
Nothing found :(
Try something else