You are using an outdated browser. Please upgrade your browser to improve your experience.
by Brent Dirks
October 21, 2013
Update: BBM has arrived in the App Store. Download it here. After a long wait and an embarrassing false start, BlackBerry has announced that BBM for iPhone should be arriving in the App Store momentarily. That’s the good news. The bad news is, much like with popular app Mailbox, BlackBerry is instituting a reservation system. After downloading the app, you’ll need to open BBM and enter your email address. That will hold your spot in line. When you’ve reached the front of the virtual line, BlackBerry will send an email saying that you can finally use the app. If you took the time to sign up on the BBM.com site, you’ll be able to use the app immediately. It’s been quite an interesting journey for the anticipated app. Officially announced back in May, the struggling smartphone maker said BBM would arrive sometime in the summer. A comprehensive user guide was accidentally posted in late August, fueling speculation about when the app would finally be ready. Almost a month ago, BBM finally arrived – but not for long. Thanks to a leaked version of the Android app, the company pulled the iOS version of the app. Last Monday, CMO Frank Boulben said the company had fixed the issues and that BBM’s launch was imminent. We’ll update you when BlackBerry Messenger can be downloaded in the App Store. It will be free. It will be interesting to see how popular BBM will be with iPhone users, especially with the huge number of other free messaging apps to choose from. 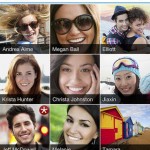 BBM Could Launch On iOS And Android 'Within Days,' Says BlackBerry CMO
Nothing found :(
Try something else