You are using an outdated browser. Please upgrade your browser to improve your experience.
by Joe White
October 31, 2013
Over the past few months, at long last the monopoly held over Britain's 4G LTE market has been taken from Everything Everywhere (EE), and the country's carriers are challenging one another in glorious competition to offer subscribers the best possible deals. The latest example of this comes from O2, which has announced an impressive PAYG scheme for its customers. Called "Pay & Go Go Go," the plan is simple. For £15, subscribers get 500MB of 4G LTE cellular data access, along with 75 inclusive minutes and 500 texts. After just three months, however, every aspect of the plan doubles - except the price - meaning that your £15 bags 150 minutes, 1,000 texts, and 1GB of cellular data. There are 3G offerings available, too, which are slightly lower in price. But 4G LTE access is what subscribes are likely most interested in. Gizmodo has the low down on how O2's new offerings compare against EE's, and explains that with EE:

So far, O2 and EE are the only British carriers offering PAYG 4G LTE plans. But other carriers, including Vodafone and - eventually - 3, have pay monthly deals available. Though of course, in terms of 4G LTE coverage, EE still reigns supreme. You know what they say about the early bird. See also: Preorder ZooGue's iPad Air Cases And Get 30 Percent Off Their Regular Prices, El Papa Is Back With A Brand New Rap: Papa Sangre II Launches For iOS, and It's Hammer Time: Gameloft Unleashes Official Game Of "Thor: The Dark World". 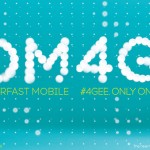