You are using an outdated browser. Please upgrade your browser to improve your experience.
by Joe White
October 15, 2013
One new report claims to pinpoint the dates Apple's next-generation iPads will be available to purchase. If true, iDevice users can expect the iPad 5 and second-generation iPad mini to launch in Apple Retail Stores and the Apple Online Store between Oct. 30-31, 2013. The report comes from MacG, a French language website with a reasonable track record. Besides claiming an Oct. 30 or Oct. 31 date for the iPad 5 and iPad mini 2, MacG adds that it expects a refreshed MacBook Pro to launch between Oct. 24-25, and Apple's next-generation Mac Pro to become available on Nov. 15, indicating that an unnamed source has provided the dates. Both new iPads are expected to feature Apple's A7 processor, though most are still unsure as to whether Touch ID - the fingerprint sensor which first launched with the iPhone 5s - will be added to either tablet. Though the iPad 5 is rumored to borrow from the form factor of Apple's small-size 7.9 iPad, the iPad mini 2 will look largely similar (albeit somewhat thicker) but should feature a high-resolution Retina display. Apple's MacBook Pros are thought to be Haswell-powered, resulting in improved battery life and performance, and allowing the laptops to power 4K monitors, such as this one. The new Mac Pro, of course, has already been announced. As we explained during Apple's WWDC keynote presentation earlier this year:

The machine is sporting a brand-new appearance and features a 12-core Intel Xeon processor, 1,833 MHZ memory, and flash memory storage. [...] It is the first Mac that comes with standard, dual GPUs. And it packs a big punch in just 1/8 the volume of the previous version of Mac Pros. It will also support multiple streams for the new 4K displays. And as suspected, it will be the first Mac assembled in the United States.

So there you have it: if MacG has it right, Oct. 24-25, Oct. 30-31, and Nov. 15 are all dates worth putting in your diary. Though of course, we'll let you know once the release dates are officially confirmed. As a reminder, Apple is expected to hold its iPad media event on Oct. 22. See also: General Motors Bringing Apple's Siri Eyes Free To New 2014 Models, Final Fantasy VII For iOS Could Happen, But Would Take "Years" To Develop, and Apple Hires Burberry CEO Angela Ahrendts To Take Control Of Apple Stores. 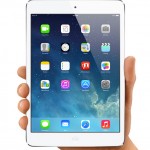 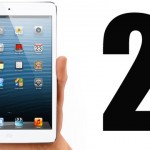 What Apple's iPad Mini 2 Needs To Remain The Best Selling 7-Inch Tablet
Nothing found :(
Try something else